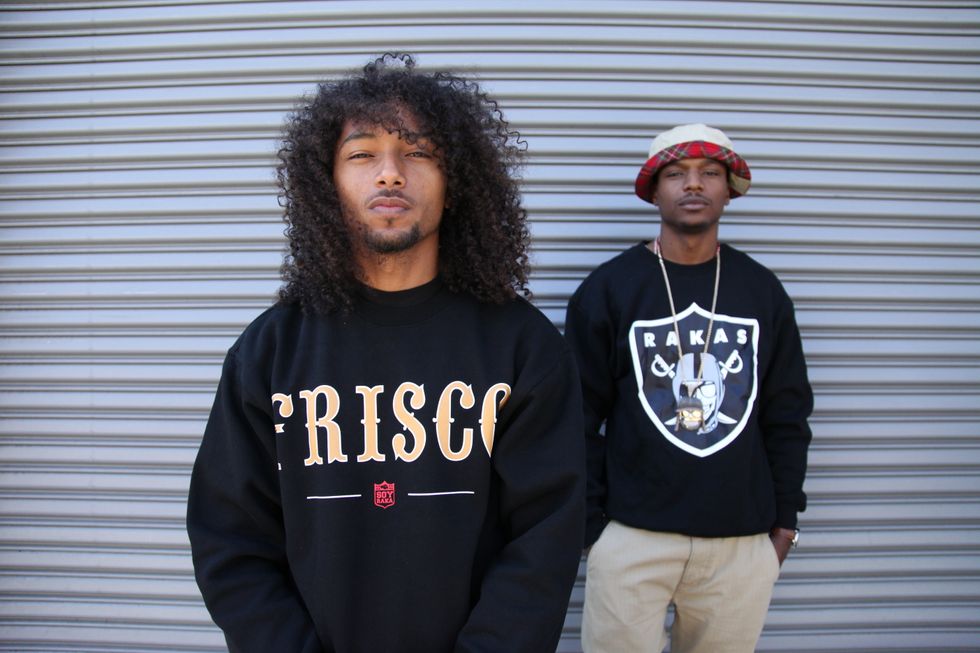 There's some cool shit going down at the White House. Oakland-based Panamanian hip-hop duo Los Rakas are the latest rappers set to perform for the Obamas later this month.

The bilingual performance will be part of a first-of-its-kind summit being hosted by the Obamas from Friday, April 29 through Monday, May 2. The Brioxy White House Summit for Innovators of Color will “convene 100 of the country’s top innovators of color in their 20’s and 30’s working to build opportunity for young people of color." And though the full lineup has not yet been announced, the program includes discussions about the Black Girl Magic, #BlackLivesMatters, the innovation economy, and more.

Formed in the mid-2000s in Oakland by two cousins who go by the names Raka Rich and Raka Dun, Los Rakas had their first hit “Bounce” in 2006. Their unique sound, a fluid fusion of Panamanian roots and Bay Area hip-hop, has been called “PanaBay." They've also been known to experiment with new genres in their songs, such as reggaeton, reggae and even New Wave, in their decade-long career.

The band announced earlier this week via Twitter that they expect to release a self-titled album this year. In the meantime, put on your headphones and jam to this single— sure to get your heart rate up on a Monday morning.