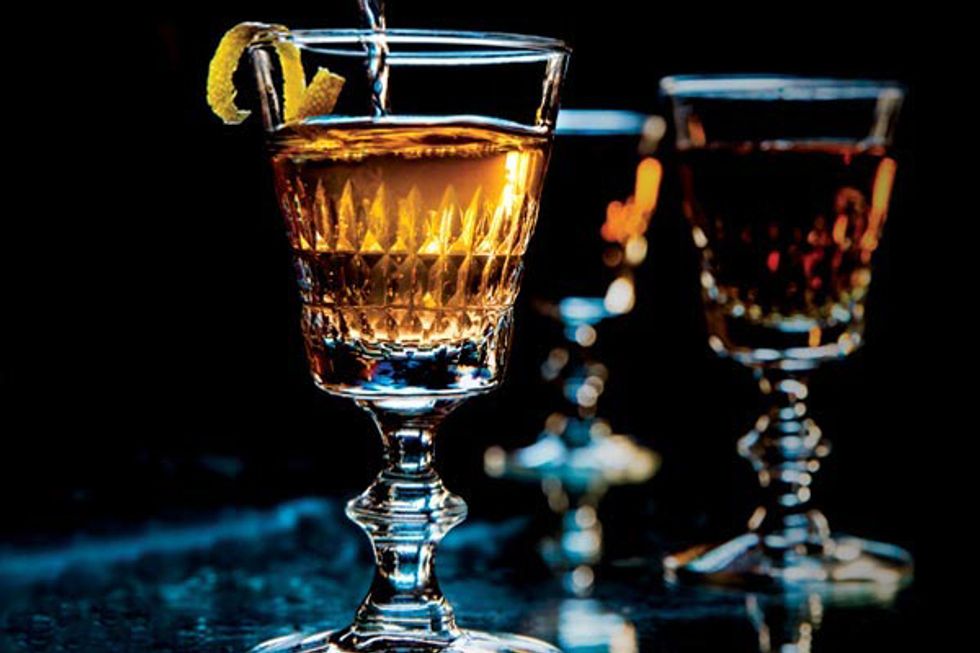 If you last saw a bottle of sherry in the back of a dusty liquor cabinet, its San Francisco cult following may surprise you. But this old-school fortified wine is gaining momentum—going beyond esoteric insider obsession to the trendy tipple of choice.

“Most people think of sherry as rich and dessert-y,” says Yanni Kehagiaras, bar manager of Nopa and Nopalito, whose lists have always included multiple options. “But once your eyes are open to the spectrum of styles, the game changes,” he says.

Food and wine industry folks like sherry for its complexity, rarity, and depth of flavor. “They’re some of the most versatile wines out there,” says Kristen Capella, wine director at TBD, which pours more than 25 varieties. “With other wines, you deal mainly with acidity and fruit. With sherry, you get umami flavors, like iron, saltiness, nuttiness, and leather.” Ranging from bone-dry to syrupy, sherry offers limitless pairing opportunities. But you should know your stuff before ordering a glass.

True sherries are produced within a small triangle of towns in the southwestern Spanish province of Cádiz. They’re aged via the traditional solera process, wherein new vintages of white grape juice are gradually added to vintages as old as 50 years. Midway through fermentation, the batches destined to become dry styles—fino and manzanilla—are allowed to develop flor, a yeasty skin that blocks out oxygen to keep the color pale and the flavor bright and mineral-y. Amontillado and oloroso sherries, on the other hand, are oxygenated as they age, deepening to an amber hue with notes of toffee, raisins, and a bit of smoke. Some, such as cream sherries, are sweetened with juice from super ripe grapes to become unctuous dessert drinks.

For newcomers to sherry, conversion can be intimidating, but “cocktails seem to be a common entry,” says Comstock Saloon owner Jonny Raglin, who regularly experiments with sherry behind the bar. Because many sherries have flavors similar to spirits—amontillados can have bourbon qualities while herbaceous finos are more gin-like—they make great mixers. “We’ve even used some sweet sherries in place of simple syrups to add a baked-fruit sweetness to cocktails,” says Capella.

But if you’re into sipping sherry straight, you’ll find them plenty flexible. “They work as an aperitif, with a main course, or as a dessert wine,” Capella points out. And with a low price tag, you can sample a slew in one night. Grandma would be proud.

See our picks for sherry cocktails to try around town here.