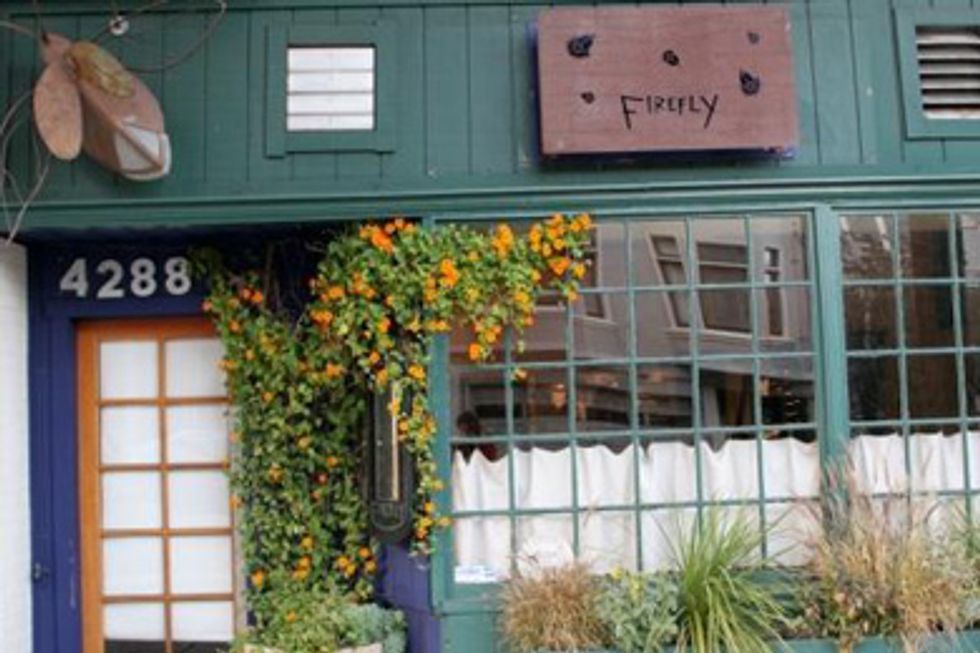 It's Fall. And with Fall, restaurant openings go haywire. Charles Phan's Wo Hing General Store,three new BBQ/Southern-inspired restaurants (in the Mission and the Marina) and the first of three Bay Area Umami Burgers should be opening in the next few months. And that's just off the top of my head. With soft-opening this, and grand opening that, firing off left and right, sometimes it's nice—necessary, even—to step back and relish the gems that've been sitting here, right underneath our noses, for years: the Chez Papas, Canteens, and Outerlands of our city. This post is dedicated to the San Francisco fixtures that haven't just survived for three, five, maybe even 20 years, in our cutthroat restaurant-scape; they've flourished. And you better believe they've got something good in the works for the next few months.

Why now: When Uva opened, its inspiring cheese and charcuterie plates and dangerously drinkable lambrusco carafes were enough to keep things exciting. Those elements continue to define the restaurant in the relatively deprived Lower Haight, but about a year ago, owner Boris Nemchenok started up an enticing happy hour deal involving half price pizza, pasta and such. More recently, he added an entirely new secondi section to the menu, starring hanger steak with potato parmigiano-reggiano sformato and sausage cooked in red wine and fennel broth.

Why now:  Zazie keeps dishing out crowd favorites, like the sugar pie pumpkin pancakes coming back this month. Owner Jennifer Piallat also knows what matters to the neighborhood. That's why corkage is always waived on Tuesdays, and Monday means "dog night." Bring your pooch to dinner, you get $10 off any bottle of wine. This year, Piallat also added a few new heaters to the back patio, so dining outside under the stars on a crisp evening is even more sublime.

Why now: With new chef Adam Keough in place for about a year now, the restaurant has been added to the Chronicle's Top 100 Restaurants List for the first time ever, as new pastry chef Bill Corbett is drawing crowds in his own right. New on the menu this fall are slow-roasted pork rib eye with jalapeno-cheddar grits, a mushroom-artichoke tart, crowned with a poached egg and Liberty Farms duck breast, smoked in-house and dabbled with huckleberry jus. Carlos Yturria is still shaking up a mean, seasonal drink at the bar.

Why now: Historically, Firefly's fried chicken would come and go unpredictably, like the San Francisco fog. No longer, now that owner Brad Levy recently decided to make Fried Chicken Tuesdays a regular thing. Also chef de cuisine Luc Prellwitz is back in the kitchen after a year-long stint at The French Laundry and Ubuntu. Just imagine what that's done for the menu.

Why now: The bar here—where people like Brooke Arthur and Dominic Venegas started making names for themselves—continues to innovate. Freshly muddled Sungold tomato cocktail, anyone? Michelle Polzine continues to kick butt in the pastry kitchen. Can we say elephant heart plum upsidedown cake? And the kitchen is currently bringing in the apples, pears, braises and such for the change of season.

Why now: Truffle season in Italy begins on October 15 and Perbacco will begin to plan its delicious truffle menu, something that will be available at the restaurant come November. The restaurant's five year anniversary is coming up on October 26, and I'm told something special is in the works.

Why now: Menu staples like the simply elegant burrata with toast and salted chocolate budino continue to be best sellers, as new chef David Taylor adds new inspiration from Capagna, Italy to the kitchen. Meanwhile Candace Rowan is doing wicked things with peaches fresh in from Healdsburg. The peach crostata with honey gelato continues to sell like crazy.  And that's all without mentioning sommelier-owner Shelley Lindgren's wine program, inarguably one of the most unique Italocentric lists in the city.

Surely, you've got a long-standing neighborhood favorite to add to the list. Tell the world about it in the comments section.