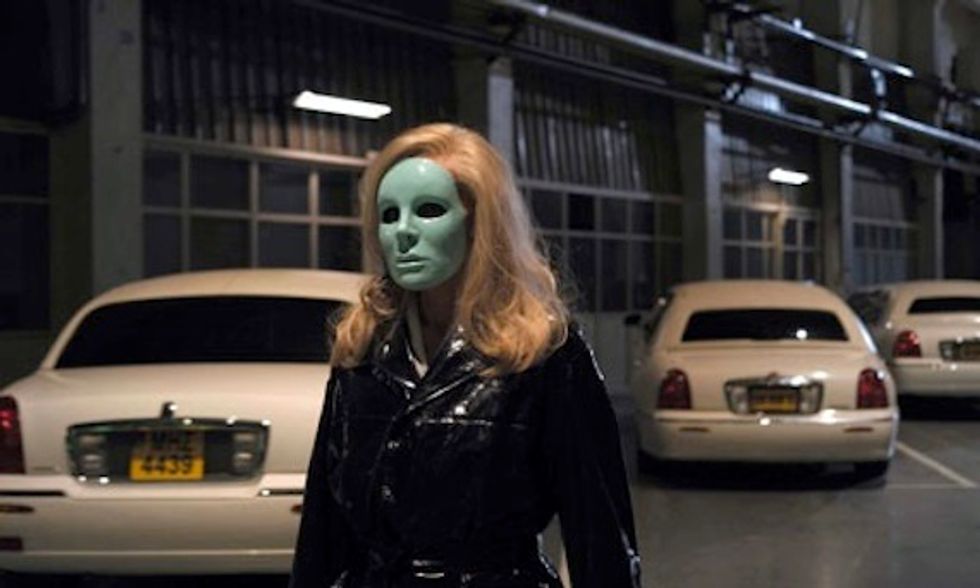 Somewhat troublingly for those of us without cars, bikes or private helicopters, one of the San Francisco's biggest film events, the Mill Valley Film Festival, isn't actually in San Francisco. Known for its propensity to attract top-tier talent and lead the Oscar season more than its laughably ugly program covers, the MVFF takes a bit of patience to reach by bus, but is resoundingly worth the trip, and makes a great weekend mini-getaway to boot.

Since it tends to be slammed on its debut weekend, I have a little trick–I don't go until the second week. Because the intensity has died down somewhat, it's actually the best time to hit the festival, and there are still opportunities to see nearly all of the films–don't let the "At Rush" signs scare you away. Here are seven picks of best bets from the second weekend of the fest:

Holy Motors
Leos Carax's hyped-to-heck Holy Motors took Cannes by surprise earlier this year as the wildcard nom for the Palme d'Or, ultimately snatching the lesser-but-still-impressive "Award of the Youth." Destined for a spot on the wall next to Lynch's late-era goodies, viewers will either celebrate it as high art or dismiss it as a load of bollocks, but the ride is worth the price of the admission and you may not see this one back in theaters any time soon. Plays today and Friday.

Argo
Like festival standout Fat Kid Rules the World, Ben Affleck's latest is one of Mill Valley's features edging out their theatrical release by only a day or two. Sure, you can see the LA story/political thriller hybrid at the Metreon starting Friday, but why not make a day of it and head up to the last screening at MVFF? Maybe if you get lucky, star Bryan Cranston will stick around for the second screening! Plays Friday.

Lore
Managing the neat trick of appearing shockingly contemporary while firmly rooting itself in the period to which it is bound, Cate Shortland's intelligent, emotive look at the the fallout of World War II could excite even the most hardened opponents of historical filmmaking. Plays today and Sunday.

Mars et Avril
This sweeping and spiraling Montreal-via-Hollywood Sci-fi by Marin Villeneuve, former Cirque du Soleil artistic director and the brother of Incendies director Dennis, toes the edges of reality in a post-everything world a millennium away from our own. Echoes of The Fifth Element and Big Ideas from film's recent past will likely delight those missing a certain something in Hollywood's recent offerings. Plays Friday.

Richness of Internal Space
This enthralling diary of a kidnapped architect's near year in solitary captivity makes the first truly viable case for the Prison Thriller sans female convict scorpions and yard politics. Tyro director and star Kai Parlange's debut film is justifiably rough around the edges, but the urgency of the material and it's delivery make it nerve-jangling, if strangely serene, watch. Plays Saturday.

The Institute
We interviewed director Spencer McCall last weekend about his journey into, around and through Jeff Hull's game-changing SF-based ARG (Alternate Reality Game). There still two screenings of his mind-warping Jejune Institute doc yet to screen at Mill Valley, where it's making its World Premiere today, and a little birdie told us that there could be a strange scene at the first screening–bring your protest sign and check it out for yourself. Plays today and Sunday.

Life of Pi
Festival Darling Ang Lee's returns to Mill Valley this year for a screening of his massive adaptation of Yann Martel's ubiquitous best-seller, an epic undertaking for which it looks as though Lee may have borrowed the lens of fanatical fantasist Tarsem Singh (The Cell, The Fall). The real gem here is actually the closing night party, which boasts all the food, feasting and song you'd expect, but takes place at the well-loved 32Ten Studios, where a number of classic Hollywood films did their effects shots… anyone remember the end of Indiana Jones?). Plays Sunday.