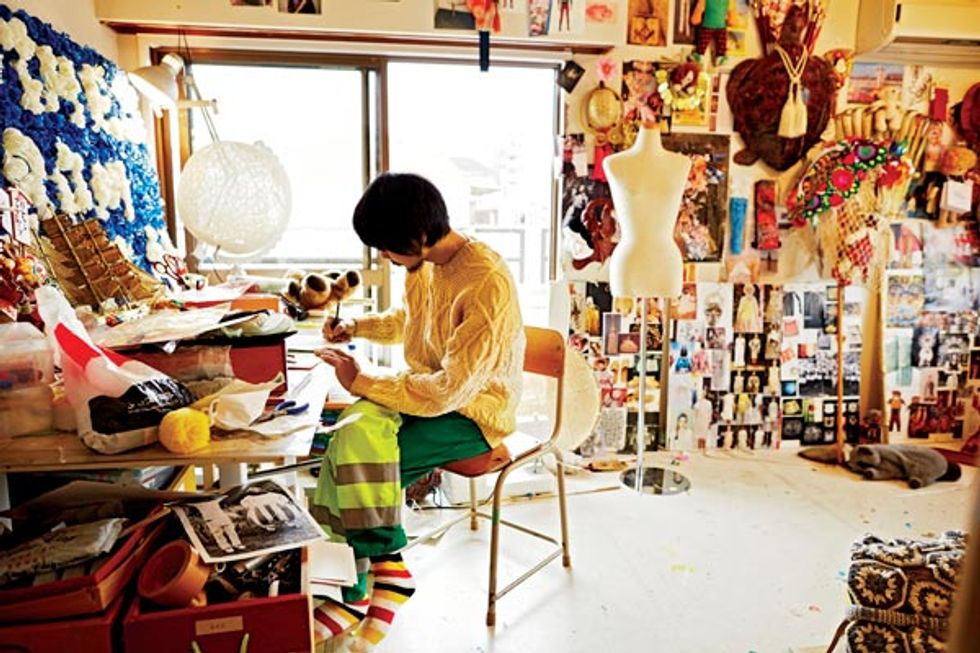 Fashion people are more willing than anyone to be photographed,” says Todd Selby, 36. And he should know. The photographer, who launched his website The Selby in 2008, has made a career of pointing his camera at celebrities and creative types inside their homes. “I’ve always been interested in people and their spaces,” says the Brooklyn resident. This month brings the release of his third book, Fashionable Selby, a compilation of photographs and interviews with diverse denizens of the fashion world.

Barneys New York creative ambassador-at-large Simon Doonan, also a good friend of Selby’s, provides the introduction, in which he calls fashion “the new global spectator sport.” It is a fitting preview for a trove of voyeuristic moments, revealing models, artisans, stylists, and designers in their spectacularly outfitted element.

“I wanted to make an interesting book about fashion for people who might not necessarily know a lot about it,” says Selby, who found inspiration in his fiancé Danielle Sherman, the creative director at eco-fashion label Edun. The pages expose the workshops and homes of industry veterans—including shoemaker Guiseppe Zanotti and French womenswear designer Isabel Marant—and under-the-radar tastemakers, including Japanese clothing designer Yoshikazu Yamagata (above) and Elie Top, whose jewelry designs for Lanvin and Baccarat are both accessory and art.