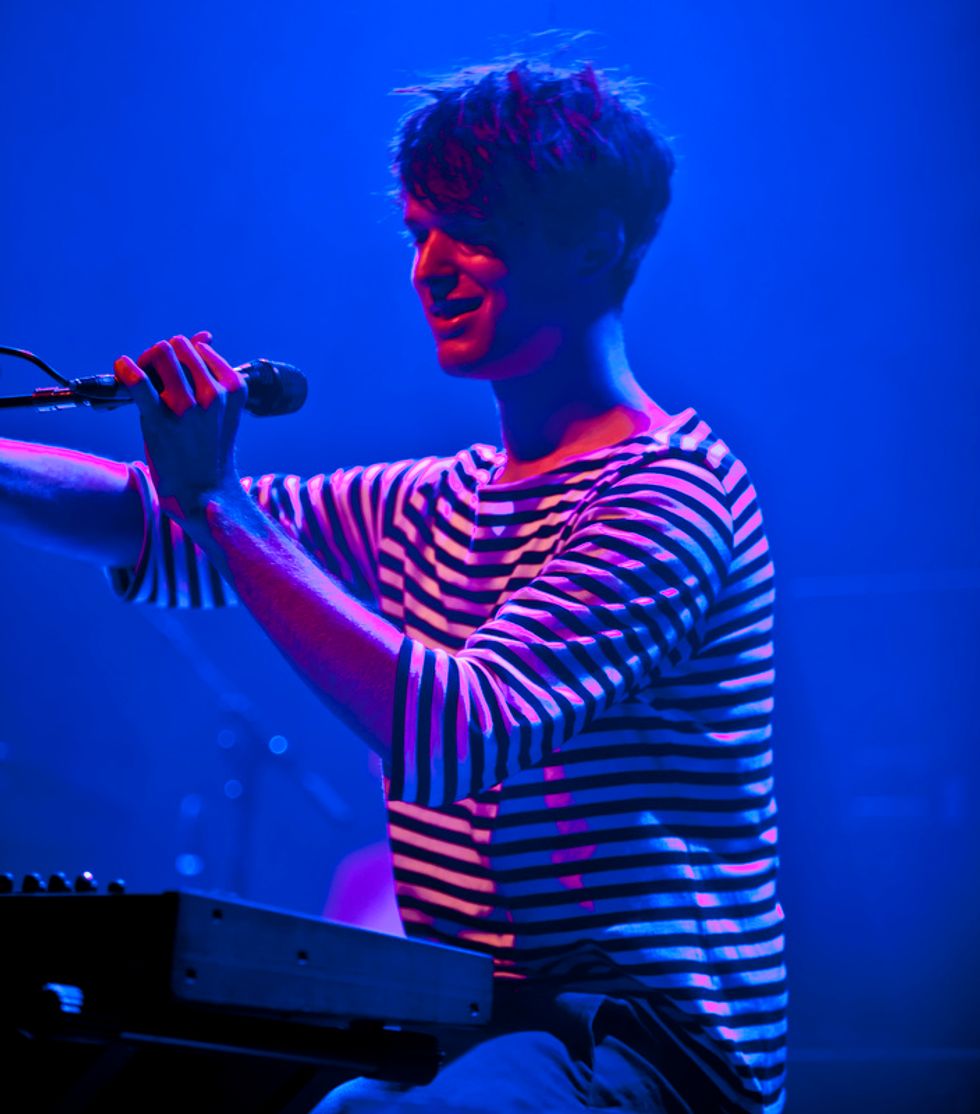 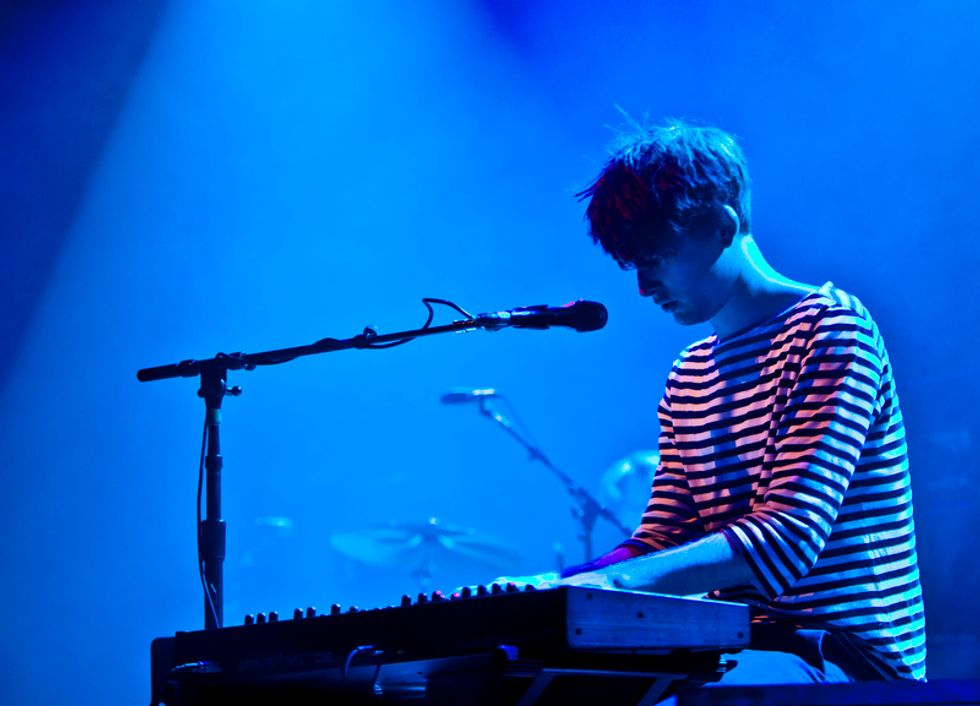 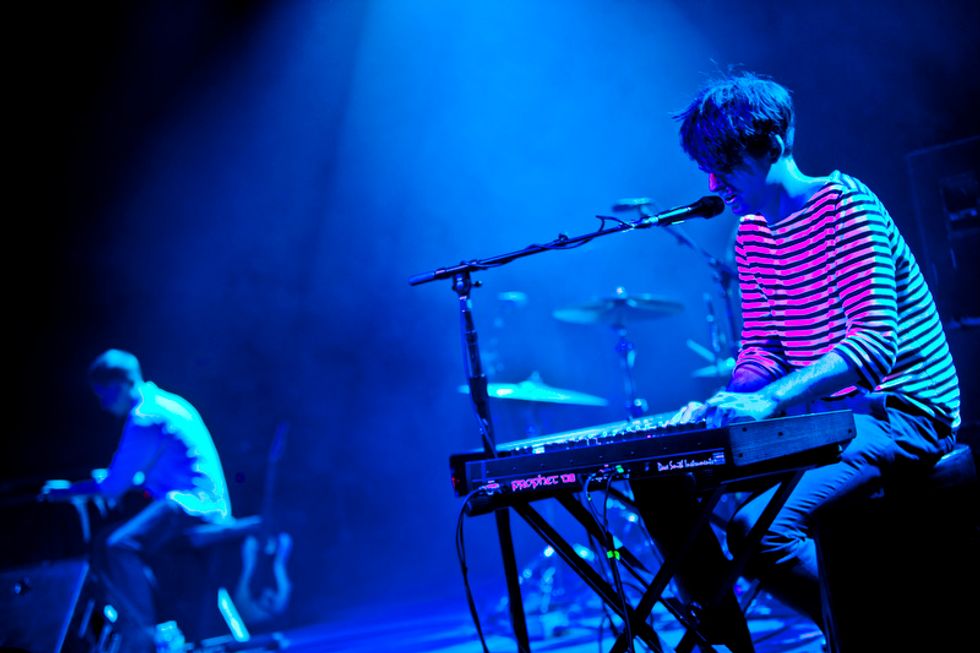 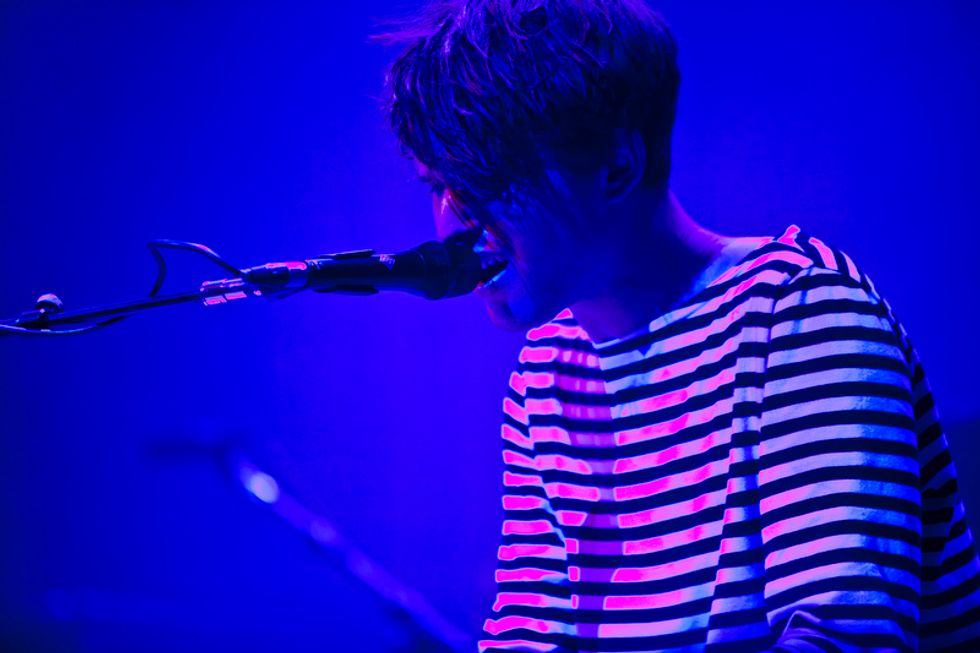 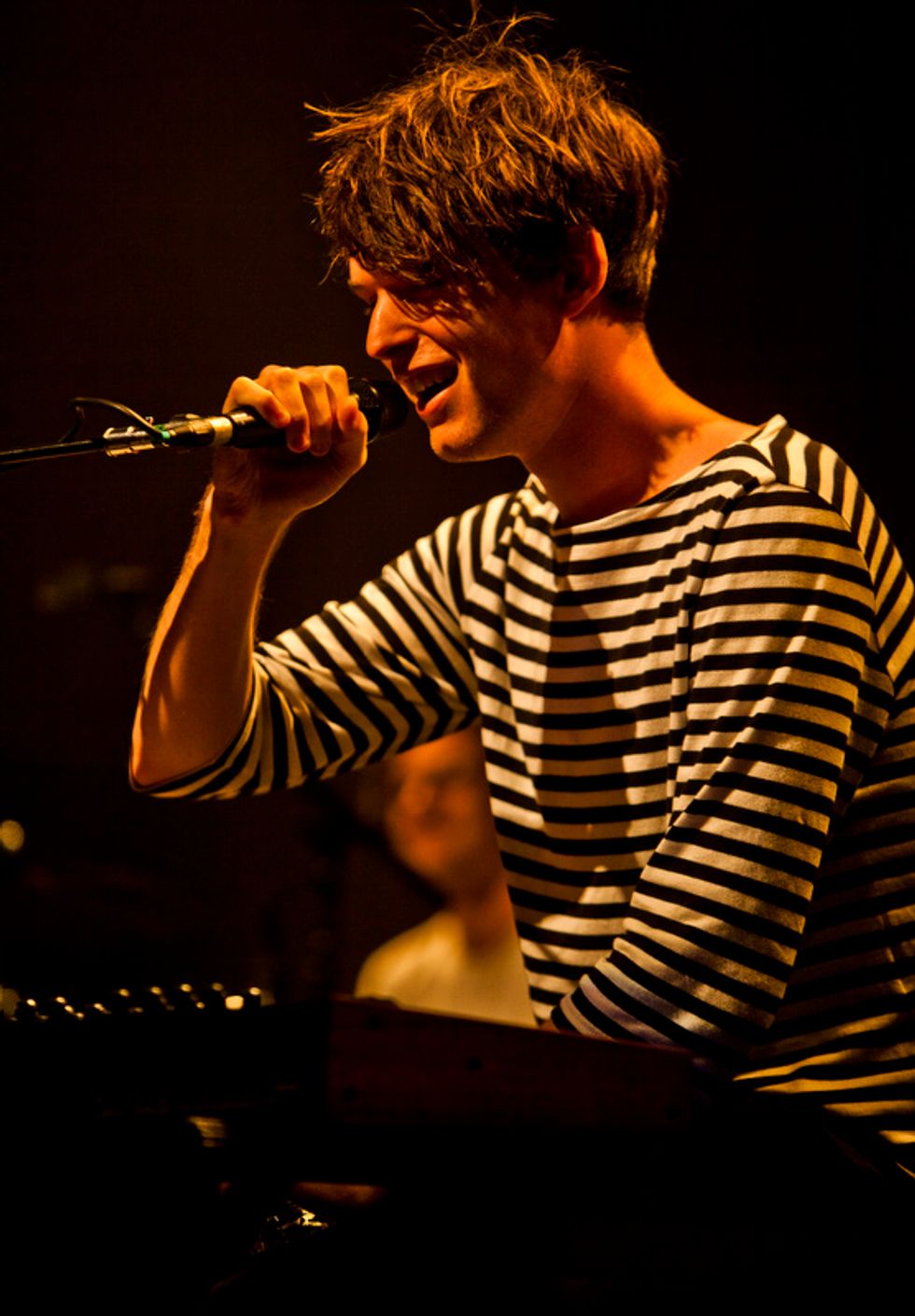 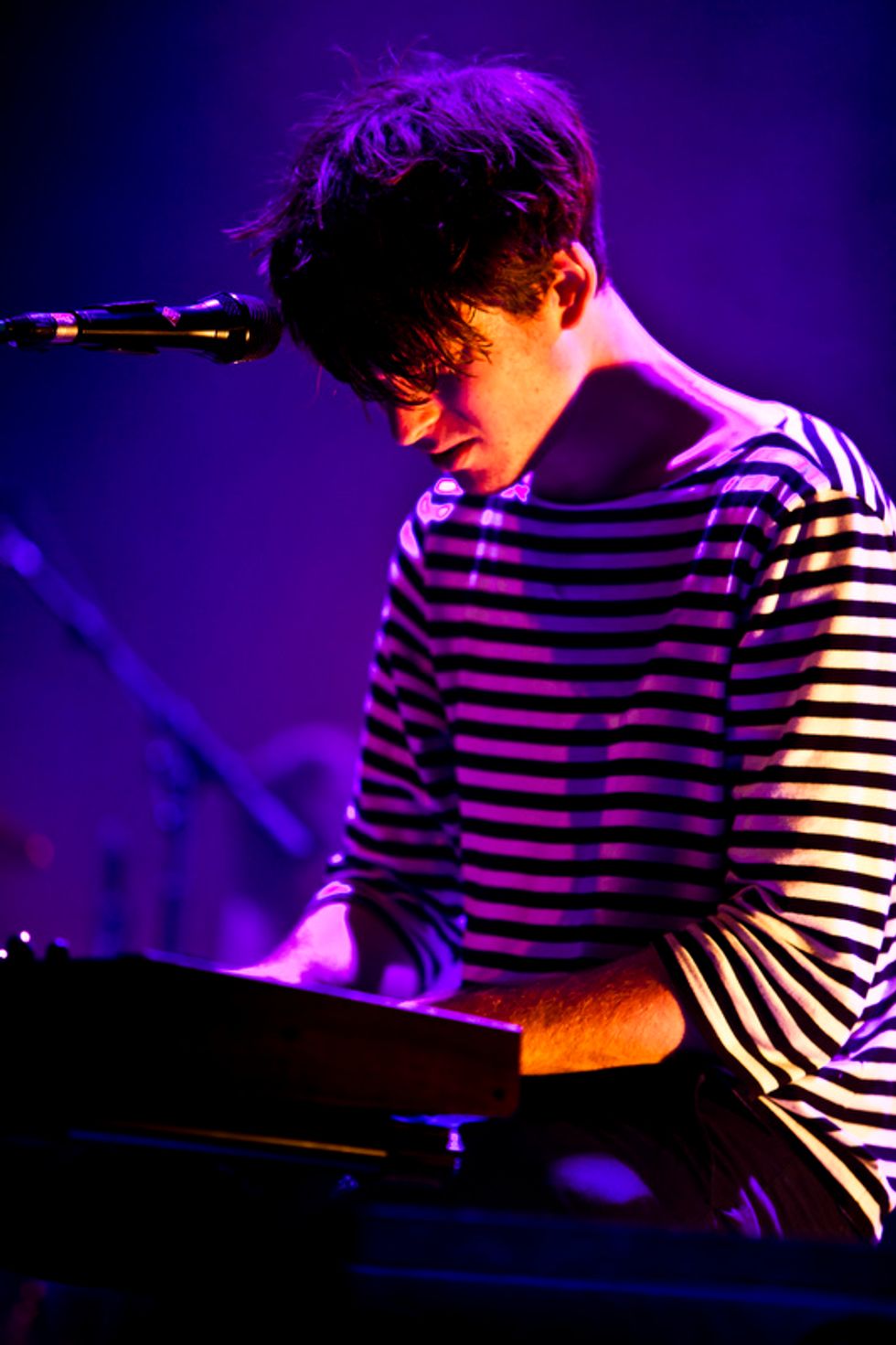 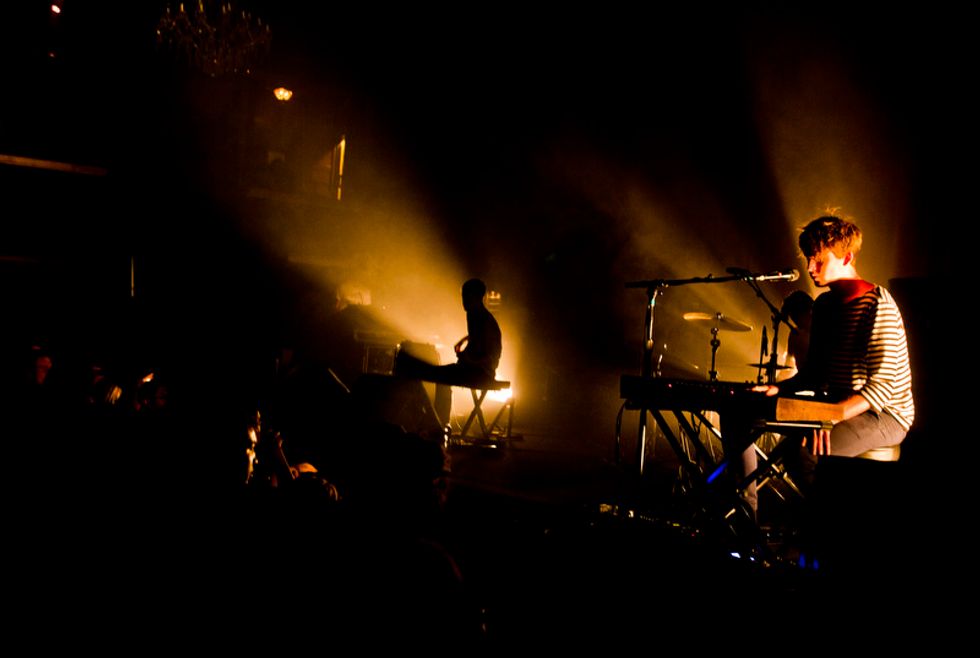 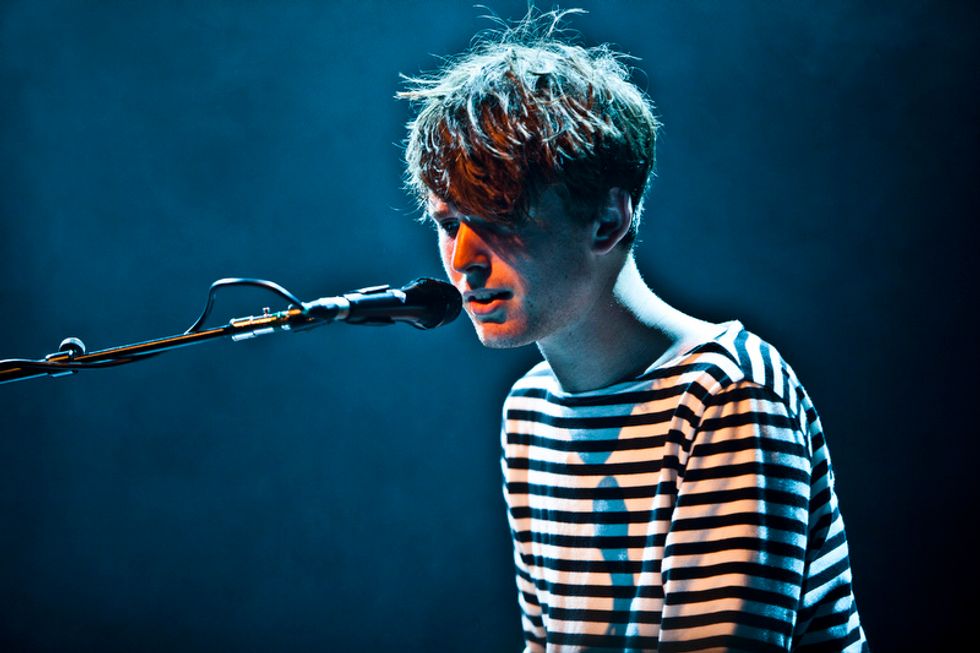 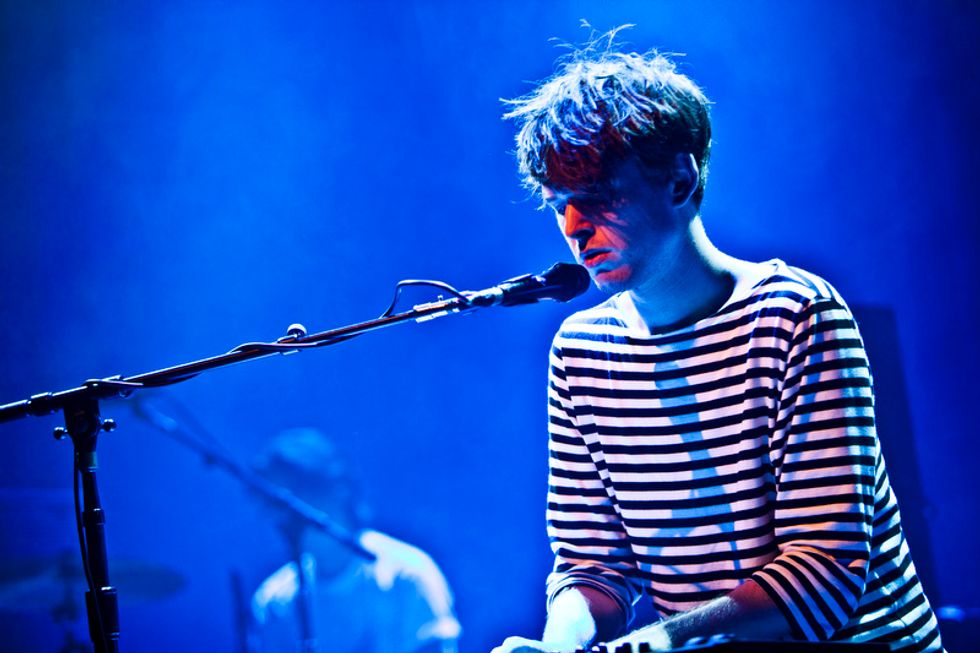 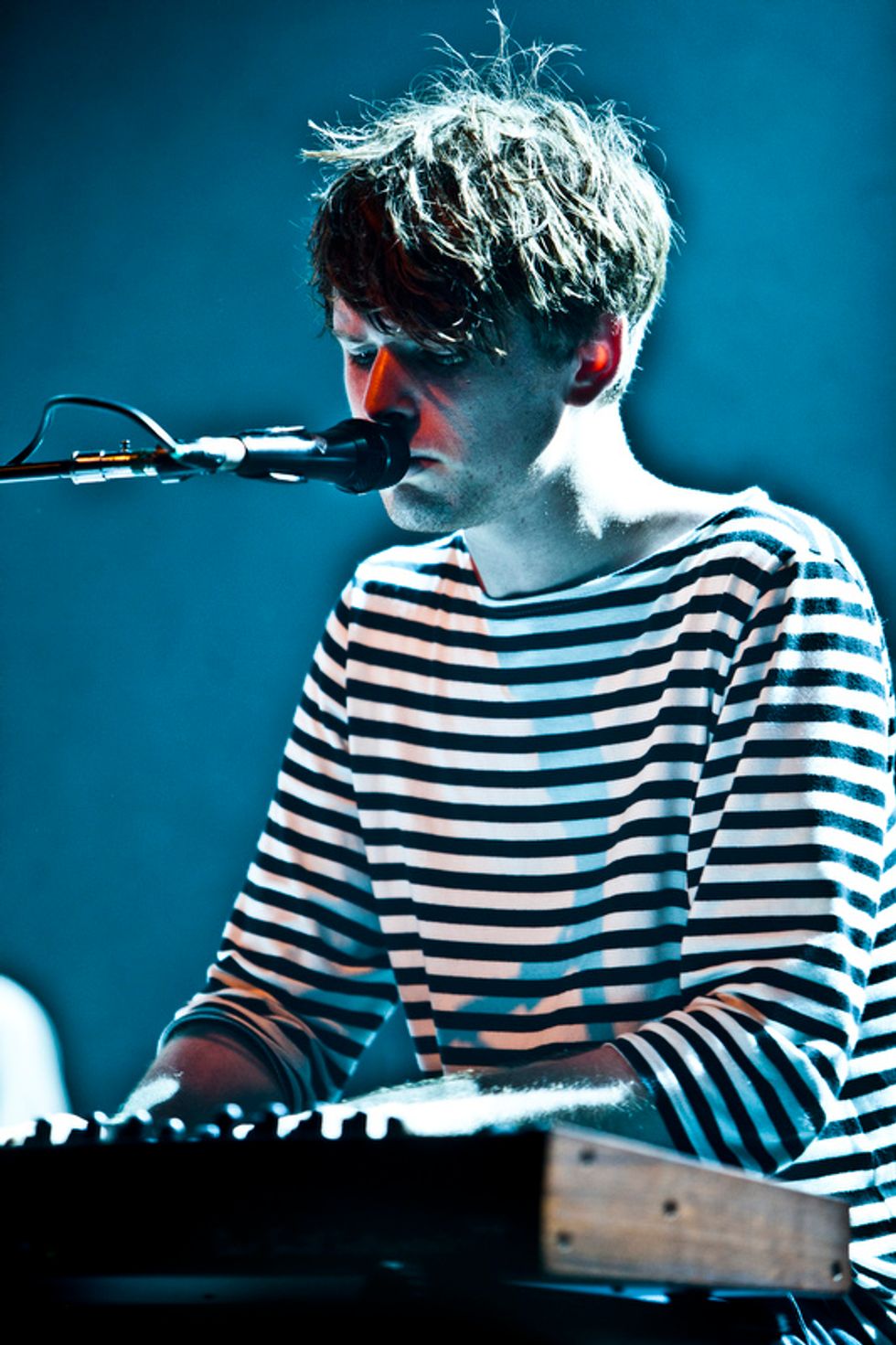 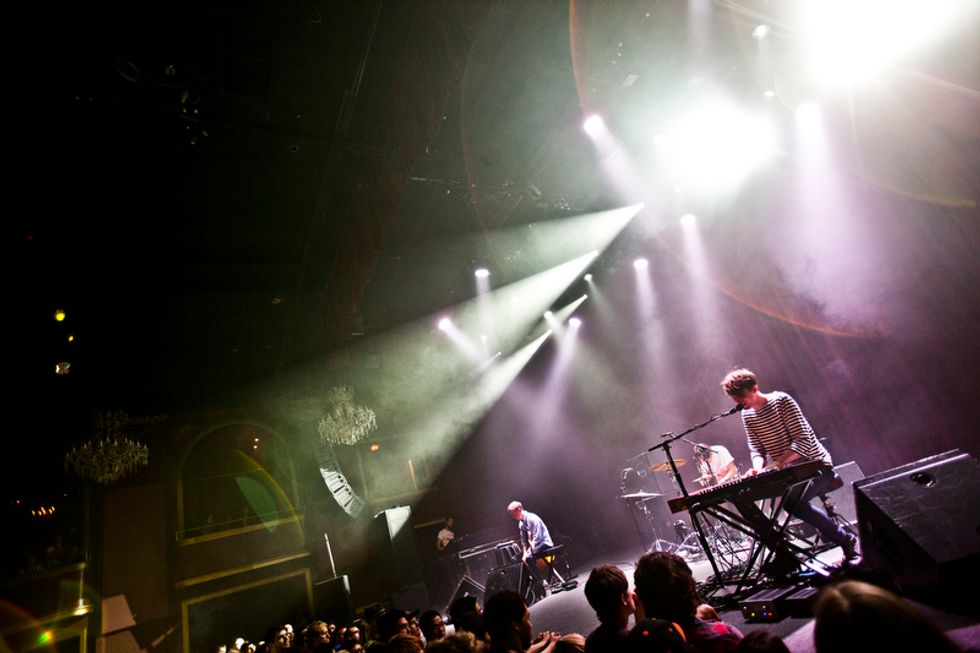 At the risk of nudging Philip K. Dick over in his grave, a good place to start explaining the work of wunderkind sound engineer James Blake is the surreal world of science fiction, where technology and mankind meet in odd, and sometimes disturbing, ways. Blake operates at that exact crossroads, composing songs that are half-man, half-machine. Something feels algorithmically off, perverted and subverted, yet altogether novel. Generally, he sounds like a hallucinating android, while his synths slowly encroach upon our human space like Inception walls.

But loud as it was at the Fillmore Wednesday night, his dystopian-futuristic sound came in peace. It was something of a revelation to discover where machine ends and Blake begins, to see how these thoroughly complex compositions come together live, or to see Blake sing soulfully while manipulating his auto-tuned voice with keyboard, to eerie effect. Or to see his drummer alternately tap a drum machine to produce a devastating bass thunder, then work a high hat to turn a sentimental ballad into something danceable (moments, incidentally, that reminded of recent Radiohead cuts, which led to thoughts that maybe, just maybe, James Blake’s self-titled album is as close an album has come to matching the electronica-forward inventiveness and utter novelty of Kid A, but that’s a discussion for another time).

The svelte early 20-something Brit sat in front of his keys and synth for the entirety of the show, adorned with a sassy black-and-white striped, wide-neck shirt, and even sassier Bieber-swoop ’do. He reported having a sore throat, but he could have fooled us, as it’s conceivable auto tune is just that good.

His keyboard musings seem free of rules and boundaries and ideas of traditional rhythm, as featured in his loverly “Give Me My Month,” and the Feist cover “There’s a Limit to Your Love,” in which the quiet hush dutifully gives way to deafening bass. The latter song took on a new life, warping into a Pink Floyd-like adventure — a sonic war zone, really, the bass masquerading as choppers flying overhead, heard as much as it was felt.

Blake also manages to skillfully work in live-recorded loops into his songs, sometimes as accents, other times to give dimension to a verse. In “I Never Learnt to Share,” his intro vocal verse was recorded and looped, and with it a bubbling echo of crowd excitement, bringing the audience into the sonic fold in an unplanned yet functional way.

Blake spent most of the set working in and re-working material from his self-titled album — the highlight of which was undoubtedly “Wilhelms Scream,” re-mastered with a polished, adult-contemporary guitar riff and subtly expanding synth chords. There were also a few nods to past EPs, including “CMYK,” another song not meant for the claustrophobic.

The last section of the night, including a few encores, was set aside for some new material, which will be included on an upcoming EP. The material was starkly minimal, a departure from his dubstep/drum and bass-leaning body of work. He seemed to be comfortable pushing limits of song structure with just his keyboard, and he did so especially well in the last song of the night, a sentimental turn that felt neither grotesque nor disturbing nor artificial, but just human. Imagine that.