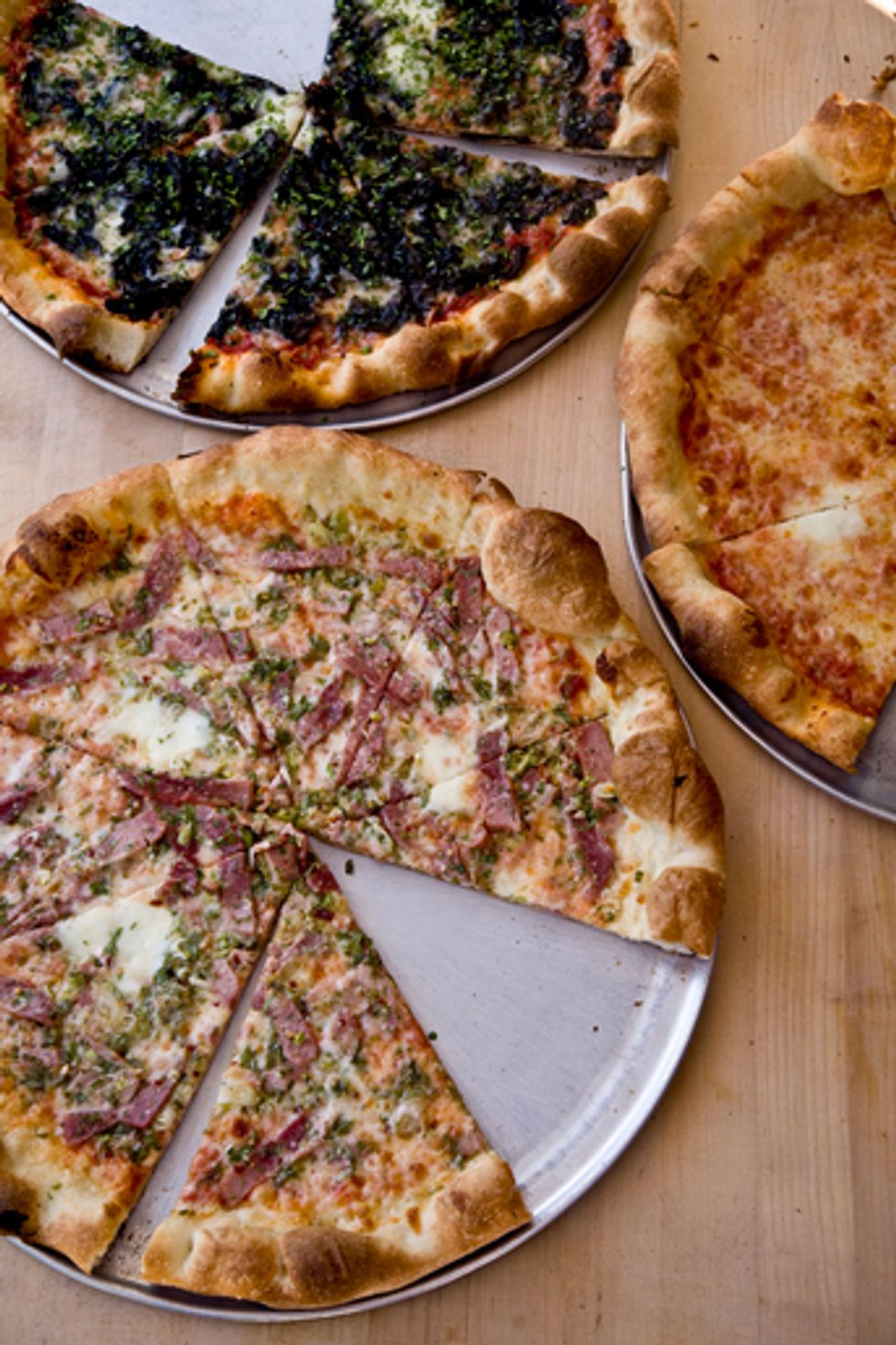 If you haven't revisited the fancier side of Polk Street (between Pacific and Greenwich) in the past few months, things are changing fast. Of course, the neighborhood's tried and tested favorites are still there—like Leopold's heavenly schnitzel and draft beers that are bigger than a newborn baby, or the lemon vanilla rice pudding at Loving Cup. But there are some freshly minted food spots on the block that are worth dropping in on. Here's a picture of what to expect.

1) Marbella (2323 Polk St.)- The owners of former brunch haunt Rex Cafe have brought in designer Alicia Cort to totally transform this space into a sexy, Andalusia-themed restaurant called Marbella, which soft-opened earlier this week. Although we haven't dug into the "progressive Spanish" menu yet, chef Nelson German's dishes like wild shrimp "pil pil," made-to-order paella, and olive oil gelato certainly sound worth digging into before the neighborhood crowds catch on.

3) Gioia Pizzeria (2240 Polk St.): Someboday has finally opened a sit-down pizza restaurant on Polk Street, and since those somebodies happen to be Will and Karen Gioia of Oliveto and Gioia Pizzeria Berkeley fame, this brand new spot is guaranteed to kill it. Actually, Karen says they were "totally packed," with a consistent hour wait during last night's debut. Pizzas, fritto misto and Caesar salads were selling like crazy. Diners should also take a moment for sous chef Ryan Cantwell's skirt steak and the pickles he makes in house. We're particularly won over by "The Julian" pizza, which is named after the Gioia's four-year-old son and changes with his temperment. This month it's sweet and spicy with prosciutto cotto, chile flakes and red onion.

That's not all. The state of Polk St. is going to continue to evolve as Biondivino wine shop works towards opening its new wine bar in the coming weeks, and the second San Francisco location of Chestnut Street's reigning sandwich-and-salad kind, Blue Barn, is also en route. Stay tuned.