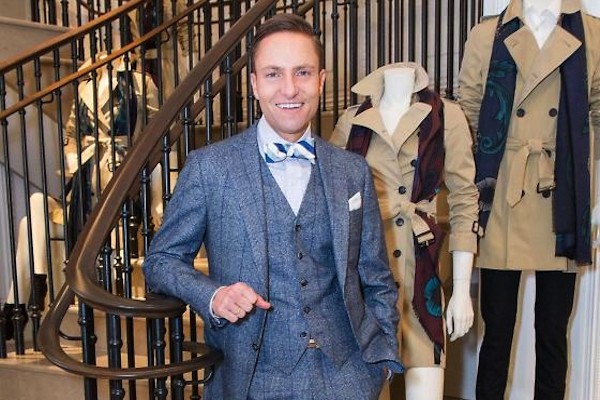 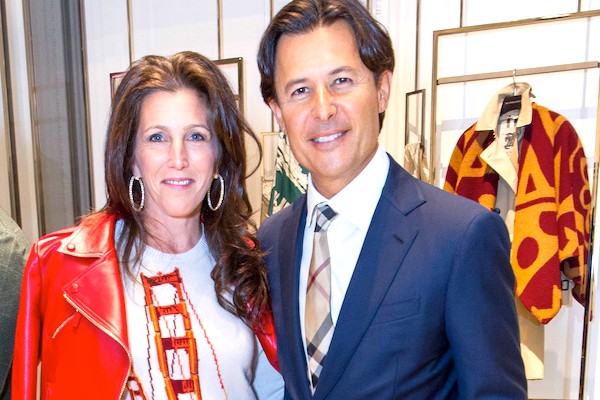 Previous Next
Sloan Barnett and Roger Barnett in Burberry 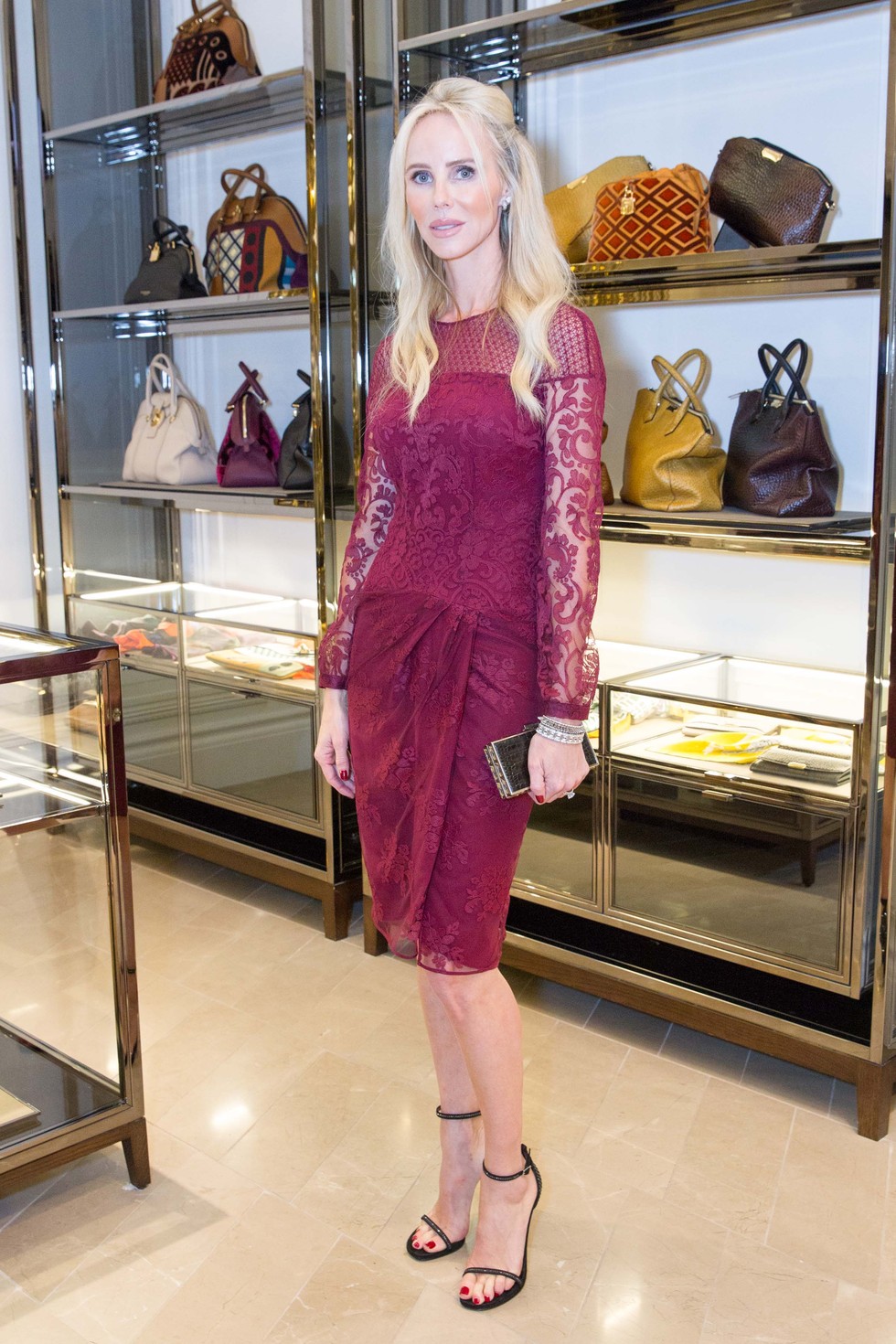 Previous Next
Vanessa Getty in Burberry 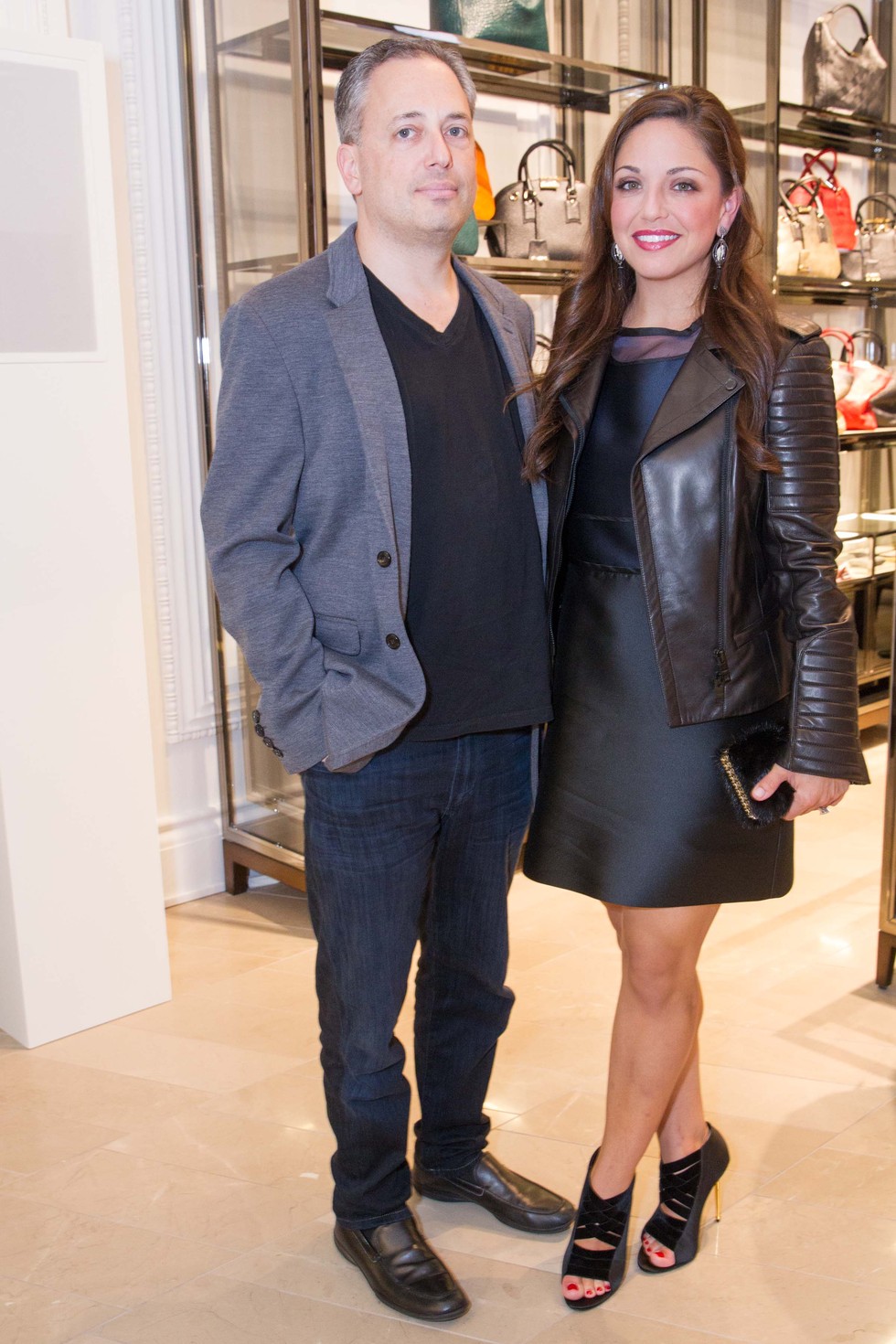 Previous Next
David Sacks and Jacqueline Sacks in Burberry 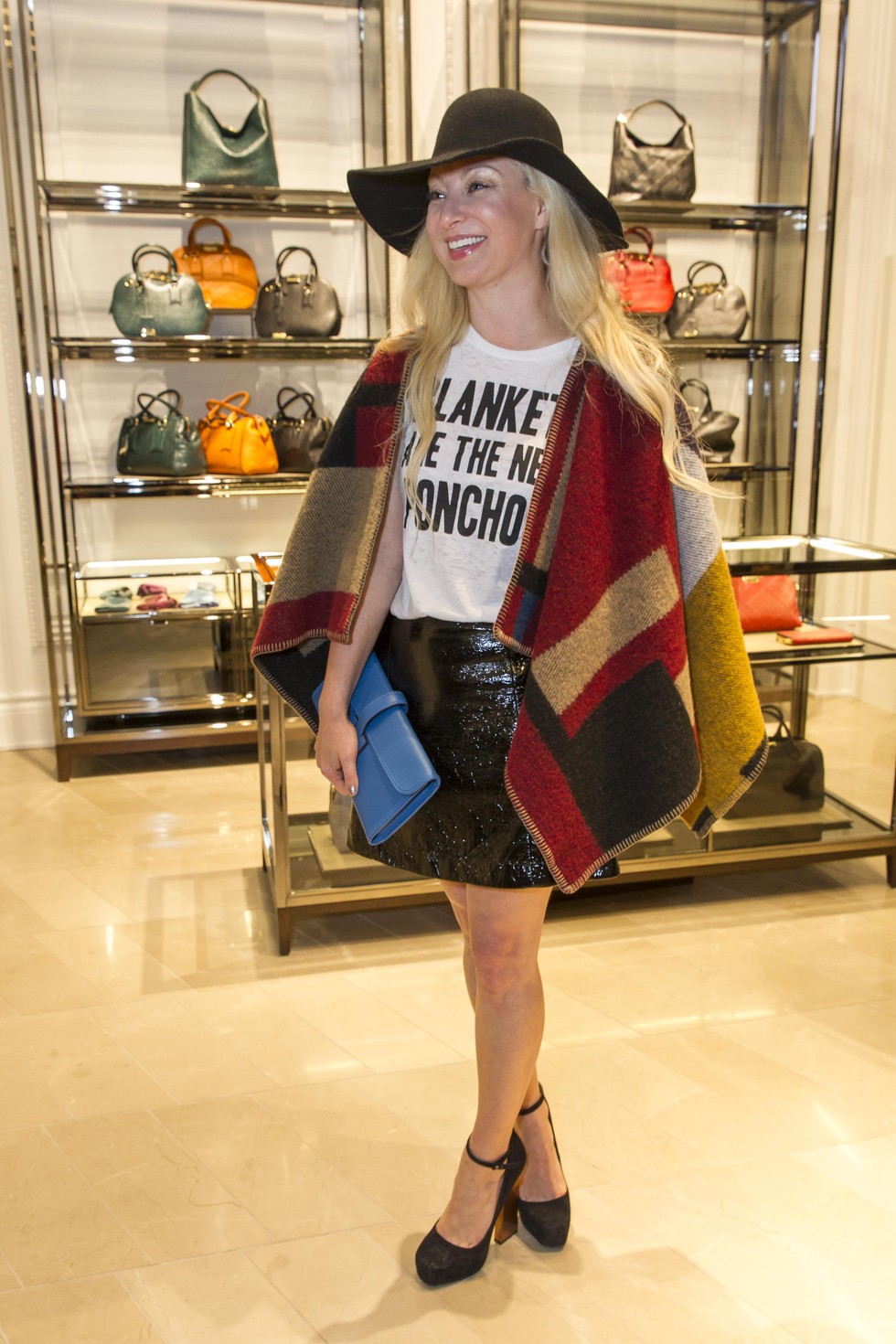 Previous Next
Sonya Molodetskaya in Burberry 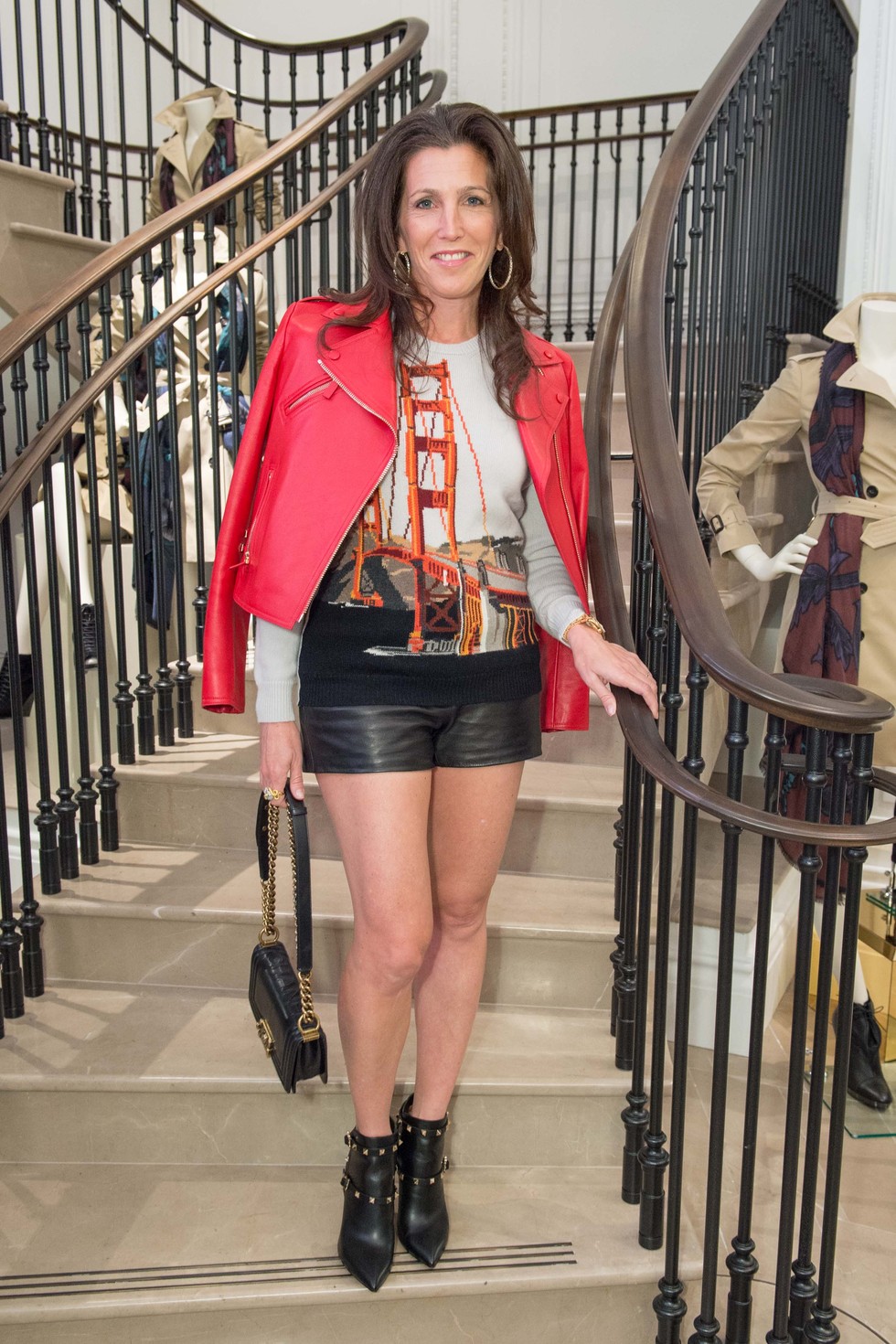 Previous Next
Sloan Barnett in Burberry 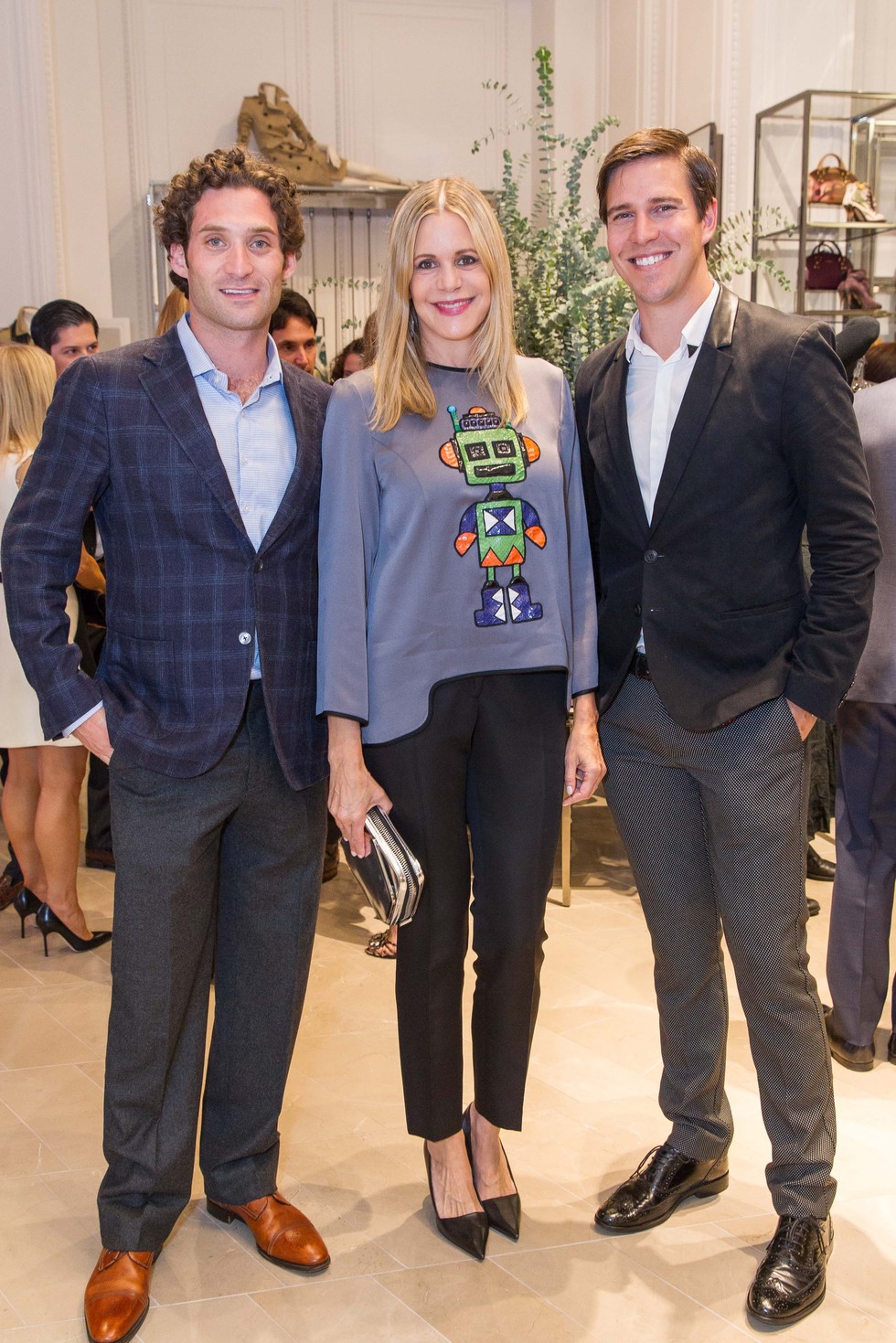 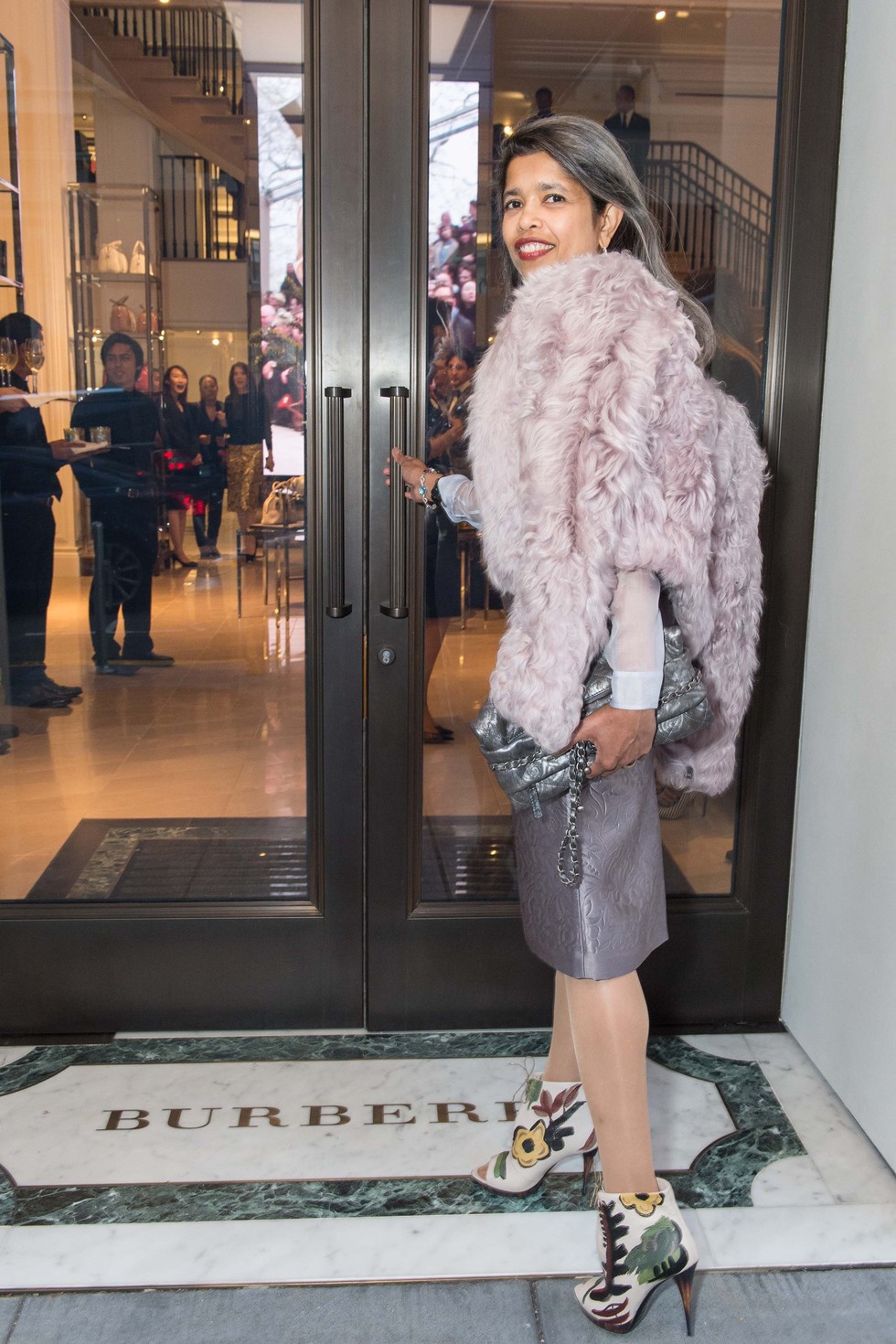 Previous Next
Deepa Pakianathan in Burberry 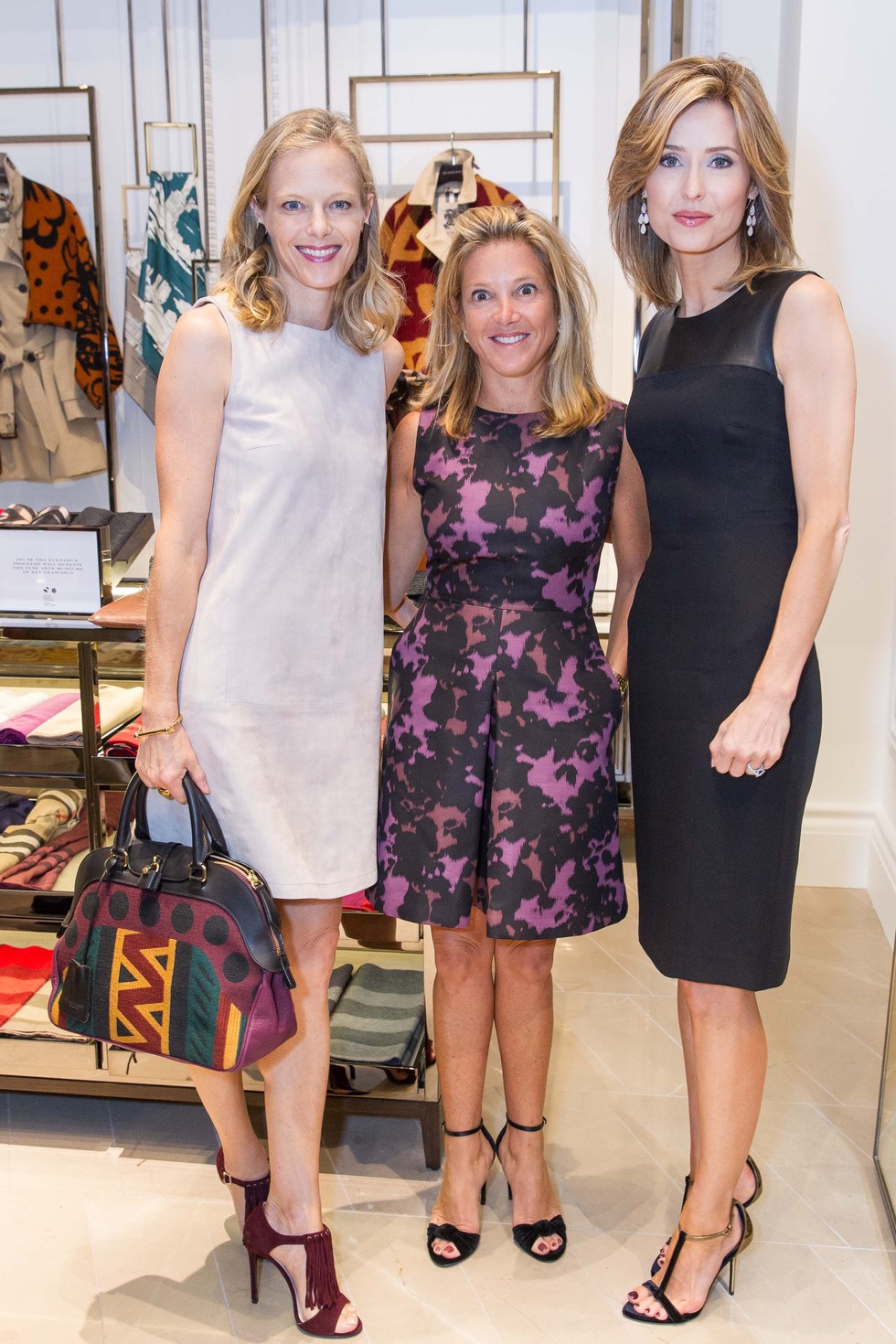 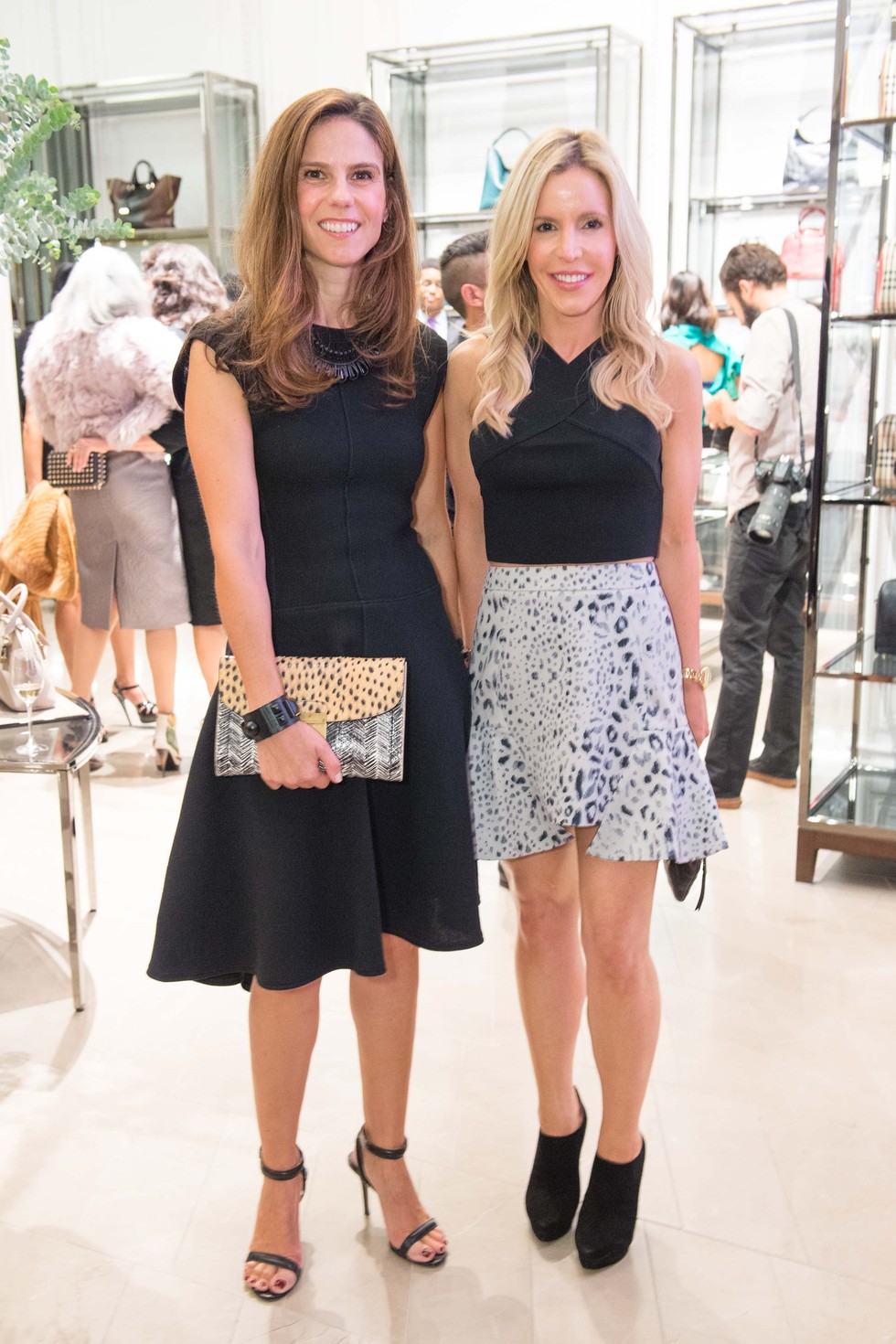 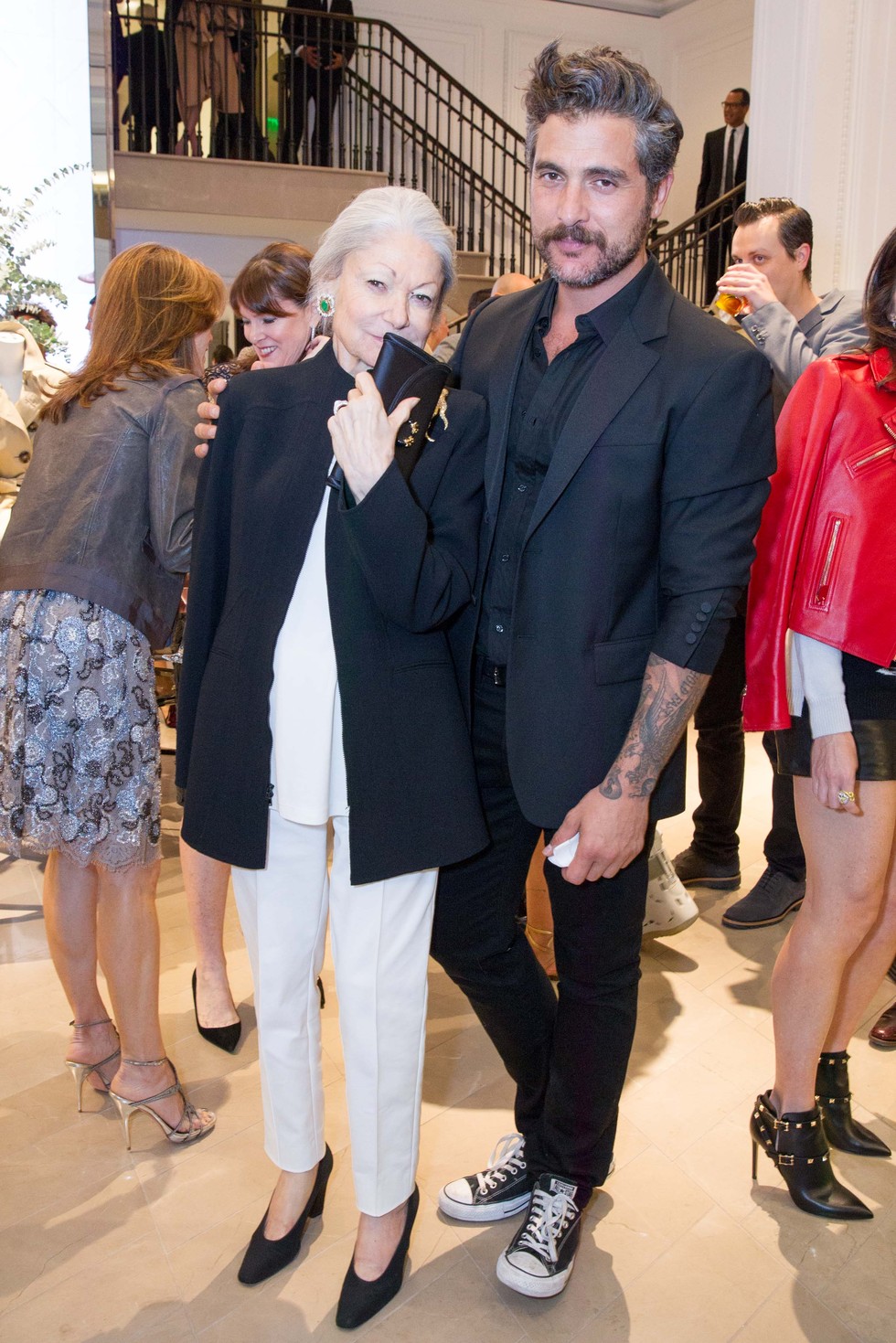 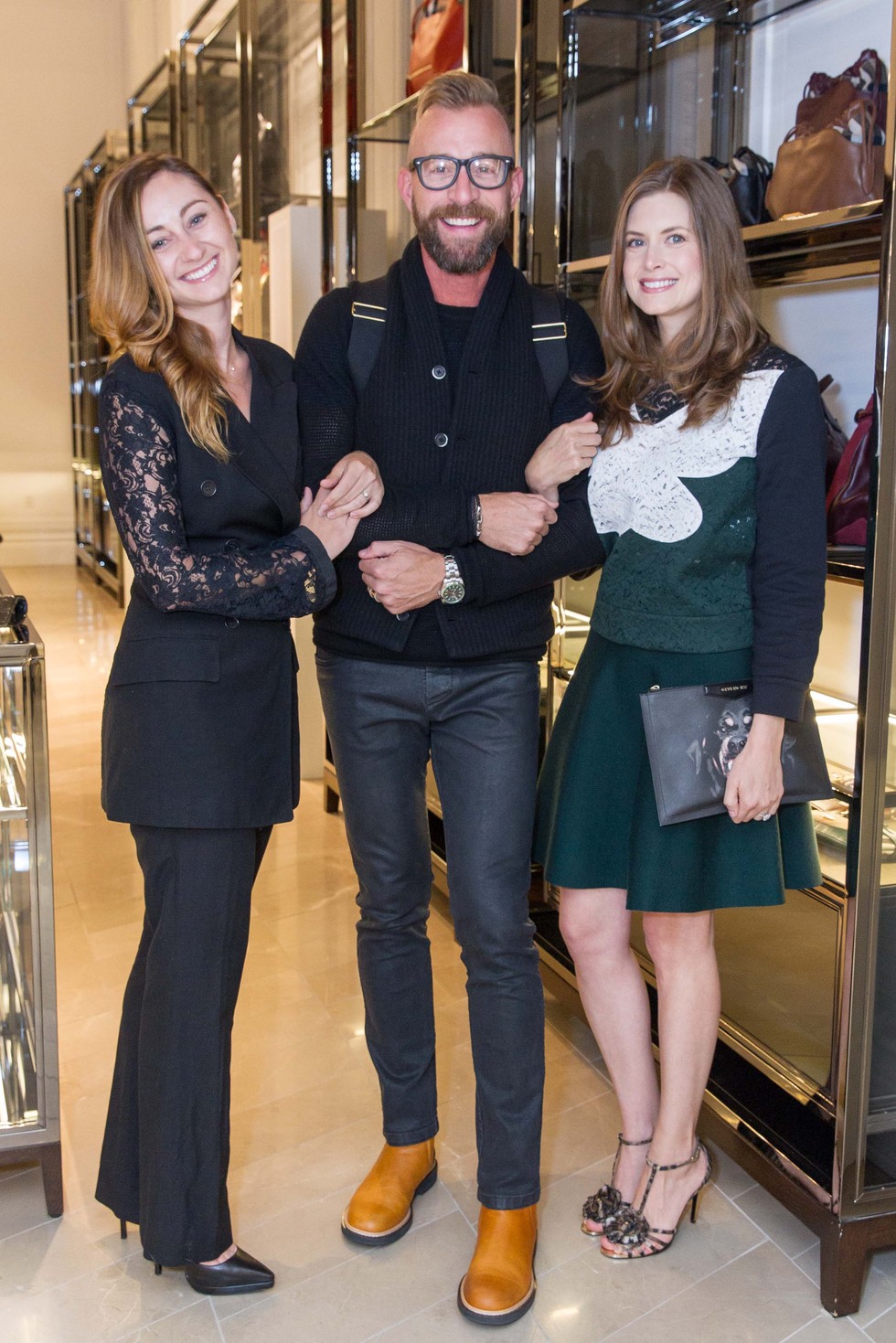 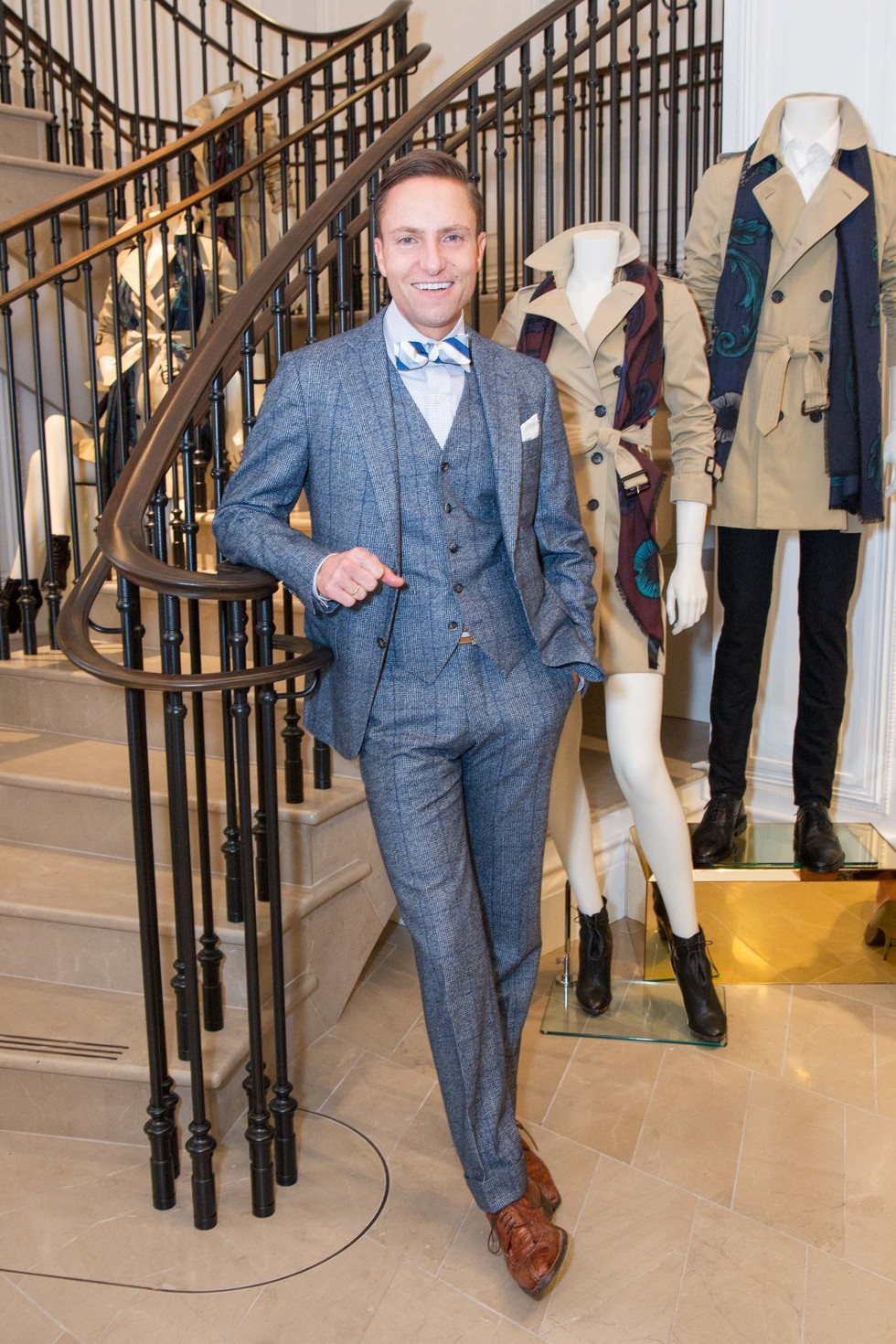 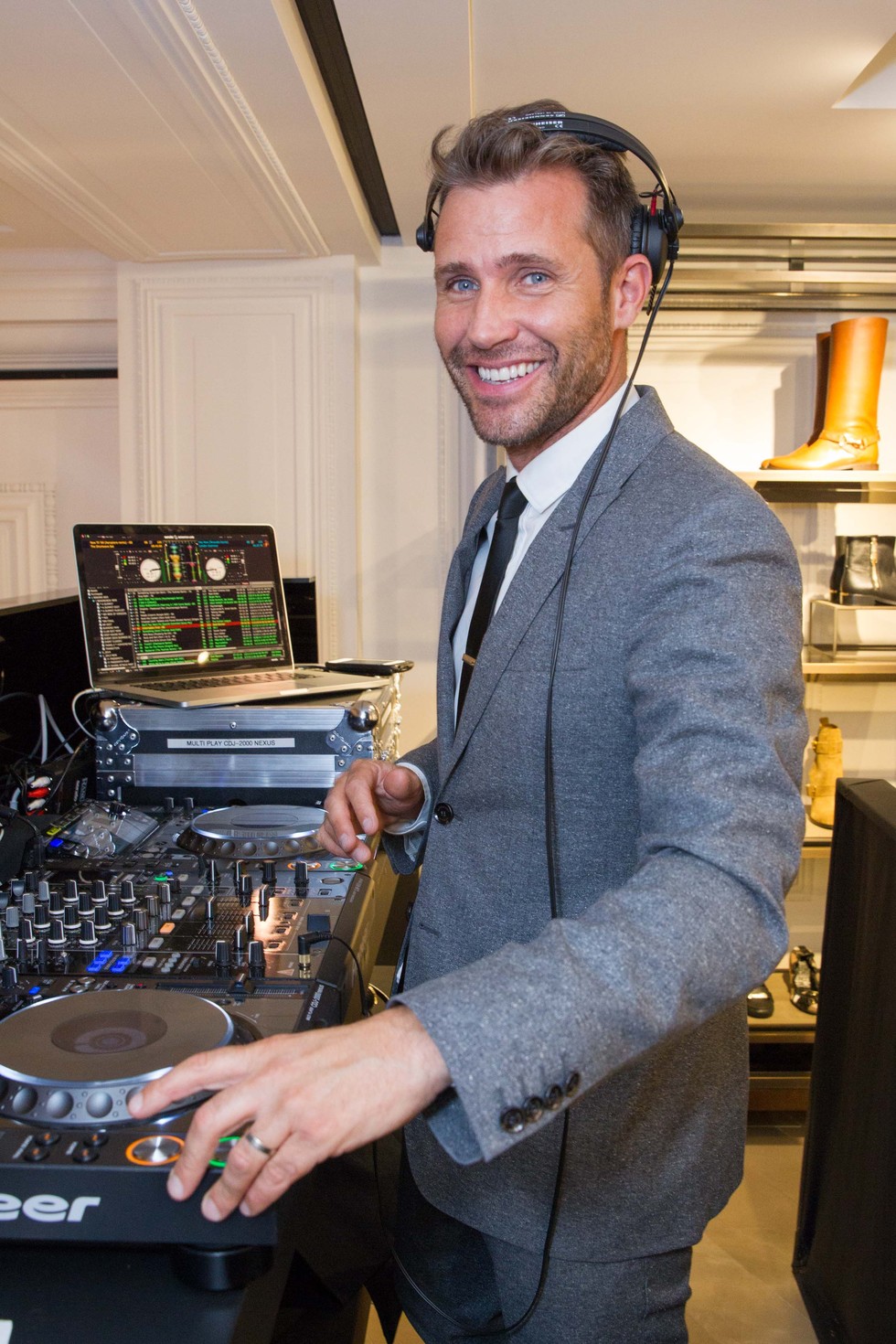 Entering the party was like walking into an elegant London townhouse taken over by some fabulously chic jet setter and 120 of his most fashionable friends. Burberry flew in one of the world's hottest DJs, Zen Freeman, to play his special mix of sizzling British tunes, while guests mingled by a floor-to-ceiling display flashing gorgeous models in the most recent collection. Everywhere one looked one saw the best pieces from the Burberry runway — not just on the racks, but on the guests!

While our current heatwave was well suited for Sloan Barnett, who was warm-weather ready in shorts with a delightful cashmere top featuring the Golden Gate Bridge, the day's temperature didn't deter Sonya Molodetskaya from donning her prized cashmere Burberry blanket.

"I bought it months ago as soon as it came out," she said, "and now I can finally wear it!"

Crafted in Scotland, the $1,395 blanket poncho, which can be monogrammed with the wearer's initials, has quickly become one of the season's most coveted items. Sarah Jessica Parker, Cara Delevingne, Rosie Huntington-Whiteley, Suki Waterhouse and Olivia Palermo have all been photographed in it, which may account for why the item is currently sold out.

As the evening rolled on and the fog rolled in, guests were glad to wrap themselves in Burberry leather and cashmere as they headed to the after-party dinner at The Battery, many of them with purchases from the store (part of the proceeds from the evening's sales will go to the Fine Arts Museums.) With weather that takes you from shorts into shearling in under an hour, San Francisco keeps its fashionistas on their toes!

5 Hot Tubs for a Restorative Soak in San Francisco

Wedding Inspiration: A Decadent Foodie Affair at a Sonoma Vineyard

Goop's wellness summit lands in the East Bay on Saturday

The Ultimate Guide to Healthy(ish) Eats in San Francisco