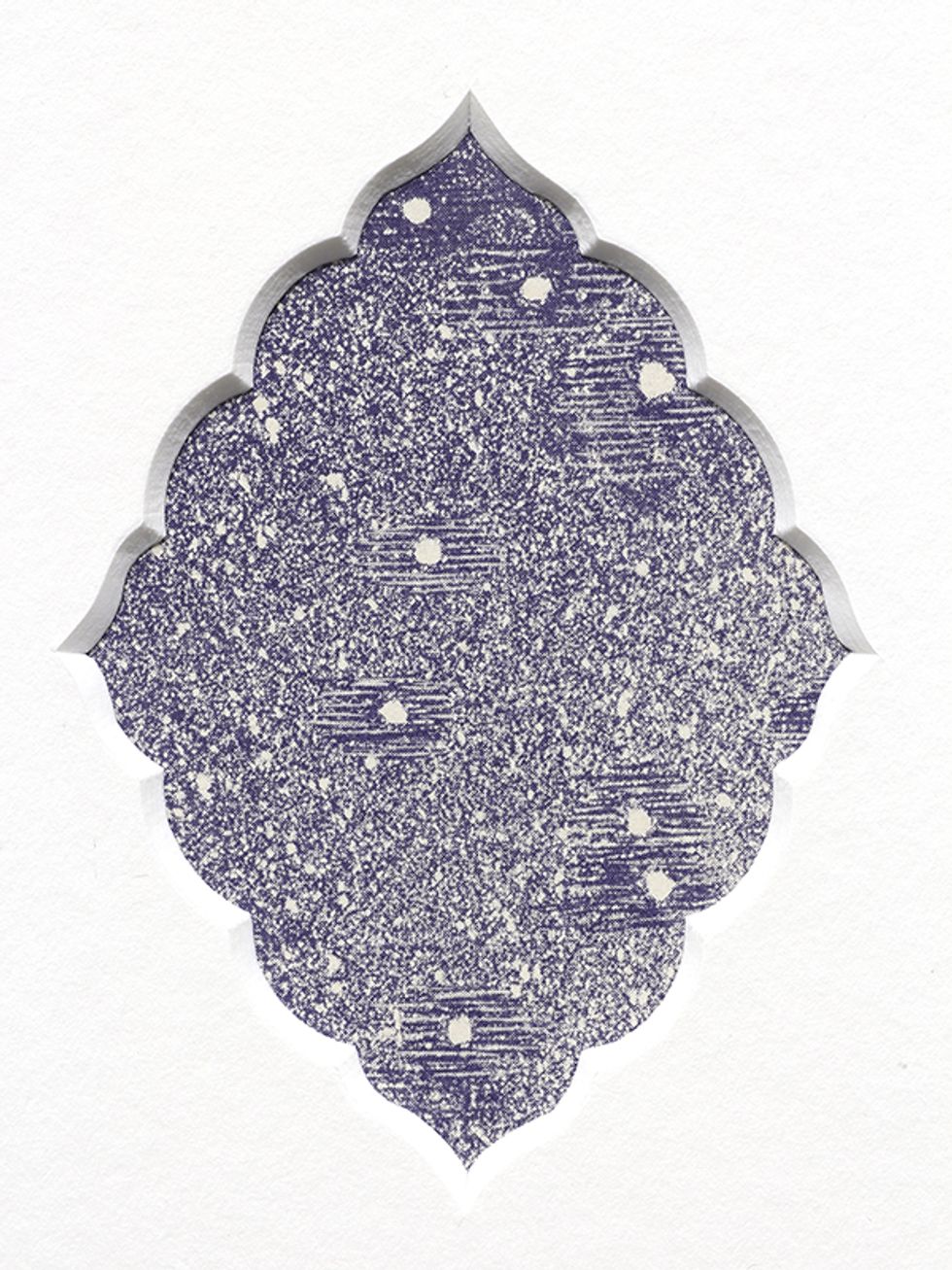 Bay Area artist Ala Ebtekar is having a moment. His work is currently on view in two regional shows: part one (What Time Is It There?) of the three-part "Proximities" series at the Asian Art Museum and "Migrating Identities" at YBCA, a group show in which he's the only local artist. He's been garnering attention on both the national and international art scenes, and his work has most recently been added to the collections of an SFMOMA board member and The Metropolitan Museum of Art. Talk about street cred. We sat down with the artist (and Stanford lecturer) to find out more about his West Coast-Persian upbringing, and the influence his heritage has had on his work.

How has your experience with the K.O.S. (Kids of Survival) influenced your work as an adult?
Collaborating with Tim Rollins and K.O.S taught me to approach art as a real chance for dialogue, to try to introduce a clear concept that is then layered over time. That a group or a single person could make the work, but the underlying question remains: How do we relate to one another? Art is a way to keep opening up a space for encounter.

You currently have works on exhibit in the "Proximities" show at the
Asian Art Museum and in "Migrating Identities" at YBCA. In what way areyou telling different stories about your relationship to your cultural
heritage?
In "Proximities," I explore the space of the traditional Persian wrestling ring as a magical space. In YBCA’s "Migrating Identities," I bring contemporary hip-hop poses and overlay them with Persian wrestling. My paintings suggest iconic males, groups of figures, but they’re only outlines. Each figure is composed of continuous line, and each figure has an open space. This interests me. At YBCA, I also have a series of prints, manuscript book pages that suggest Persian architecture.

Is your San Francisco identity different from your identity when you're in Iran?
I was born in California but was shaped by my experiences in Iran, learning traditional painting in the coffee houses and meeting young graffiti artists in Tehran. There’s a movement and subtle energy in Iran, a love of expression, that relates to my experience in the Bay Area.

You've exhibited in the US, across Europe, and throughout the Middle East. How do these various cultures impact the way in which your work is perceived in each region?
I’m fascinated by the way that the work is read differently in a new context. I’m on my way to the Sharjah Biennale to do a large-scale wall drawing in the city. The site is outside, and will be open to the public passing through. How will the figures be read? I’m looking forward to the conversation.

Your inspirations are as varied as hip hop and graffiti to Persian history and mythology. How do those influences play out in your simple, minimalist forms?
Line is important for me, either the calligraphic line of a manuscript or the mark-making that graffiti implies. Either way, passed by or covered over, the impression remains.

If you had to gel it down to a few sentences, how would you describe contemporary art in Iran?
Iran’s contemporary art is exciting because there’s so much to say. The present and the past are so mingled. I think artists are poised to express that in a new language, whether as filmmakers or visual artists.

What are you teaching at Stanford?
My most recent studios are Drawing and Public Art, linking two aspects of practice. There’s the interior world of the drawing and the opportunity to move outward, to engage public space, maybe even form an urban memory.

What do you value most about your dual upbringing?
I think we’re all dual in some way; the way worlds come together in unexpected ways. I was blessed to grow up fluent in Farsi speaking with my parents, with our family and friends. I also realize that duality is about sharing form. I’ve been really inspired by my collaboration with SF artist Binta Ayofemi. Her work investigates form, sound, pattern language, and Islamic architecture. We have a pop-up show this Fall in Frieze London, on present/future fictions. This also brings me back to Tim and K.O.S., the way collaboration opens up a new field.