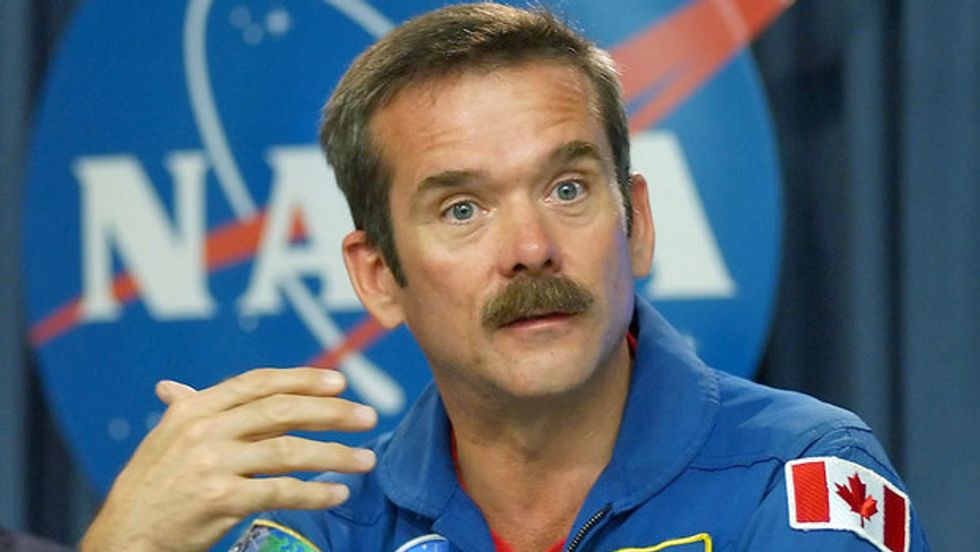 Chris Hadfield (An Astronaut's Guide to Life on Earth)

Hadfield, the seasoned NASA commander who became a viral sensation on YouTube during his final mission, has written a memoir about his extensive time in space, from his training to spacewalks to wild adventures like breaking into a space station with a Swiss army knife and disposing of a live snake while piloting a plane. It's also a bit of a self-help guide, detailing his methods for staying calm under pressure and achieving the impossible. Hadfield's Ames appearance, part of the Bay Area Science Festival, is sold out, but a small number of tickets will be released at the door.

Susan Conley (Paris Was the Place)

Conley's acclaimed coming-of-age tale tells the story of Willie, an American abroad in the 1980s who takes a job teaching at a center for immigrant girls who've requested asylum in France. Willie weathers a series of crises, including a mysterious terminal illness that strikes her brother; an increasing attachment to Gita, an Indian girl at her job; and her relationship with co-worker Macon, which could have implications for the center's possible closure.

Subtle Channels: An Oulipo Laboratory, Past, Present, and Future

The Oulipo, a French literary society that celebrates the use of mathematical and scientific structures to create new forms of literature, has been the source of masterworks both well-known (Italo Calvino's If On a Winter's Night a Traveler) and much-discussed (Georges Perec's A Void, written entirely without the use of the letter e). This festival offers an inside look at the Oulipo (including two French members flown over for the occasion), featuring discussions on its history, readings of a collectively authored serial novel, and workshops where writers, cartoonists, and musicians alike can try their hands at Oulipian techniques. More info here.

Jared Diamond (The World Until Yesterday: What Can We Learn from Traditional Societies?)

Diamond (Guns, Germs, and Steel) has written much about the dangerous trajectory of modern societies, based in his work with indigenous peoples. Now, he turns the tables and offers solutions from his studies in New Guinea, the Amazon, and with the Inuit, detailing these societies' approach to everything from child rearing to physical fitness. Without romanticizing these groups' often-horrible practices or difficult lives, Diamond attempts to distill the lessons they can teach the rest of us as we become increasingly technology-dependent and distant from nature. Tickets are $25-35.