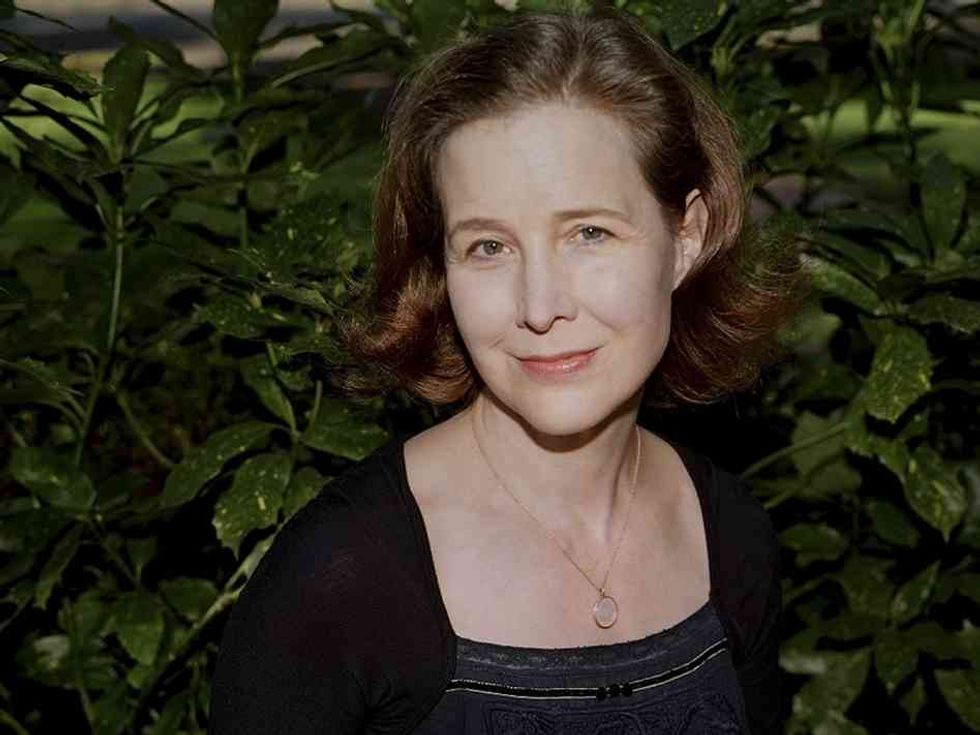 Ann Patchett (This Is the Story of a Happy Marriage)

Patchett (State of Wonder, Bel Canto) is known for her compelling, bestselling novels, but her real life has also taken a strange turn-- upset by the loss of independent bookstores in her hometown of Nashville, she decided to open her own. This and other incidents from her life are detailed in this book of nonfiction essays, which centers around Patchett's fear that she'd never have a happy marriage-- something that, after an unhappy first one, she was able to attain. Tickets to Patchett's Book Passage appearance are $55 and include lunch and a signed book; tickets to her JCCSF appearance are $35-45 and include a book.

This all-Jewish edition of the popular local literary event pits four writers against each other as they read their contributions to Unscrolled, a recently published modern interpretation of the Torah. Designer Rebecca Bortman, writer-performer Josh Healey, Wired editor Caitlin Roper, and New Yorker editor Ben Greenman are the competitors; they'll be judged by comedian Nato Green, Rabbi David Kasher, and last year's champ, Zarina Zabrinsky. Get there early: the $15 ticket includes free museum admission, as well as a complimentary drink.

Warren Lehrer (A Life in Books: The Rise and Fall of Bleu Mobley)

Lehrer's quirky and unusual novel fuses art and literature, telling the story of a disgraced experimental novelist through 101 of the books he "wrote," some of which are depicted only as covers and others of which are shown as excerpts. Taken together, they tell a story that's simultaneously a fascinating faux-bibliography and a compelling faux-memoir, with lots of beautiful art. Lehrer will present the book as a multimedia performance, including animations and filmed elements.

From cioppino to Chez Panisse, San Francisco and the Bay Area have contributed some of the most important elements of modern American cuisine, which Peters, director of the Culinary Historians of Northern California, details in her new book. Exploring the influences of the city's diverse Gold Rush immigrant population, Peters takes SF's food scene from Tadich Grill through modern inventions like Rice-a-Roni and the tiki bar. Her appearance will feature pisco drinks and snacks.