Known for his captivating colors and abstractions, artist Rex Ray was a Bay Area treasure. The author Rebecca Solnit said "He made 'high' art as well as design and then they merged into something gorgeous and extravagant and joyous and very colorful." When the San Francisco artist died in 2015, his longtime gallery, Gallery 16, held a public memorial. Two years later, we are reminded again of his masterful creations in two new exhibitions.

Kicking off with an opening reception May 4th (6 to 9pm), the retrospective at Gallery 16 will be the first posthumous celebration of Ray's work, with more than 70 pieces spanning over two decades of his career. You'll see collages, large-scale prints, and the "Wall of Sound"—an ongoing project of more than 500 cut-paper collages, hung side by side, that grew over the course of eight years.

Rex Ray's "Wall of Sound" will be on display at Gallery 16's retrospective. (Courtesy of Gallery 16)

The exhibition coincides with the gallery's release of the monograph Rex Ray: We Are Made of Light, a book lushly illustrated with Ray's paintings, collages, and graphic designs created for The Rolling Stones, Iggy Pop, U2, Radiohead, David Bowie, Bjork, and more.

Then, starting on May 20, SFMOMA will show Ray's works alongside that of Paul Klee: "Although separated by both time and geography, Klee and Ray's work share dazzling formal similarities, including an exploration of geometric forms, the use of vibrant color and playful, organic designs."

See more of the late artist's work below: 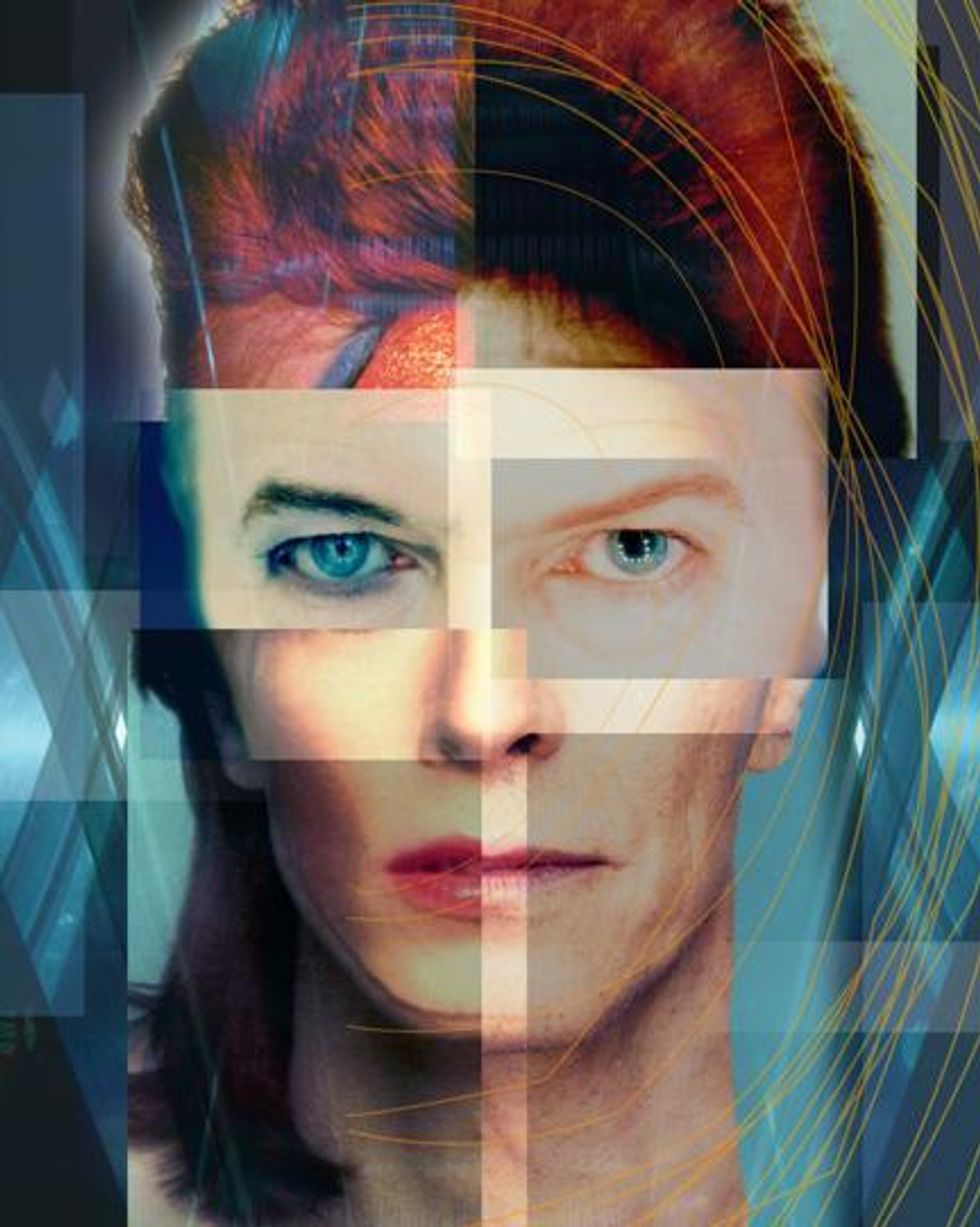 A poster created for David Bowie. 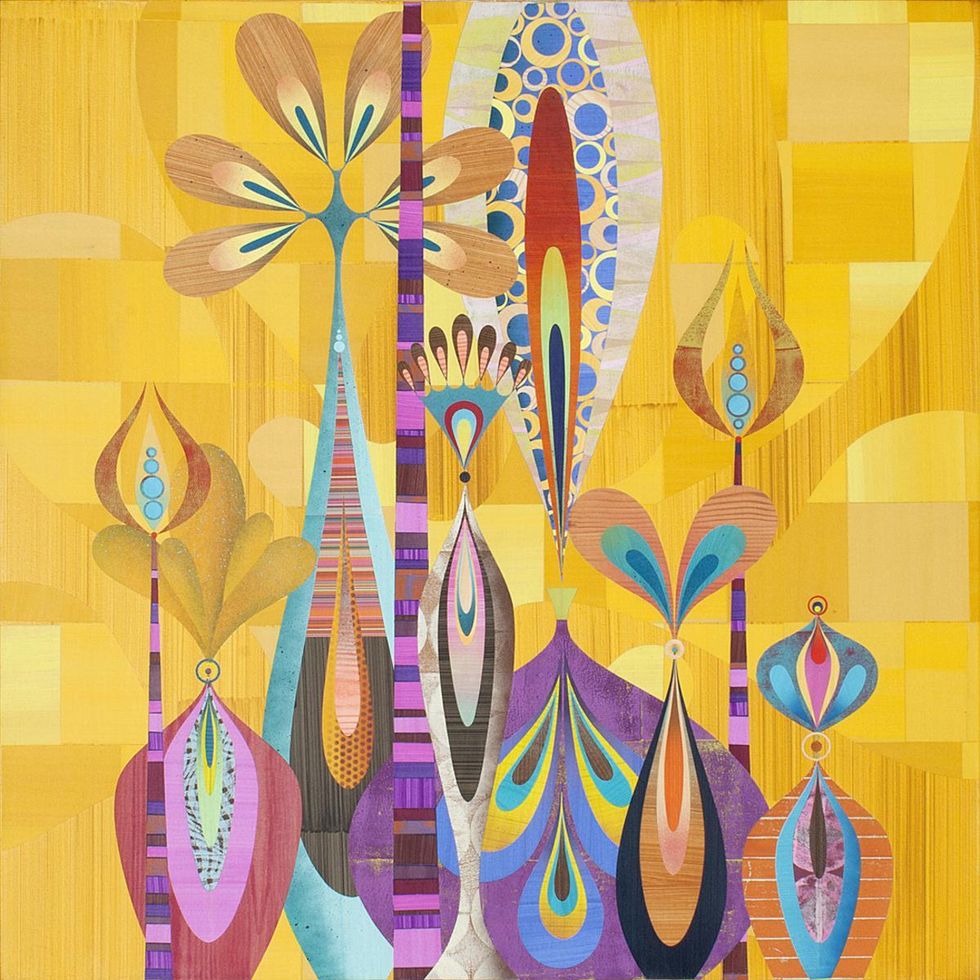 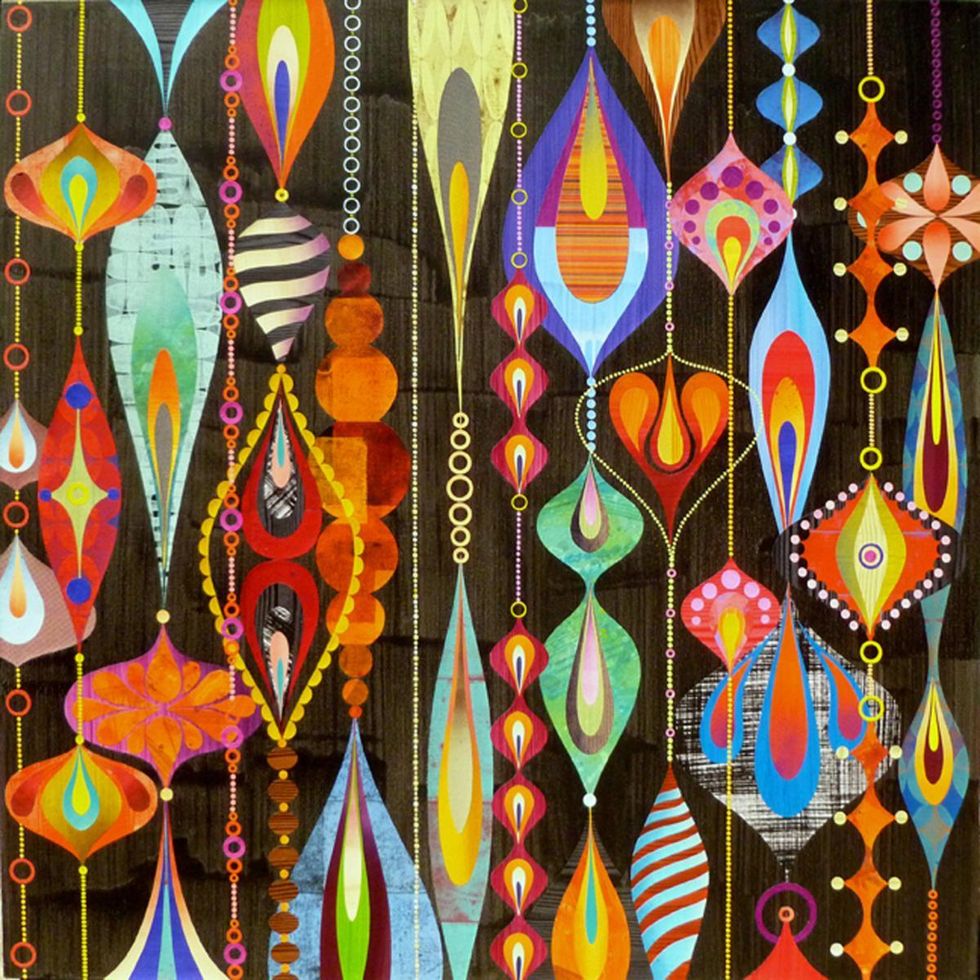 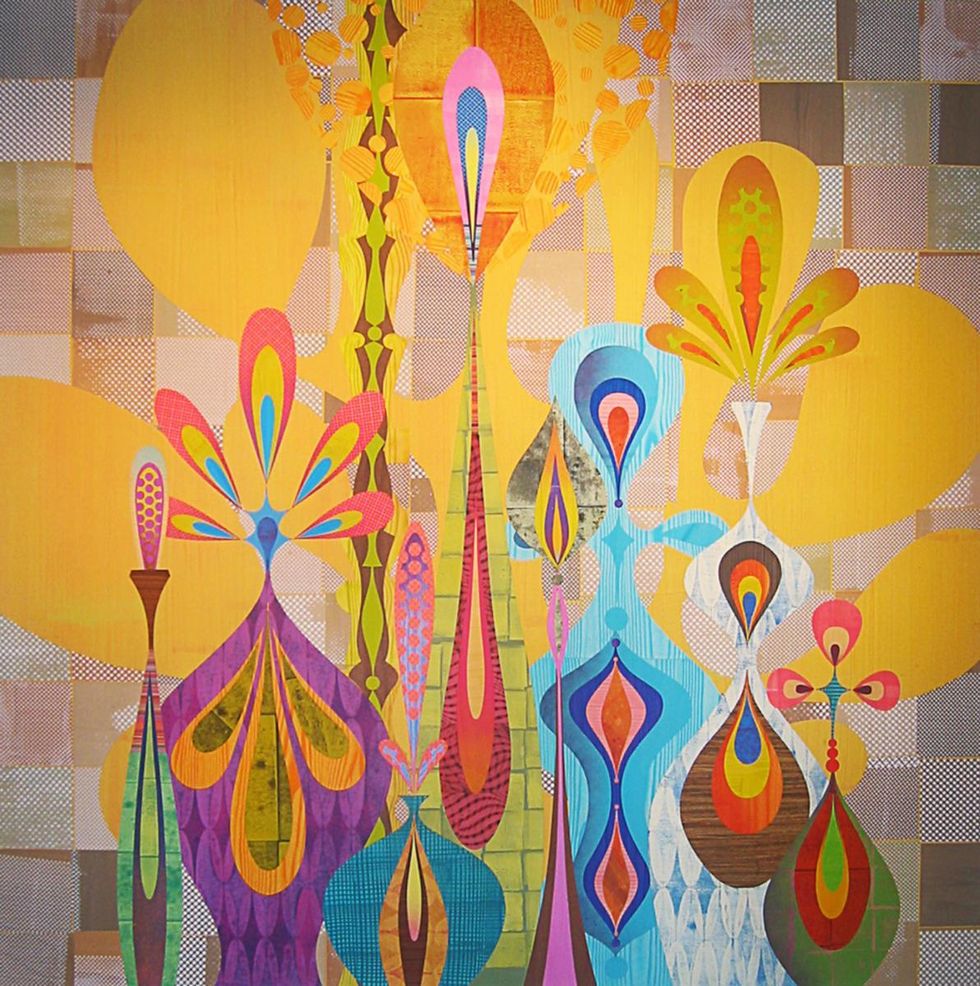 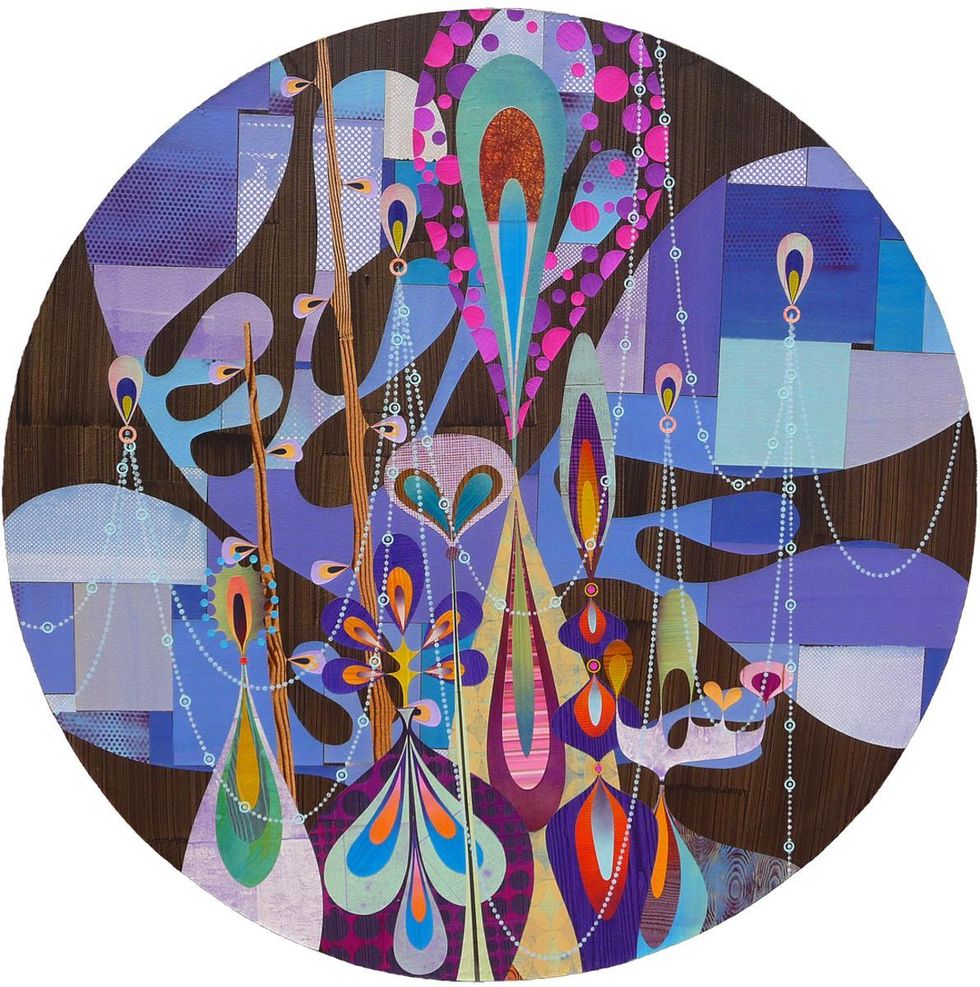 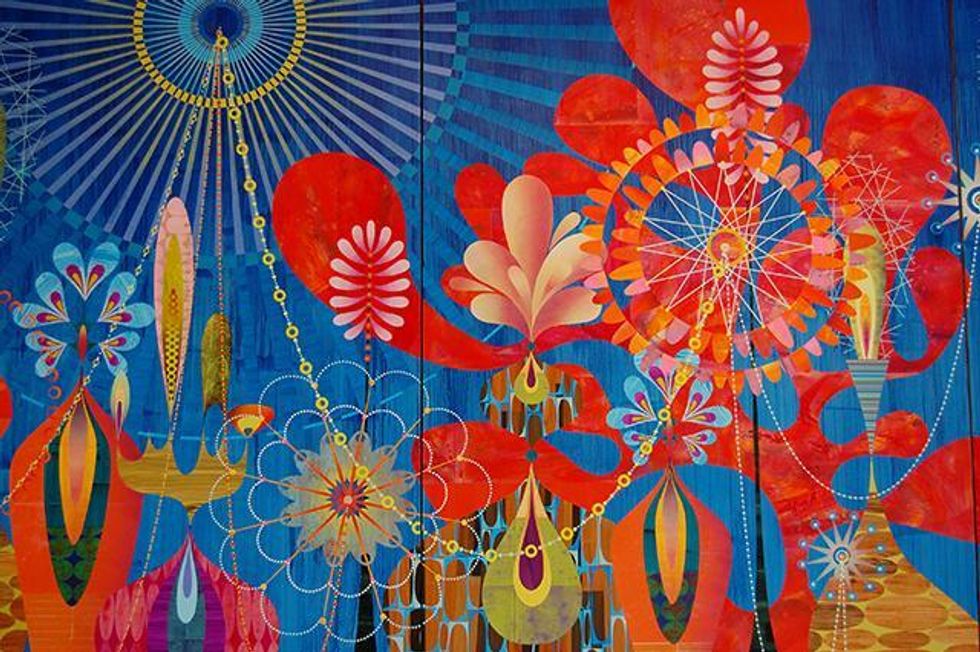 (Courtesy of Gallery 16 via kqed.org) 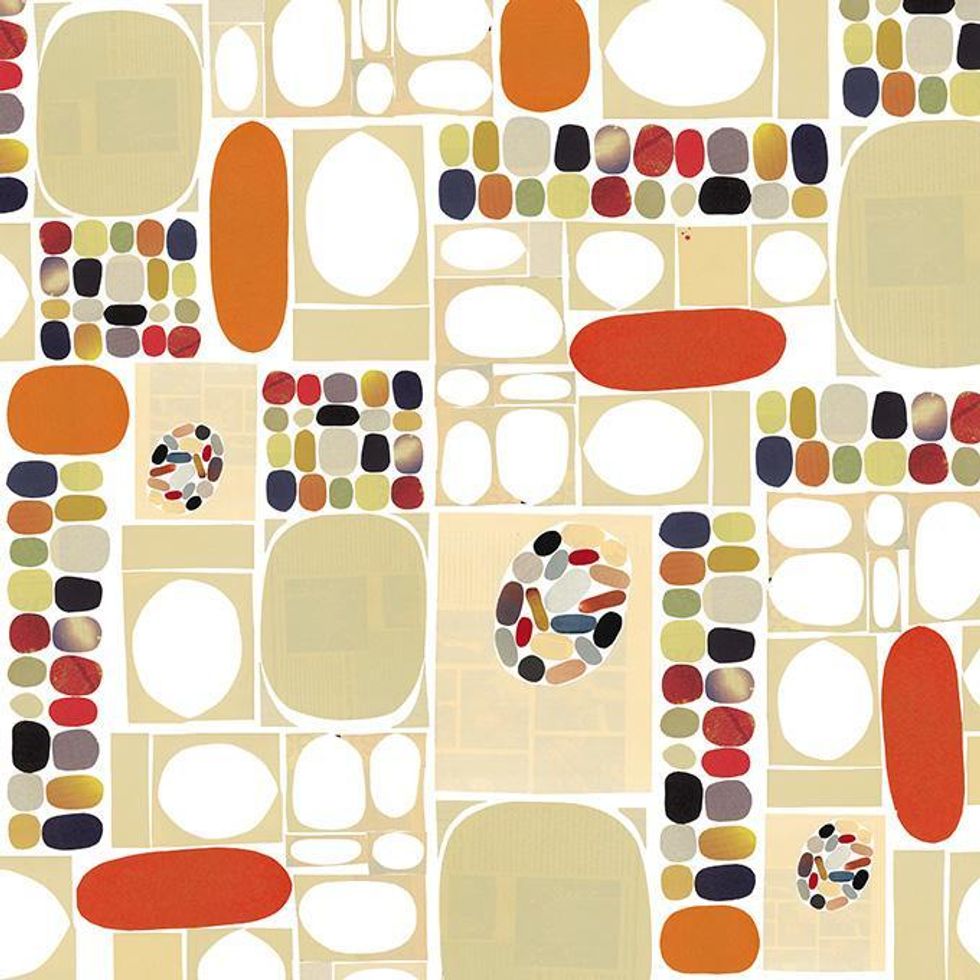 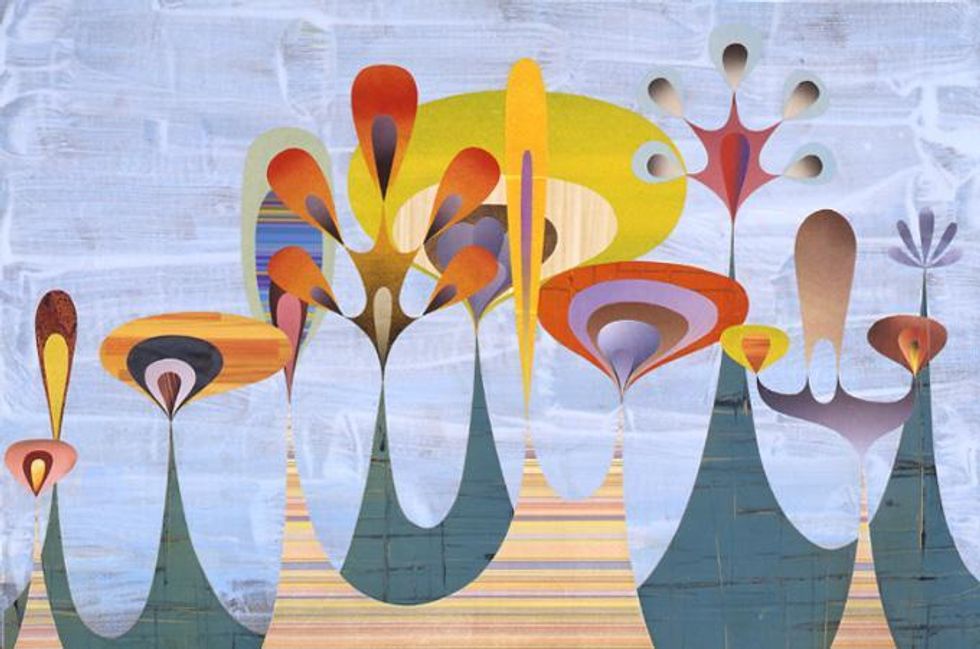 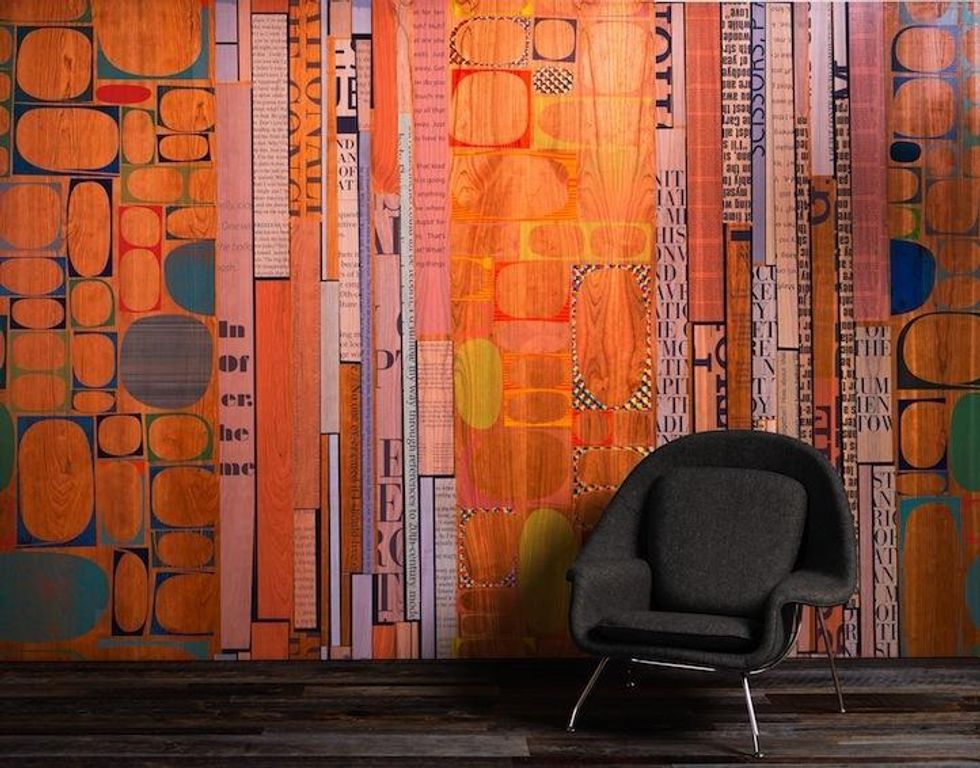 A collaboration with B+N Industries turned Ray's Type and Ovals pattern into an infused veneer for walls and furniture (2015). 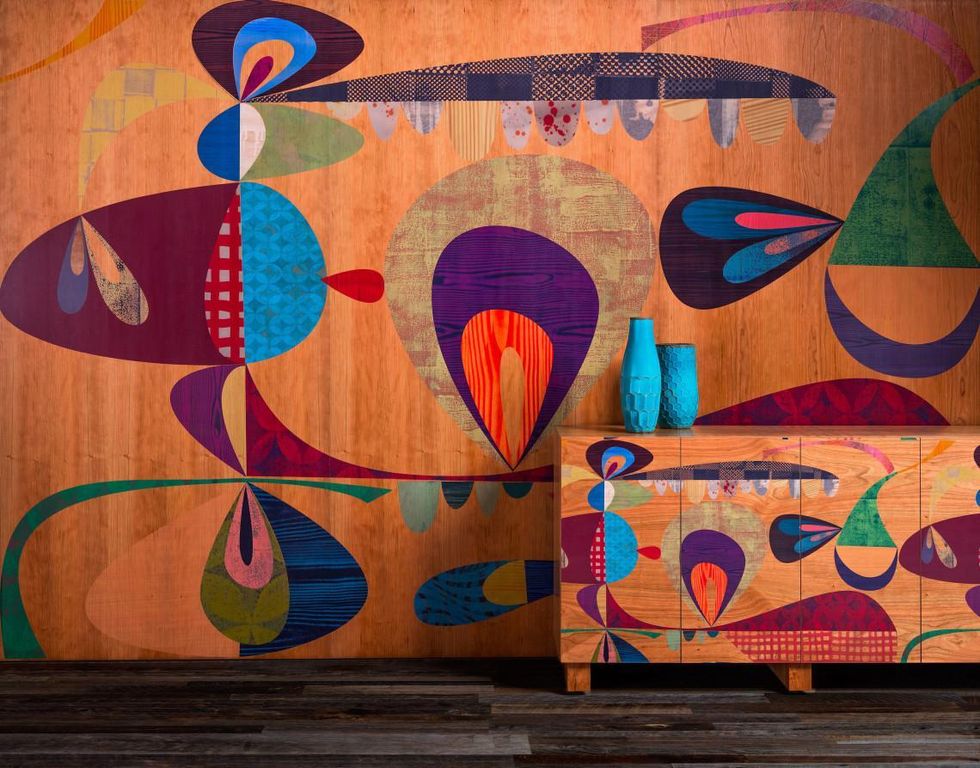 A collaboration with B+N Industries: Infused Veneer in Ellipses and Waves pattern with closed Credenza in Cherry (2015).