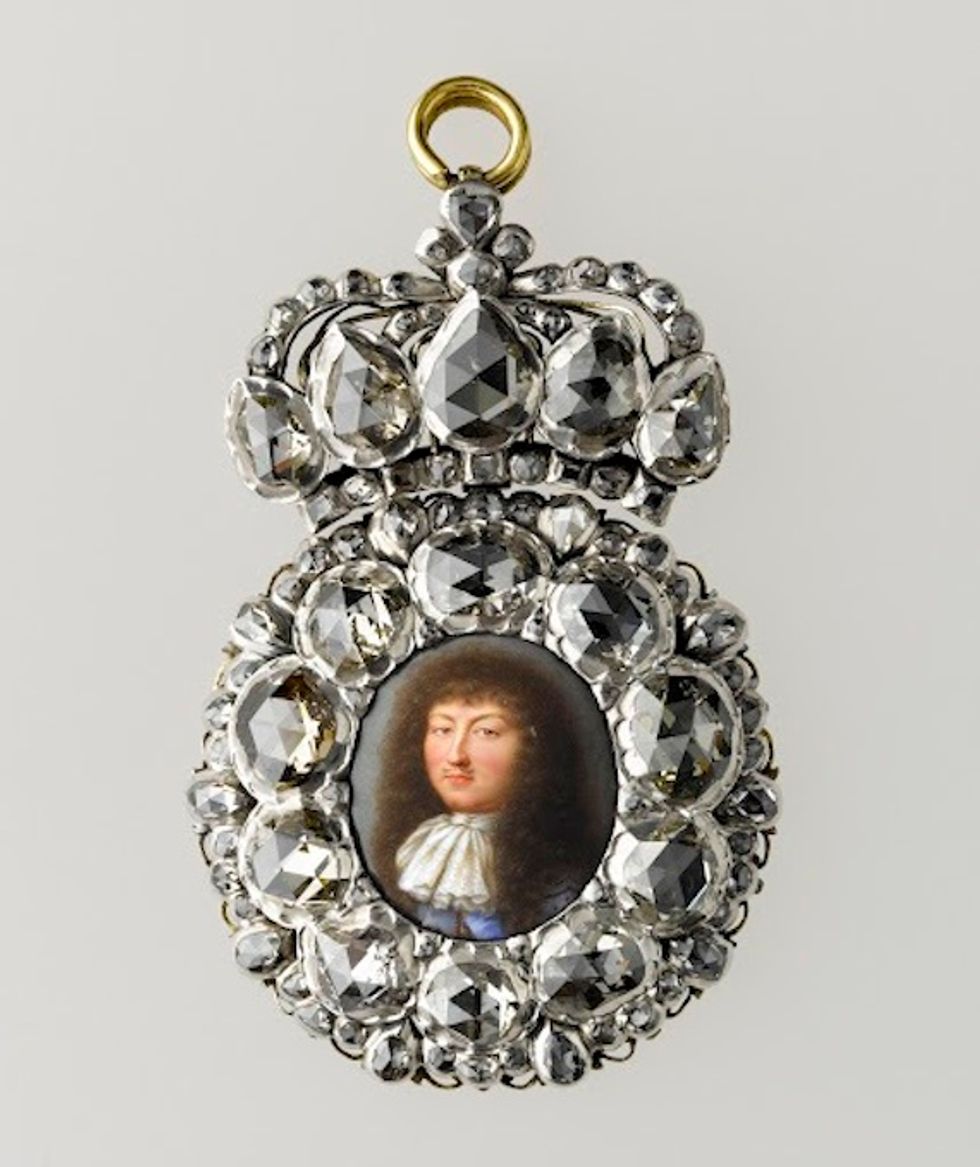 Royal Treasures from the Louvre Come to the Legion of Honor

While the Musée du Louvre’s decorative arts wing is being made over, its treasures of the French monarchy are displaced. And, perhaps typical of things destined disappear from their hometown, they have turned up in San Francisco – specifically The Legion of Honor. The museum has struck up an accord with the Paris institution to host this and several more exchanges over the next five years. So art lovers and Francophiles, rejoice.

Of course, much of the loot present in Royal Treasures from the Louvre: Louis XIV to Marie-Antoinette is not “art” per se. Tendentious as it is to draw a stark art/craft divide, the former royal family’s jewel encrusted candelabra, mosaic tables of semiprecious stones, porcelain china and decorative snuffboxes would seem to fall, without much controversy, in the latter category. This is not to be dismissive: These objects, beyond flaunting blueberry-sized diamonds (which they do), are remarkable indexes of technical skill. Porphyry is not an easy material to sculpt, so I hear, nor is lapis lazuli a cakewalk to craft–yet in these objects, it is done in exquisite, opulent detail. Even as someone more given to the conceptual side of the art spectrum, it was impossible not to be bowled over.

Beneath the surface layer of “aesthetic appreciation” (read: Pretending you’re mega rich and shopping in the world’s fanciest antique store), these objects also tell a fascinating story of social and political power dynamics. In places the divide is threadbare, as with the porcelain dinnerware set that King Louis XV gifted to the Austrian nobility to seal their alliance in the Seven Years’ War, or the handsome snuffboxes bearing portraits of the king, given to foreign diplomats whose positions aligned with French interests – little forget-me-nots of a sort. Ironically, as a result of this constant power consolidating and Imperialist war mongering, France would enter a recession and the monarchy’s silver treasures would have to be melted down to fill national coffers.

Americans may feel disturbingly familiar with this troubled relationship between art patronage and defense budget. The objects in this exhibition are a pleasure to look at, but if you’re missing the political shadows that they cast, you’re missing the point. On view, here, is the story of an empire in its doomed, opulent twilight.

Royal Treasures from the Louvre: Louis XIV to Marie-Antoinette runs through March 17, 2013, at the Legion of Honor (100 34th Avenue).