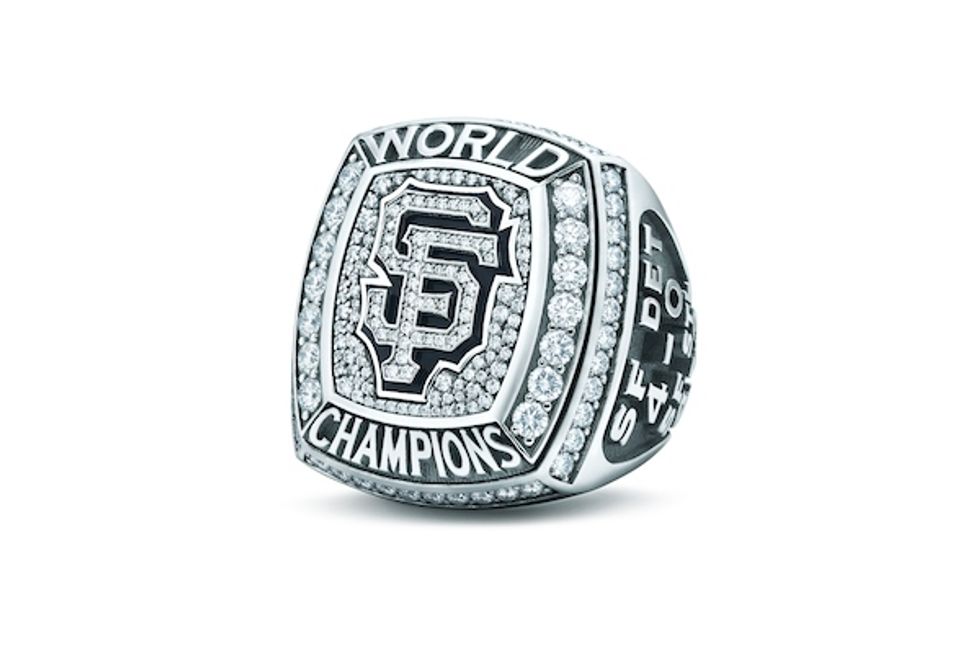 For the third time in five years, your San Francisco Giants won the World Series. Tonight's 3-2 win against the Kansas City Royals cemented the team's status as a sports dynasty. All hail the Giants.

Named MVP shortly after Game 7 ended (we clinched it via a simple catch by Pablo Sandoval), pitching machine Madison Bumgarner dominated the mound. His performance will go down as one of the best in postseason history, period.

"Bumgarner pitched the final five innings, allowed two hits and survived a real scary moment with one out to go to seal not only the title, but a gilded page in baseball’s history books," reports SFGate. "He threw 21 innings in the World Series and surrendered one run."

In the end, this was a poignent victory for the team, who couldn't catch a break late in the season. Angel Pagan on the DL. Coming in a wildcard contenders. The Giants did not enter the series as favorites to win. "You'll think back to this World Series and it will make you feel things. You'll remember how this wasn't the best team, how it was dinged up. And you'll wonder how in the world they did it," notes Grant Brisbee of McCovey Chronicles.

But they did win. Again. Not since the 1942-46 St. Louis Cardinals has a team in the National League won three times within five seasons.

Meanwhile, down at AT&T Park near 7x7 headquarters, the scene is raucous and joyous. Congratulations, Giants. Come home soon, boys. We've got a parade waiting for at noon this Friday!