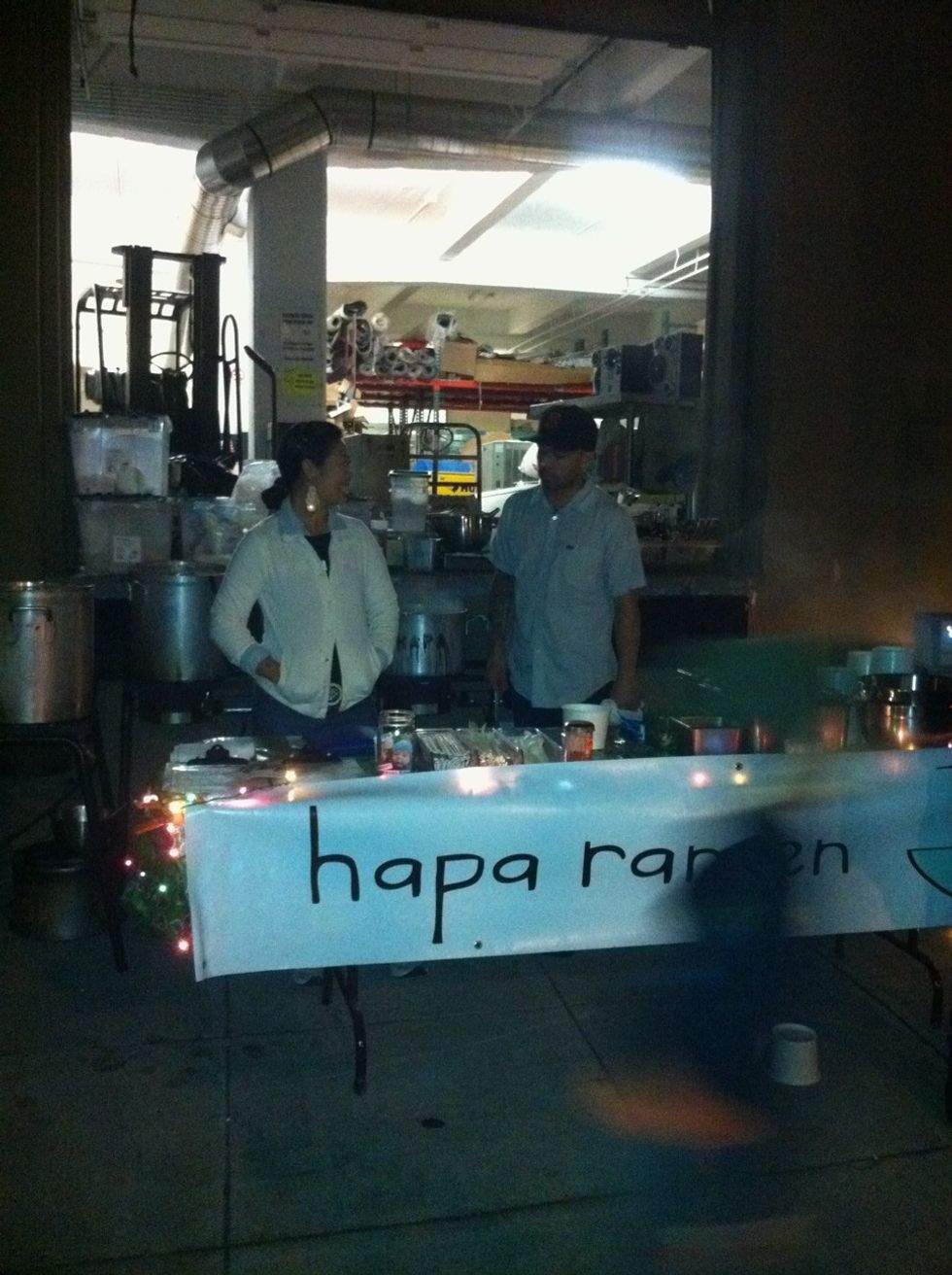 So I was headed to an event in the Mission District on Saturday night, when I came across a stand being set up by Hapa Ramen.

I was the first customer at this little pop-up stand that they just started, located outside the loading docks of their kitchen. (Think Kitchenette, but at night.) Owner Richie Nakano was there, his eggs cooking sous vide, the water for the noodles just coming to a boil. Christmas lights, a few stools and a table decked in oil cloth, made for a little festivity. And though it wasn't one of our colder nights, a bowlful of hot, rich ramen broth and some good fatty pork hit the spot. Richie, not intent on absolute tradition, always tops his ramen with some vegetables like winter squash and shredded watermelon radish. He also might be the only ramen cook in the world to round out his miso-based broth with a little tahini for a distinctively NorCal flavor.

The last time I had Hapa ramen, it was for this article when Hapa Ramen had just launched. Things have changed a bit, and I think for the better. Nakano is now using organic, vegetarian fed pork from Llano Seco in Chico, which basically slaughters to order. The pork is leaner, but Nakano only uses belly in the ramen (so lean is not really an issue). Nakano originally started out making his own noodles, an ambitious endeavour, but he now has Hideyuki Yamashita, a noodle maker who has a company called Yamachan in San Jose, making his organic ramen noodle recipe for him.

This Saturday night Hapa will be back again, same time (starting around 7 pm), same bad place. Although I was there for the early bird special, they sold out at midnight last Saturday. If it's really freezing outside, you might want to bring a flask of whiskey for the perfect pairing.

At 18th and Harrison, Saturdays, 7 pm until they sell out.