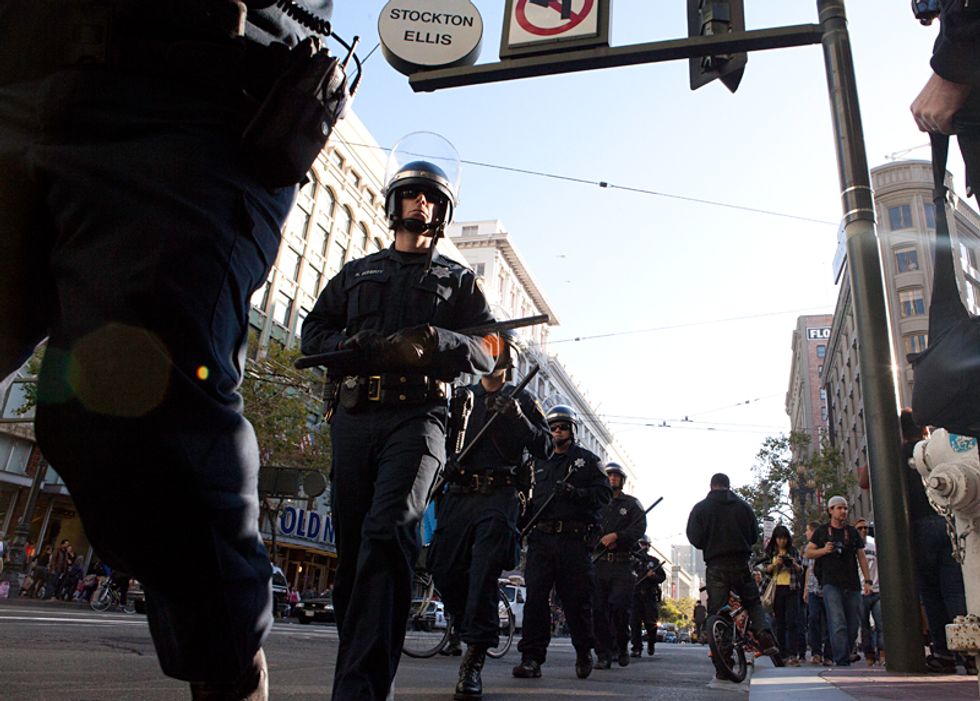 Scenes of the City: BART Protests

For this edition of Scenes of the City we tagged along for the fourth week of BART protests in downtown SF. The protesters stayed out of the paid area of the BART stations until they made their way to the Embarcadero. In the Embarcadero Station, one man crossed over to the paid area. Two arrests were made over the evening.

BART protesters being interviewed by the local media at Civic Center.

Police in riot gear lining up before embarking from Civic Center.

Everybody was protesting something, and many times they didn't align.

Many protesters came prepared for anything to happen, here a young man has a gas mask hanging off his pack.

While no stations were closed during the events, the police were there in force.

Protesters exit the Powell St. Station and the police line up to follow.

A street performer at Powell Street Station continues his dance as the protesters and police pass through.

One of the around 70 protesters makes her way down Market St.

Everything began to come to a head as protesters entered the Embarcadero Station– the end of the road.

He crossed over into the paid area of the Embarcadero Station and.......

after several warnings they arrested him.

After the arrests the protests continued but began to wane and separate.

The police continued to escort the crowd back up Market Street to the Civic Center Station.

By the end, messages were garbled at best. They all said they'd be back next week–hopefully they'll figure out something to agree on by then.