Scenes of the City: Tour Diego Rivera's 'Allegory of California' 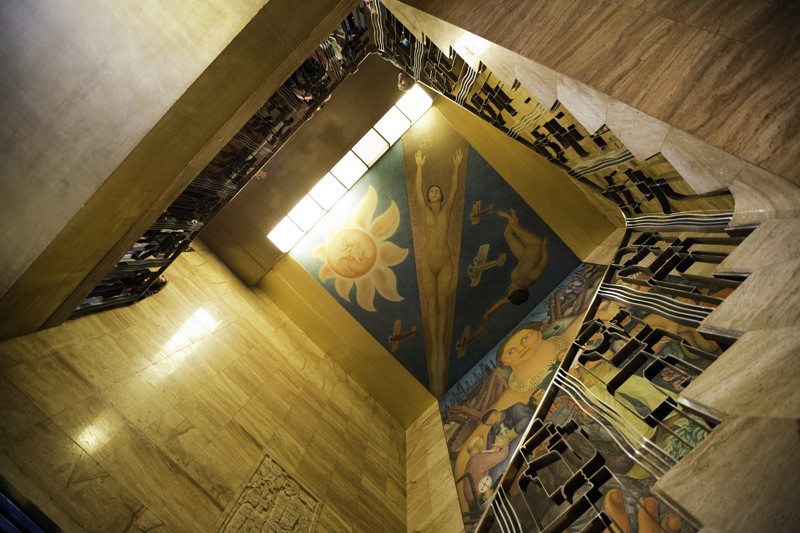 Previous Next
A view from the bottom of the staircase 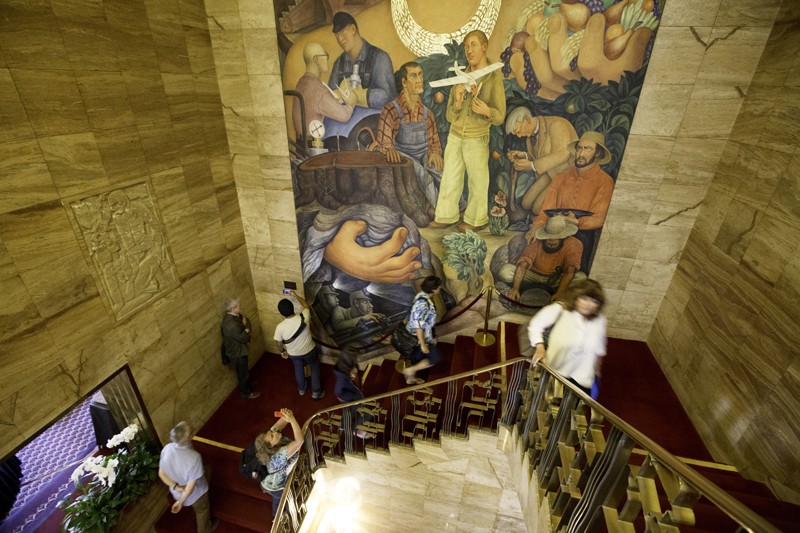 Previous Next
'Allegory of California spans two levels and the ceiling at FiDi's City Club. 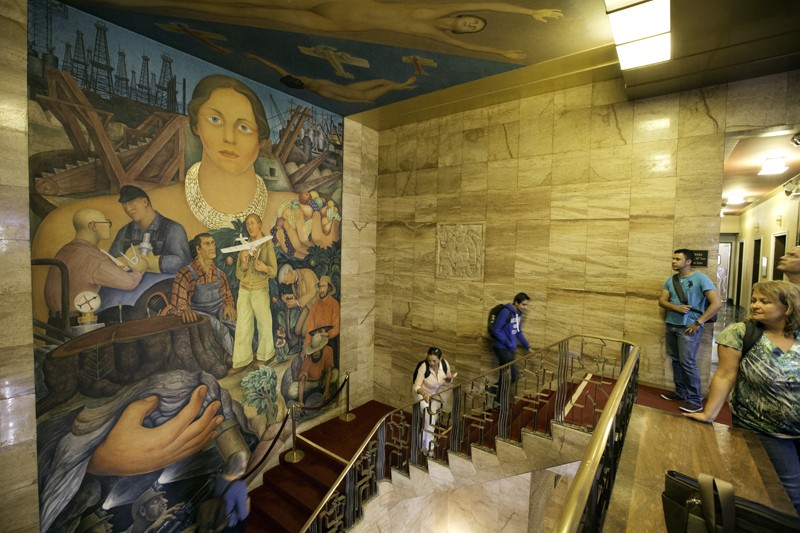 Previous Next
The painting's central figure, Calafia, is represented as an Earth Mother in a necklace of gilded wheat. 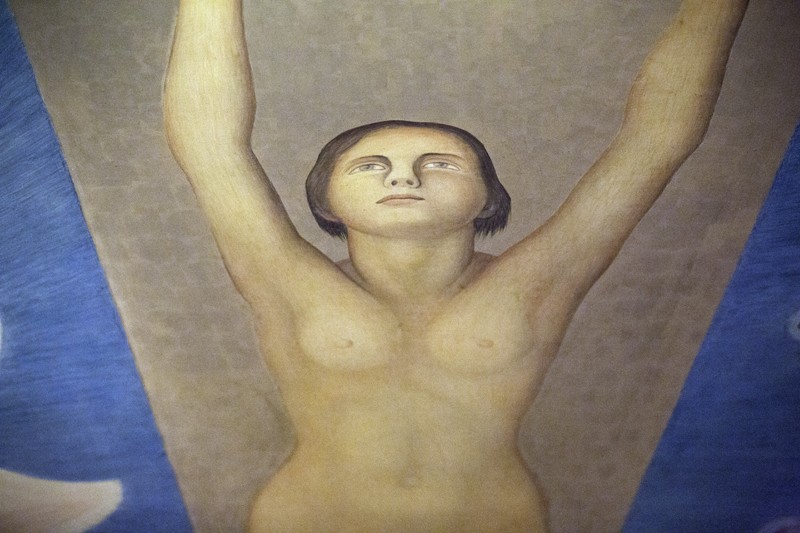 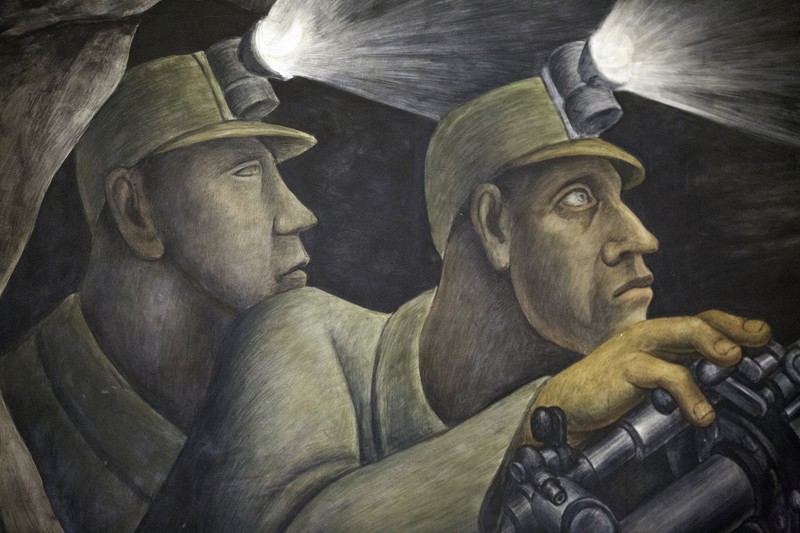 Previous Next
Miners in the lower lefthand corner of the mural 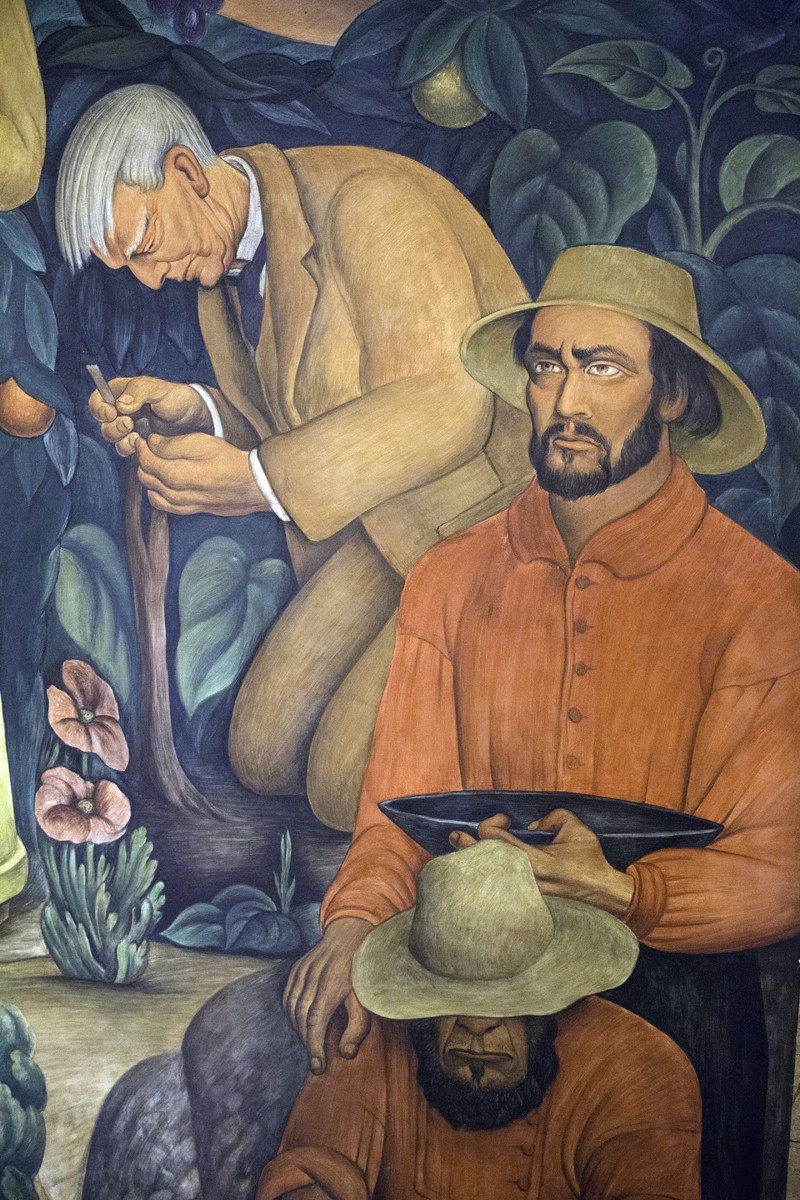 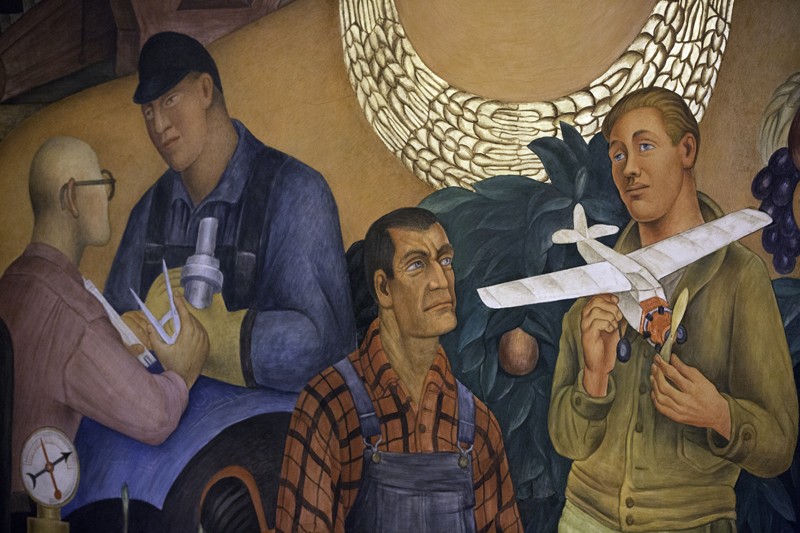 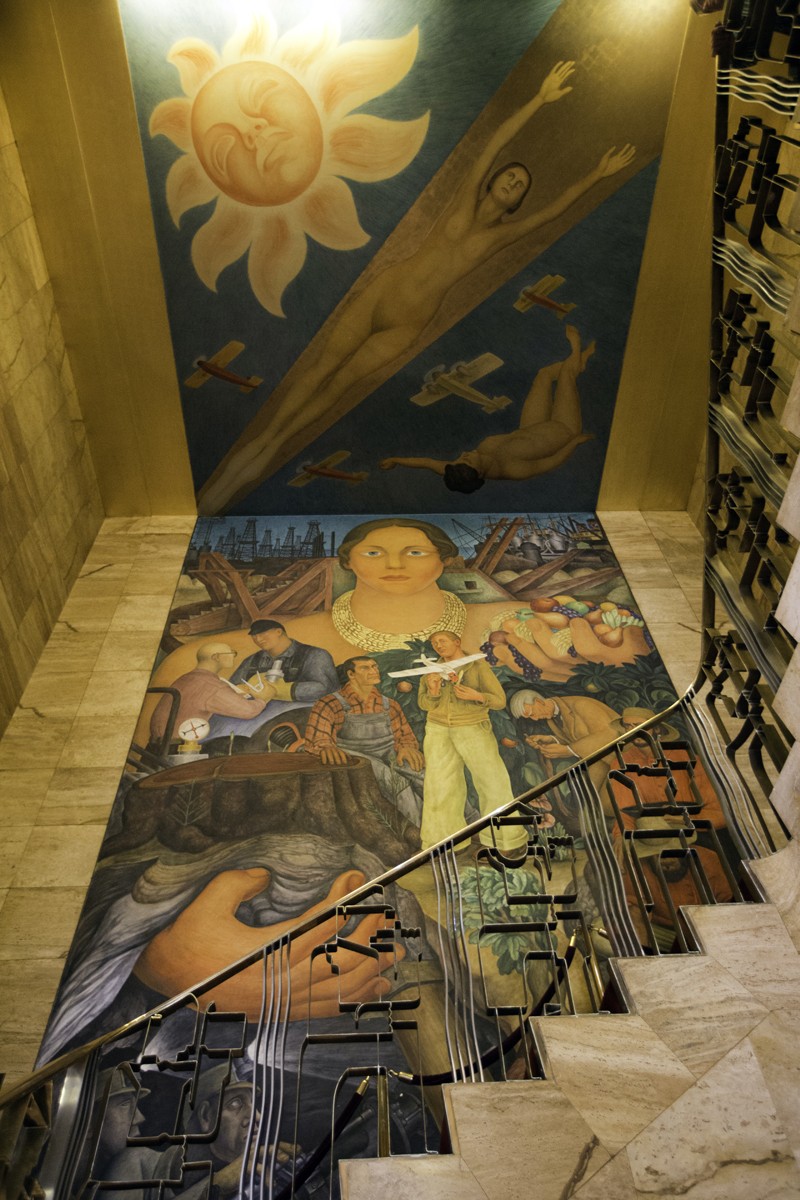 Previous Next
The mural wall and ceiling from below 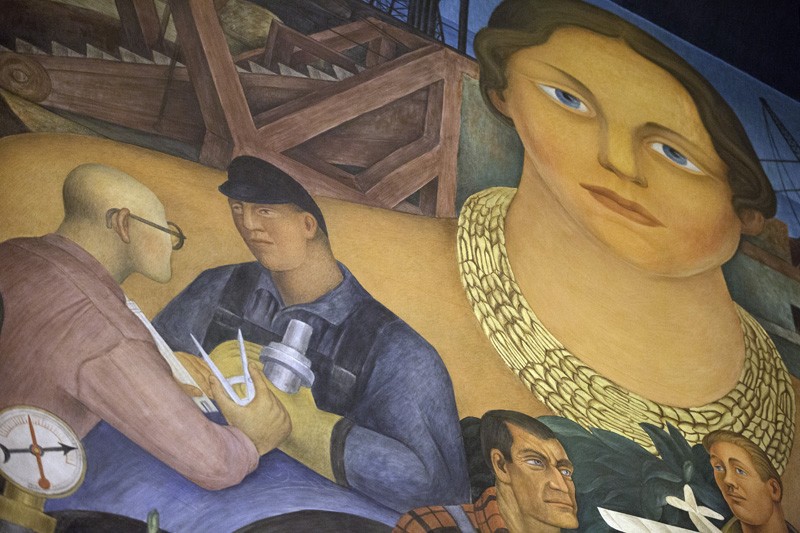 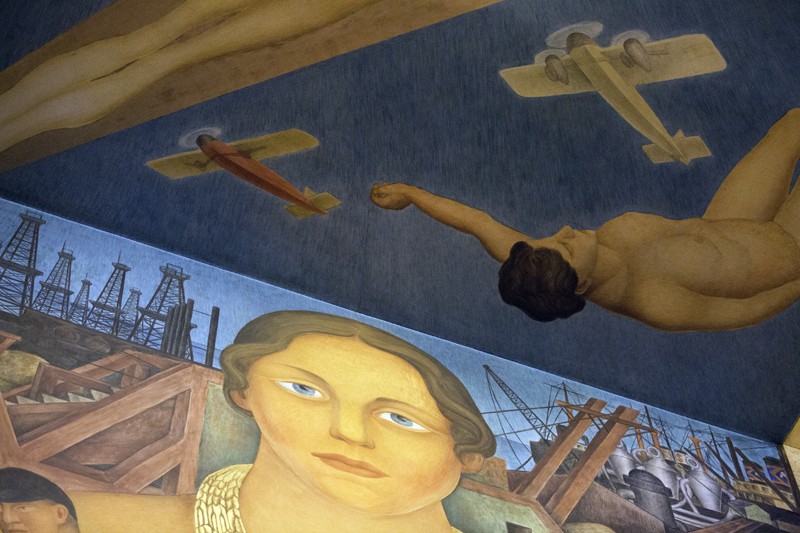 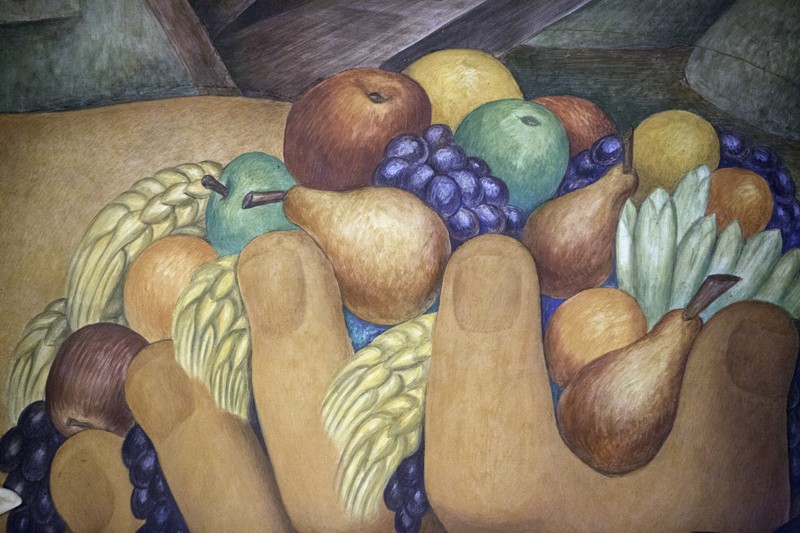 Previous Next
Calafia holds the bounty of California's fertile land. 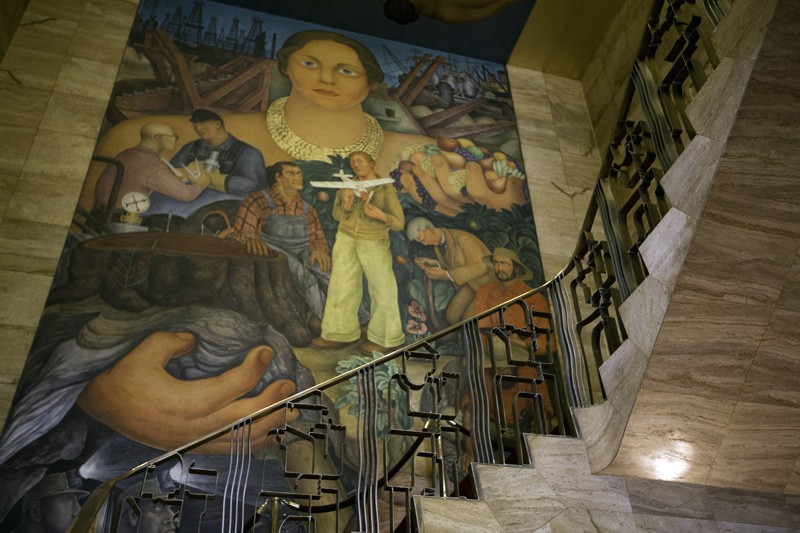 Previous Next
The mural from below the stairs 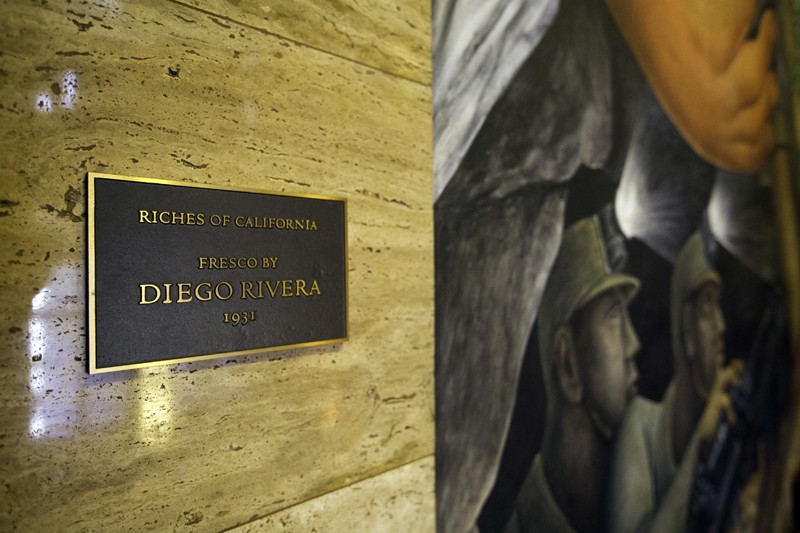 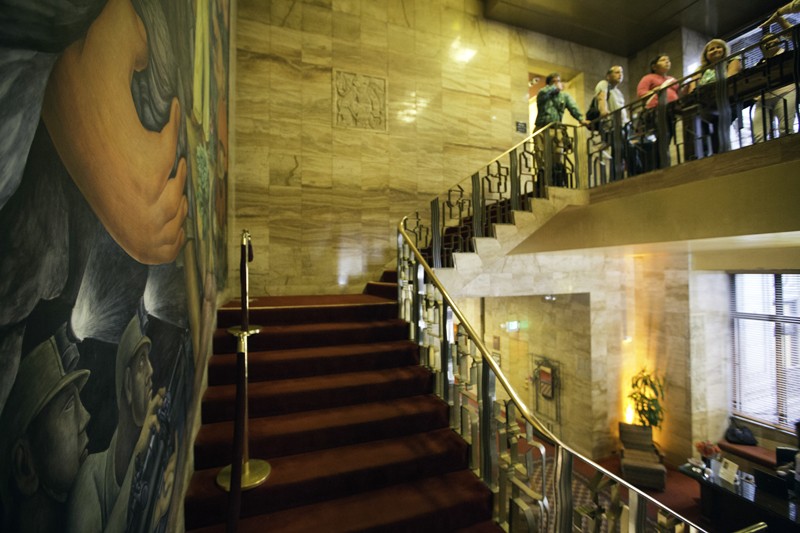 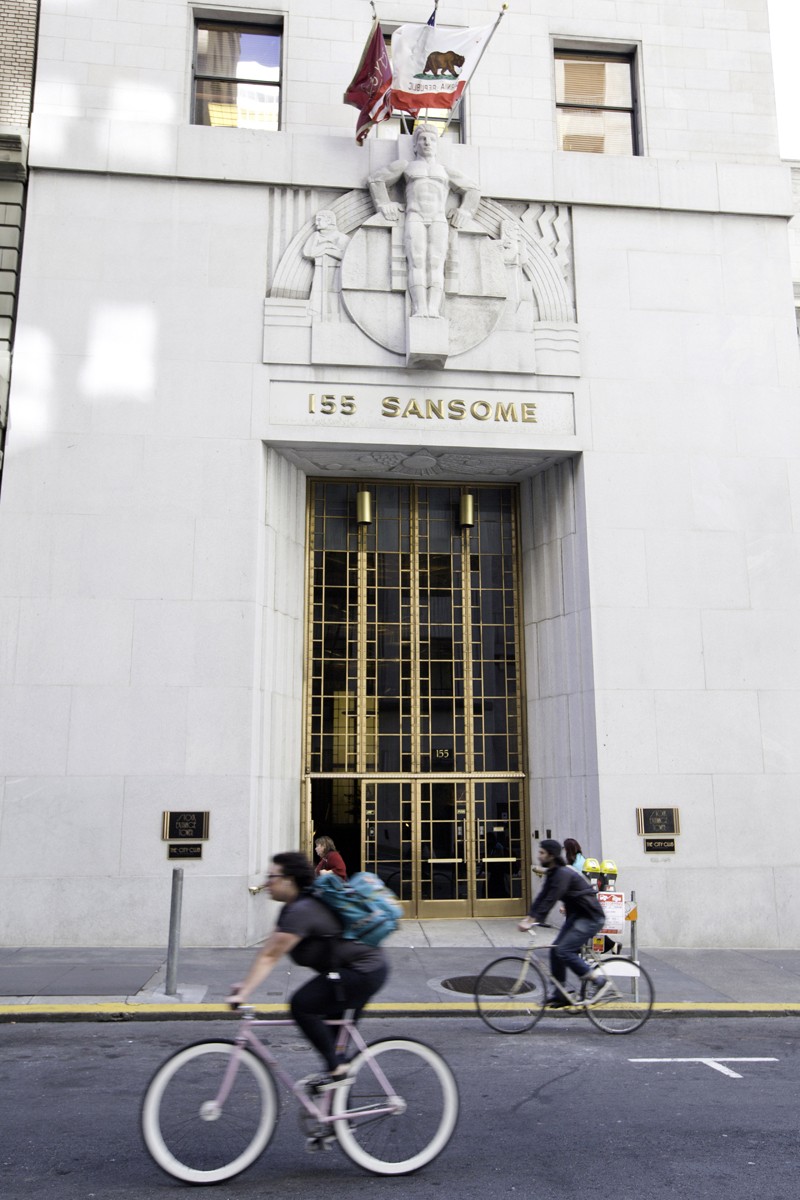 Previous Next
The City Club facade at 155 Sansome

This week, we tagged along on an art lover's dream tour for an up-close view of Diego Rivera's first mural in America, Allegory of California, located in the City Club in FiDi.

Also referred to as Riches of California, Rivera's 1931 fresco in the City Club (the Pacific Stock Exchange during Rivera's time) spans two floors, wall and ceiling, of the venue's grand stairwell.

Dominating the painting is the image of Calafia, a fabled warrior queen who once ruled over the mythical island of California. Interestingly, legend has it that Calafia was a black woman reigning over a kingdom of all black women; Rivera chose to depict her as white and, some say, as the tennis champion Helen Wills Moody. Portrayed as an Earth Mother figure, Calafia wears a gilded necklace of wheat; her right hand digs the earth for resources while the left hand holds its bounty.

There are several portraits within the larger mural, including one of James Marshall, discoverer of gold, and another of Luther Burbank, the famed horticulturist who also captured the eye and paintbrush of Rivera's wife, Frida Kahlo. Additional figures and symbols represent the Bay Area's sectors of industry, including engineering, farming, oil, shipping, and ideas of youth and dreams.

A close-up tour of the mural naturally reveals many more details hidden in the paint. To see for yourself, take a free SF City Guides tour. Space is limited; reservation are a must.  //  Tour Allegory of California on Aug.17, Sept.21, or Oct.19., sfcityguides.org