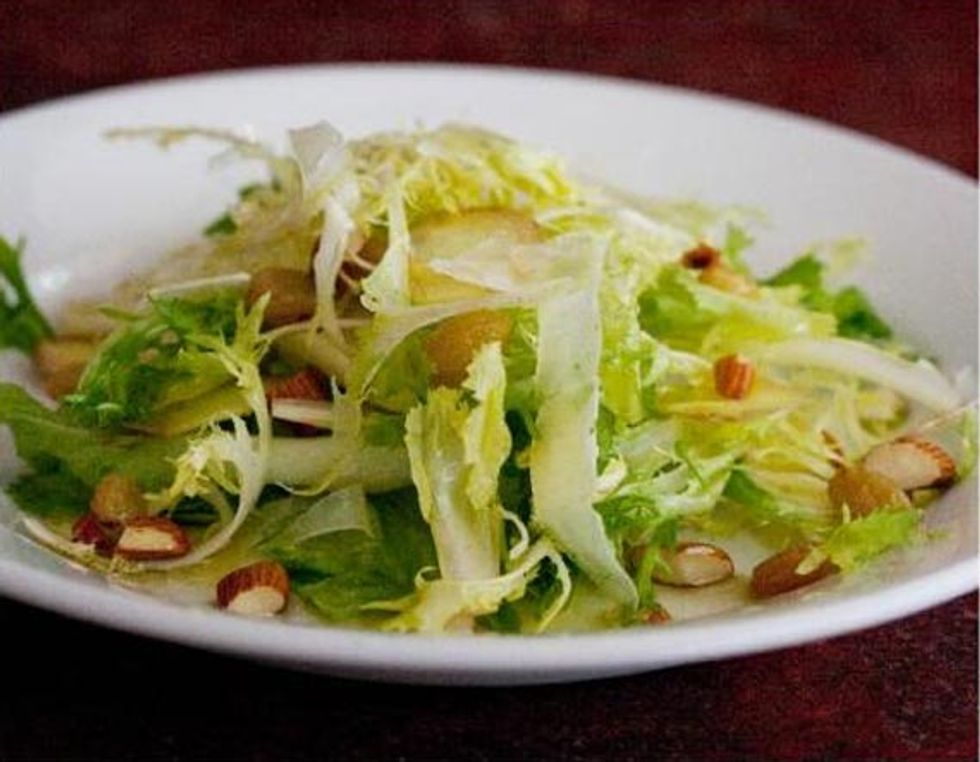 7x7 asks the city's chefs for the recipes to their most loved cocktails, bar snacks, starters, mains, and desserts. If there's a dish you can't stop thinking about, emaillauren@7x7.com. Your wish may end up on the blog, along with the actual recipe from the chef.

In 1987, Judy Rodgers signed on as chef of Zuni Cafe in Hayes Valley and eventually became co-owner. Then in 2004, her French and Italian-influenced menus earned her a James Beard Foundation Outstanding Chef award. Last week, the James Beard Foundation published Best of the Best (Chronicle Books), a collection of recipes from its award recipients, including Rodgers. In it, she offers a frisee and escarole salad that's simple to make--though you do have remember to soak raisins days before you plan on serving it.

2 ounces sunchoke, washed and trimmed, but not peeled

1. At least three days before you make the salad, combines the raisins and sherry in a small jar, cover, and leave it at room temperature. Shake the jar a little each day to encourage the raisins to absorb the sherry evenly. They should absorb all or nearly all the sherry.

2. Combine the shallots and vinegar in a small bowl and set aside to marinate. After about 20 minutes, whisk in the oil and season with salt.

4. Place the frisee and escarole in a large salad bowl. Add the almonds and raisins. Using a vegetable peeler or mandolin, shave the sunchoke into thin slices onto the greens. Next, shave about 1 ounce of the cheese into the bowl. Add the vinaigrette and toss well to make sure every leaf is fully coated with dressing. Taste and add salt, if needed.

5. Divide the salad among four small plates, dividing the elements evenly. Garnish each salad with shavings of the remaining cheese and finish with a few grinds of black pepper.