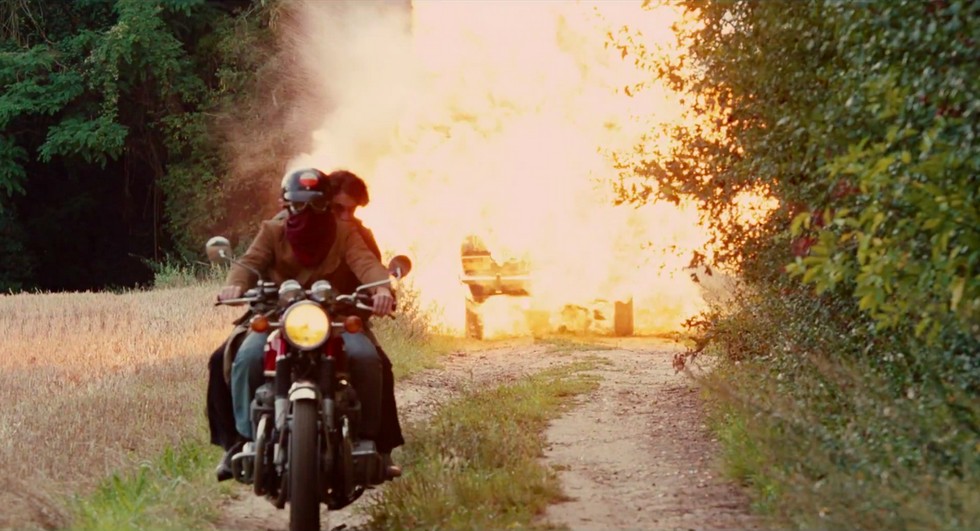 Previous Next
Olivier Assayas' Something in the Air is explosive. 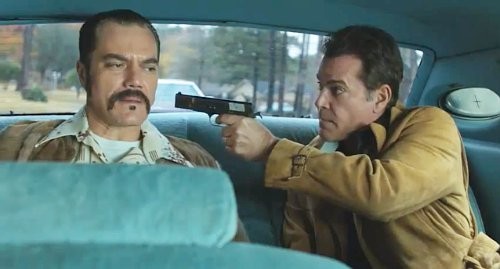 Previous Next
Ray Liotta gets the jump on Michael Shannon in The Iceman. 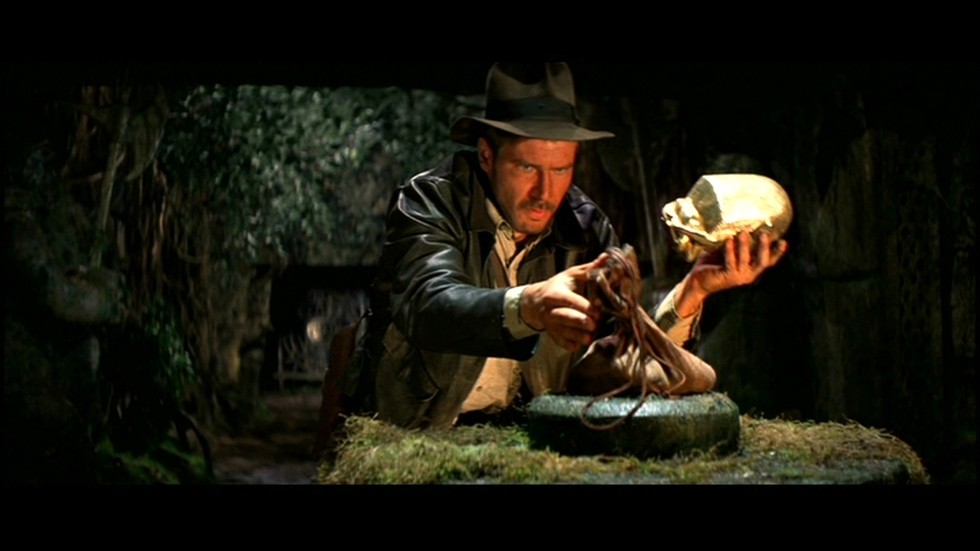 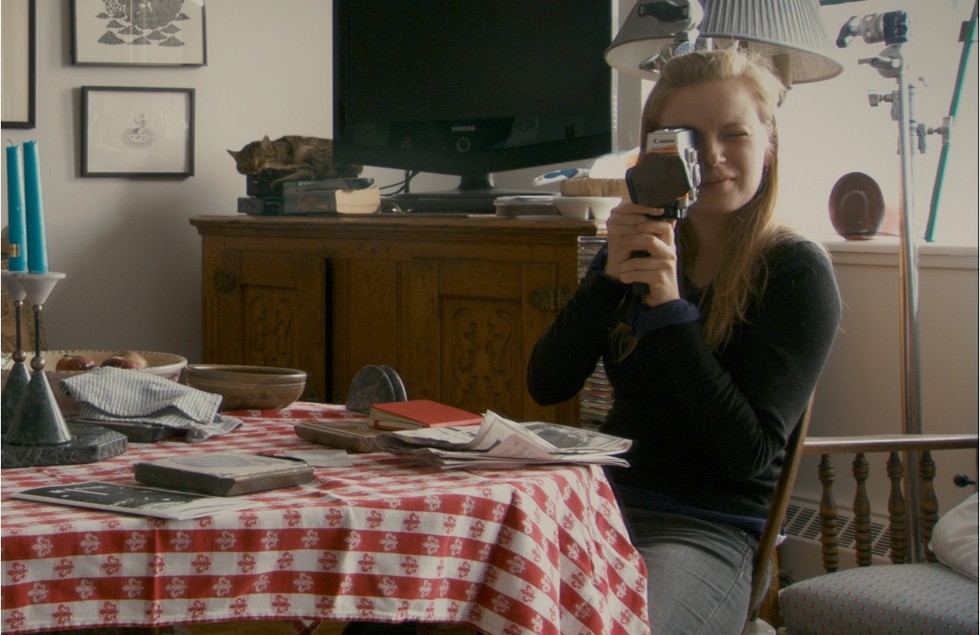 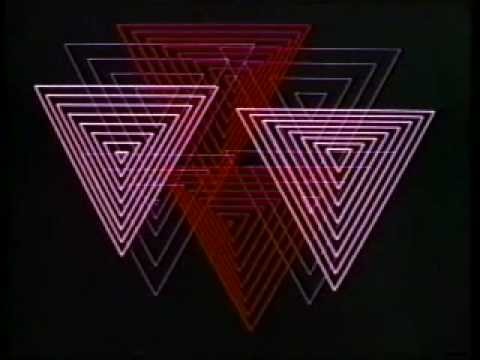 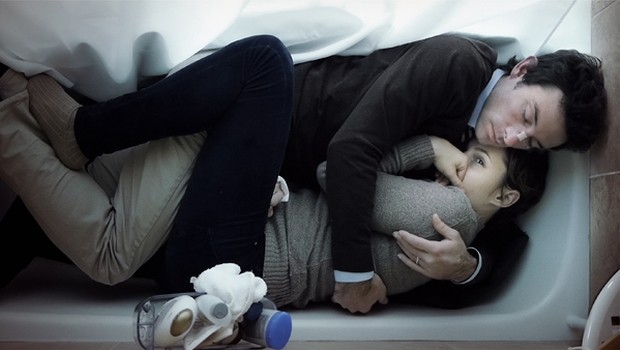 Previous Next
The characters in Shane Carruth's Upstream Color seek safety in the strangest places. 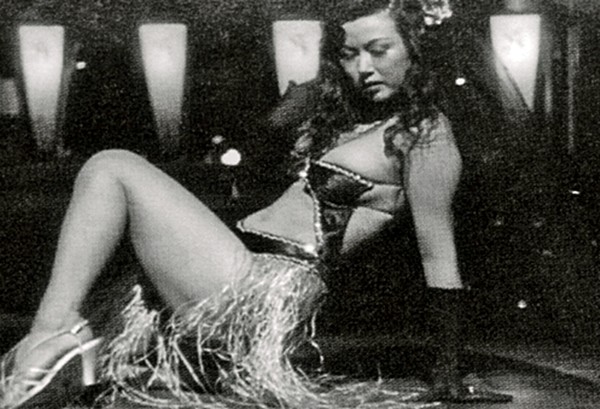 Previous Next
All girls get down on the floor in Teruo Ishii's Flesh Pier.

Get a sneak peek of seven indie gems screening in San Francisco over the weekend and into the week.

1) Something in the Air

Olivier Assayas is something of a transformer. He’s like one director that’s actually three directors. There’s the one who did the slick but seedy Demonlover and Boarding Gate, the one responsible for modern, well-observed portraits like Clean, and the one who made emotional, resonant period works like Les Destinees. This third face re-emerges in Something, a gorgeous, kinetic exploration of youth rebellion in the years following the events of May 1968, a pivotal moment in French history. The film also features one of the best selections of relatively obscure psychedelic gems of any film about the early ‘70s. Starts tomorrow at Opera Plaza Cinemas, 601 Van Ness Avenue, 415-771-0183.

Critical reviews of The Iceman spotted with disappointment surrounding the rather mundane script and limited stylistic tweaks have clearly missed the mark: The film rests soley on the sheer power of the unassailable character actors populating its frames. Michael Shannon, Ray Liotta and, yes, Chris Evans (who’s always made an unconvincing leading man) are forceful and enjoyable. We can see teenagers quoting this remorseless killer for years to come. Starts tomorrow at Sundance Kabuki Cinemas and Embarcadero Center.

3) Raiders of the Lost Ark

The incredibly close but characteristically fuzzy appearances of Harrison Ford at the San Francisco International Film Fest last week did nothing if not jog memories of his earlier days. As if on cue, two (nearly) midnight screenings of Spielberg’s swashbuckling Raiders appear this week–arguably one of Ford’s sexiest star turns. Grab a beverage and come watch him get his sexy on. Playing Friday and Saturday at The Clay, 2261 Fillmore Street, 415-561-9921.

Sarah Polley’s affecting, effective exploration of her exuberant mother’s life and her unintentional discovery of her own family secret is one of very few filmic biographies that might be qualified as a must-see. Bearing more in common structurally with Capturing the Friedmans than other self-touting celebrity bios, Polley’s expert handling of the material houses more than one shocking reveal, and handily drives viewers to tears without the benefit of musical crescendos or cheap sentimentality. Starts tomorrow at Embarcadero Center Cinemas, 1 Embarcadero Center, 415-352-0835.

The Strange Sinema programs at Oddball are always a wonder to behold. This edition features a selection of eyeball-popping avant-garde works including Rene Claire’s Entr’acte, films by optical art giant John Whitney, a short doc about Op Art godfather Victor Varasely and tons more. As usual seating is limited at Oddball, so RSVP to them by phone or at info@oddballfilm.com. Plays tonight at Oddball Film+Video, 275 Capp Street, 415-558-8117.

Shane Carruth’s gorgeous but intentionally indecipherable mobius, Upstream Color, and indie alumnus Amy Seimetz’s (who stars in UC) debut Sun Don’t Shine make a heavenly double-feature if you like intelligent, emotionally charged indie films (give in: you do). Plan some time next door at Dalva’s Hide Out to decompress and figure out what the heck just happened; you’ll need it. Playing this weekend at the Roxie Theater, 3117 16th Street, 415-863-1087.

YBCA treats with another retro of seldom-seen genre hits, this time from Japan, during an era when collapsing finances and audience erosion led to a glut of smash 'em bash 'em grab 'em and stab 'em flicks from soon-to-be defunct studio Shintoho. Names like Teruo Ishii will ring a big, knotty bell for Japanese grind lovers, and a ton of these movies are so rare you might never have this chance again! Screening through May 26th at YBCA Screening Room, check times and dates.

The Most Delish, Convenient Meal Delivery Services in the Bay Area

6 Spots for Poetry Readings and Open Mic Nights in SF