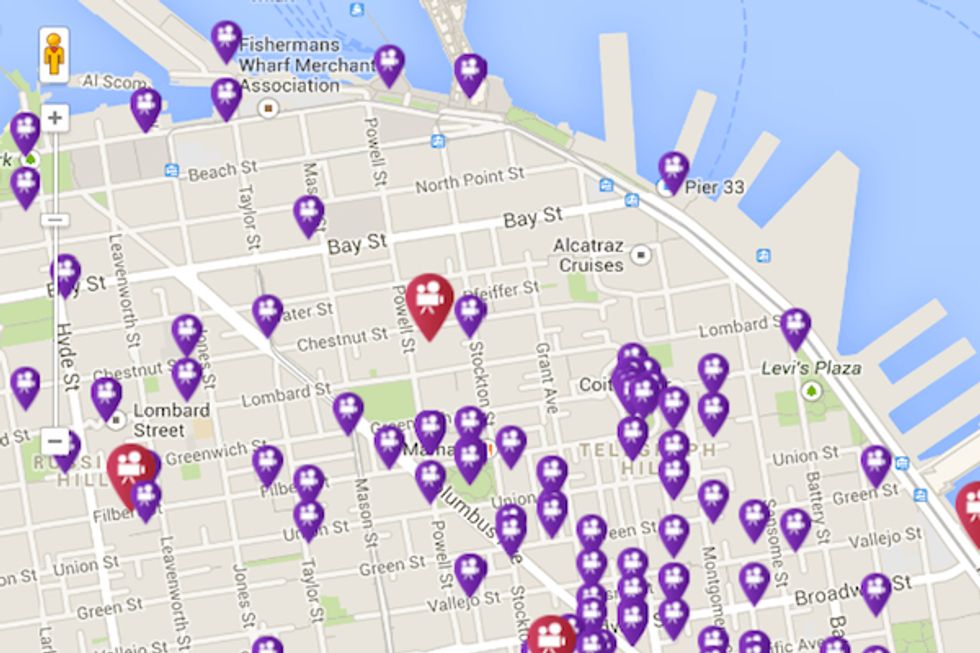 In honor of all the new movies that are being filmed in our fair city — from Godzilla to Dawn of the Planet of the Apes and most recently an earthquake film called San Andreas starring Hayward-native Dwayne Johnson a.k.a.The Rock— we wanted to build a map of all the famous filming locations in SF. Lo and behold, a new app, MapHook, beat us to the punch.

MapHook, available in both app and web form, is a database for interesting places near you, using Wikipedia articles, Yelp reviews, and user-generated "hooks" to keep you informed about the best places around town.

They recently added a movie-map feature to their services, which includes everything from the classic chase scene in The Maltese Falcon and the under-the-Golden-Gate-Bridge locales in Vertigo to modern favorites like Blue Jasmine's South Park meltdown and the iconic firehouse in The Princess Diaries. In fact, the map is so dense, it's almost impossible to go anywhere in SF (especially the GGB) that doesn't have the purple icon that denotes a filming location.

Check out some of locales below and learn fun facts about places you never knew made it onto the silver screen:

Download the iOS or Android version and turn on the ‘Featured Hooks”anywhere in the City to access the map on the go.