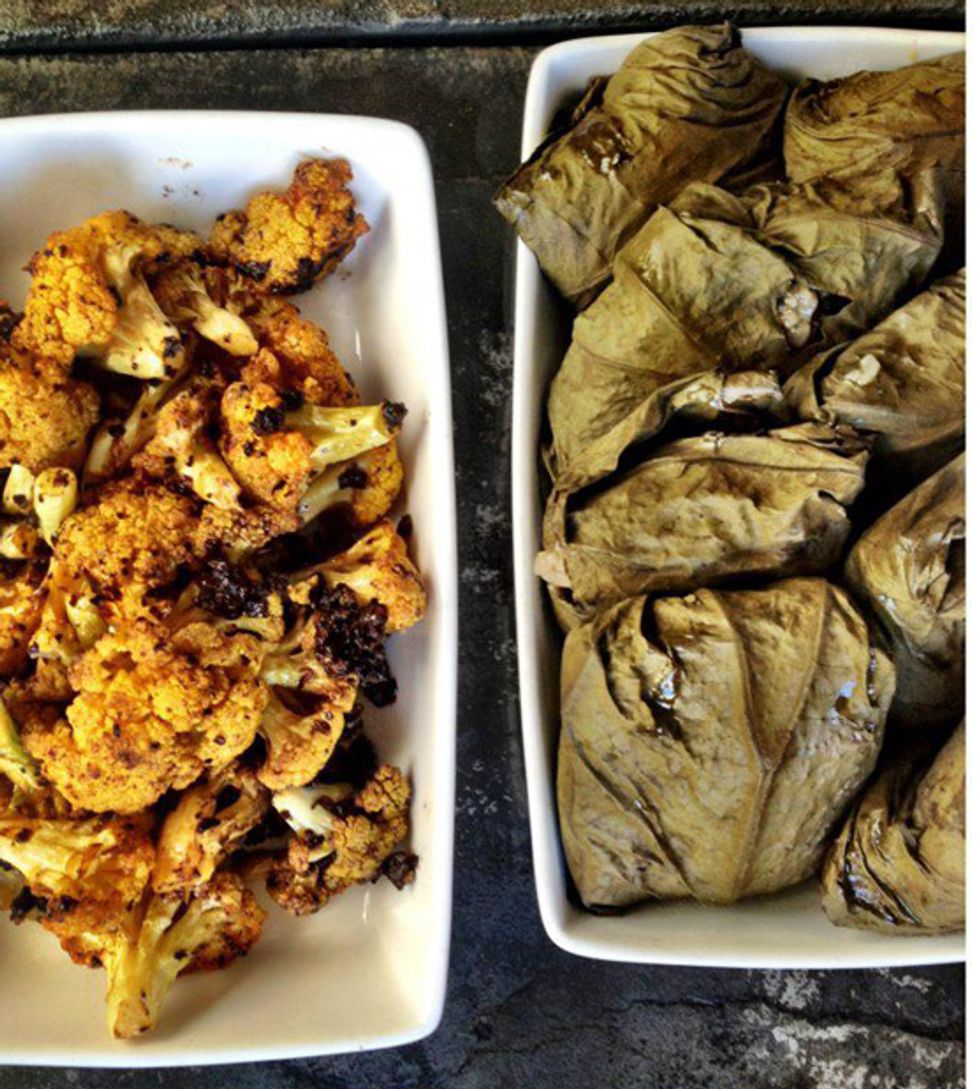 SF's New Guard of Chefs Cook Straight from the Heart

For the past few decades, San Francisco cooking has followed the tenets of matriarch Alice Waters’ Chez Panisse. It married some Italians, giving birth to a Cal-Italian style that local diners know and love. Then an affair with a Dane started mixing up our bloodline.

In 2006, when Denmark’s Noma started pocketing accolades for its highly localized, painstakingly plated food (tweezers in full effect), it stoked the fire for restaurants such as Coi and Saison. But today, it’s getting difficult to classify many of the restaurants, pop-ups, and food trucks opening in SF—so much for New American or even Northern Californian cuisine. It seems there is a new movement afoot that is bringing chefs back to their roots. To be clear: This is a very exciting development.

When telling a friend about my latest heartthrob, State Bird Provisions, I kept trying to use standard food speak like “Californian with international flair” and “ingredient-driven.” But really, all I wanted to say was, “It’s Stuart Brioza and Nicole Krasinski’s food!” Because ultimately, that is just what it is. The couple, who feathered a new nest in a style far from their alma mater Rubicon, is evidence of a new direction. Like many of their contemporaries, Krasinski and Brioza are cooking up cross-cultural, personal cuisine. Various SF restaurants—including Liholiho Yacht Club, Bar Tartine, and Hapa Ramen—are also on the bandwagon, flavoring their menus with dishes that tell stories of the chef’s path, heritage, and family.

Chatting on the phone, I ask Brioza what they’re up to. “It’s about originality and the personal—beyond ingredients, beyond what’s local and pretty. It’s soul,” he says. “This restaurant is liberating because it’s not about replicating. I can cook anything I want. I don’t have to wear a chef coat. It’s a nice time to be cooking. It’s anything-goes cuisine.” And long lines at the door mean people are taking notice.

While the chefs’ ingredients and technique still smack of NorCal impeccability, this new style is more relaxed, with flavors that are often bold, and kitchens that are more workshop than laboratory. These new freewheeling styles often celebrate a chef’s international experiences. Take Brioza, whose mom, a flight attendant, inspired the intermingling global elements (kimchee and lentil dahl) on Statebird’s eclectic menu. “I grew up going to Haiti, Canada, New York City on a red eye,” says Brioza. “I have a super-adventurous mom, even if she wasn’t a really adventurous eater.”

You’ll find another globetrotting style at Bar Tartine, where chef Nicolaus Balla’s flavor-packed dishes effortlessly span Hungary, Denmark, and Japan. For dinner, you can hungrily tear into the Hungarian langos, an irresistible fried potato bread, or the classic dish of chicken paprikas, all reminiscent of Balla’s years living in Hungary during high school. Some of his dishes feature decidedly Japanese components, like dashi or seaweed. Before Bar Tartine, Balla followed his passion for Japanese cuisine with gigs at Nombe and O Izakaya Lounge (where I fell in love with his kimchee). Many of the techniques he learned there have parlayed seamlessly into his artisanal-rustic style at Bar Tartine, especially when it comes to pickling.

In many cases, chefs get further from their soul food as they advance in their careers, letting their heartfelt cooking make infrequent appearances at staff meals or the rare dinner party at home. But lately, the definition of “going out to dinner” is becoming more relaxed as pop-ups are gaining a devoted following.

The rise of pop-up restaurants offers a flexible space for chefs to experiment and express themselves, and many are finding freedom in circling back to who they were at the start. It’s given way to a new kind of home cooking: Chefs are beginning to cook the food that they like to eat themselves.

Ravi Kapur, of Liholiho Yacht Club, is among the chefs honing a personal style on the pop-up restaurant scene. Born and raised in Hawaii, Kapur grew up with Chinese, Japanese, Korean, and Filipino foods and a refrigerator full of oyster sauce, chili paste, hoisin, soy, and fish sauce. But when he started cooking professionally, he says, “I had to put it aside. [Those flavors were] considered fusion and had a bad rap.” After 10 years at Boulevard and Prospect, Kapur took a break from fine dining when his son was born in 2011. He now hosts a pop-up dinner series, serving a set menu with a bounty of family-style plates, including Korean fried quail, teriyaki beef ribs, and coconut mochi custard. “With my pop-up, I am free to do what’s close to my heart,” he says. “I get to explore and celebrate this food and what it means to be Hawaiian. I cook how I eat—not many chefs get to do that.”

But even Kapur admits it’s hard to explain his food. “Is it Hawaiian regional? Asian immigrant food? Hawaiian soul?” he ponders. “That’s the feeling, but I’m struggling to name it. These dishes come from my experience. I’m not cooking with recipes. I’m cooking from my memories. You know it when you taste it.”

Similarly, chef Richie Nakano of Hapa Ramen, named after a slang term for mixed racial heritage, is also struggling to define his cuisine. “It’s not Japanese or pan-Asian—it has too much French technique for that—or the dreaded fusion. I like to call it American, even though it’s Asian-y, because it comes back to the American experience and growing up with ethnic parents.”

Nakano’s ramen has puzzled some hardline traditionalists, but the rest of us are happy to have irreverent add-ons like tasso-whipped lardo in a bowl of 24-hour pork broth loaded with handmade noodles and market-fresh vegetables. The current ramen trend in the city started with Nakano’s experiment. This summer, when he opens his first brick-and-mortar restaurant, Hapa, next to State Bird Provisions on Fillmore Street, he’ll be serving freestyle dishes like pickled pig’s ear with herb salad or potato chips with Thai beef salad dip. Like Kapur, Nakano (previously a sous chef at Nopa) was emboldened to launch his own venture when his son was born. His inspiration is like the others: his heart.