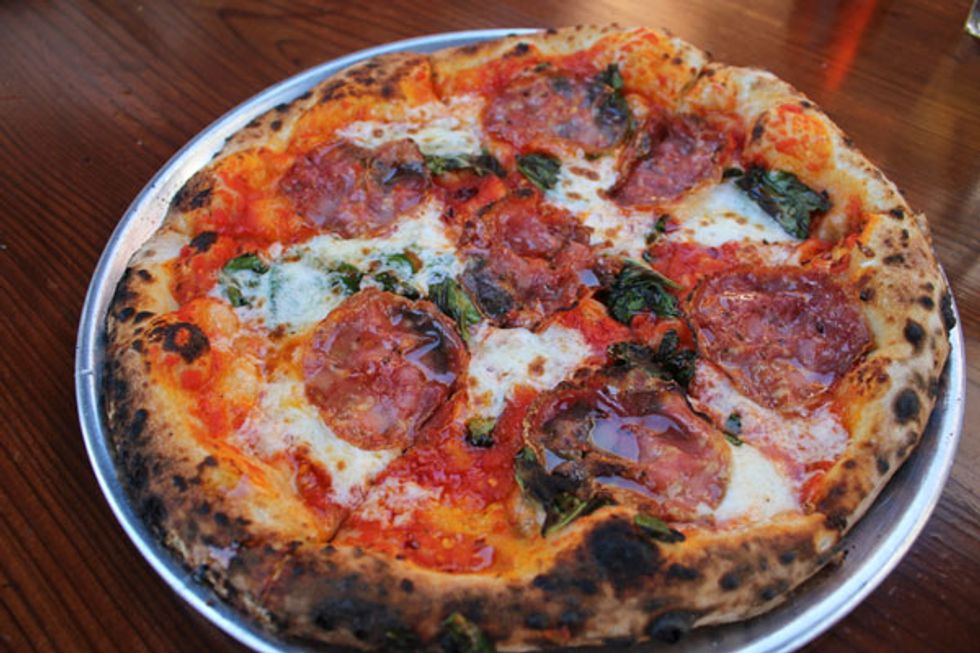 What to eat this week on the Peninsula.

Pizzeria Delfina locations in Burlingame and Palo Alto have launched fried chicken Mondays. Every week, get a solid serving of crisp, delectable bird, garnished with fried herbs and lemon. Chicken service starts at 11:30 a.m., and goes until they run out. You should probably get a pizza for good measure, too.

Speaking of pizza, Howie's Artisan Pizza has opened a new location in Redwood City. The Palo Alto-based pizzeria opened in 2009; the Redwood City location boasts beer, wine, cocktails, and an outdoor patio. Pie toppings range from Zoe's pepperoni to house made sausage and ricotta; we've got our eye on a baked potato pizza topped with scalloped spuds, gruyere, bacon, and rosemary.

Also in Redwood City, look out for the newly opened Blacksmith Bar. The "upscale" dive was inspired by Lafitte's Blacksmith Bar in New Orleans, has an old school design and a neighborhood feel. The bar is also offering a small food menu from Downtown next door, including pork sliders and a bacon burger. Keep an eye on their Facebook page for news of a grand opening party in the near future.