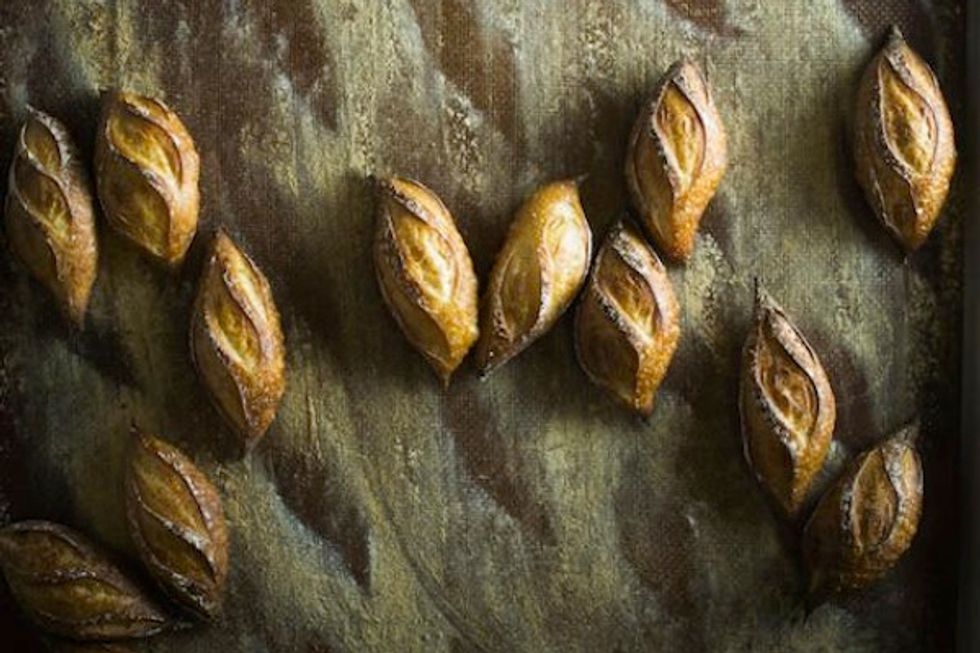 It's almost springtime, South Bay... in case you needed respite from this long, cold winter (right). Seasonal affected disorder aside, we've got a couple new eats to sample in the upcoming weeks.

First off, ManresaBread (which we reported on at the end of last year) is finally open—their downtown Los Gatos retail shop opened on on February 21, slinging sweet and savory pastries, seasonal treats, and wonderfully crusty breads. The goods, courtesy of Manresa's head baker Avery Ruzicka, will also be availble at farmers markets in Campbell and Palo Alto, along with Verve Coffee Roasters in Santa Cruz.

Los Altos will soon be home to Charley Noodle & Grill, a neighborhood joint specializing in ramen. Owner Charley Cheng told us to expect an opening around March 15; in the meantime, check out their website, which promises four types of broth, handmade, medium-thick noodles, and a host of special sides ranging from chicken nuggets to kimchi. Oh, those ramen bowls will be starting at only $4.

Finally, we caught wind of a new location of national chain Habit Burger thanks to SF Weekly. Habit, a fast food spot on par with In-N-Out and Five Guys, is offering their sizable menu of burgers, sandwiches, and salads in Daly City—expect options ranging from a teriyaki charburger topped with pineapple to a respectable veggie burger.