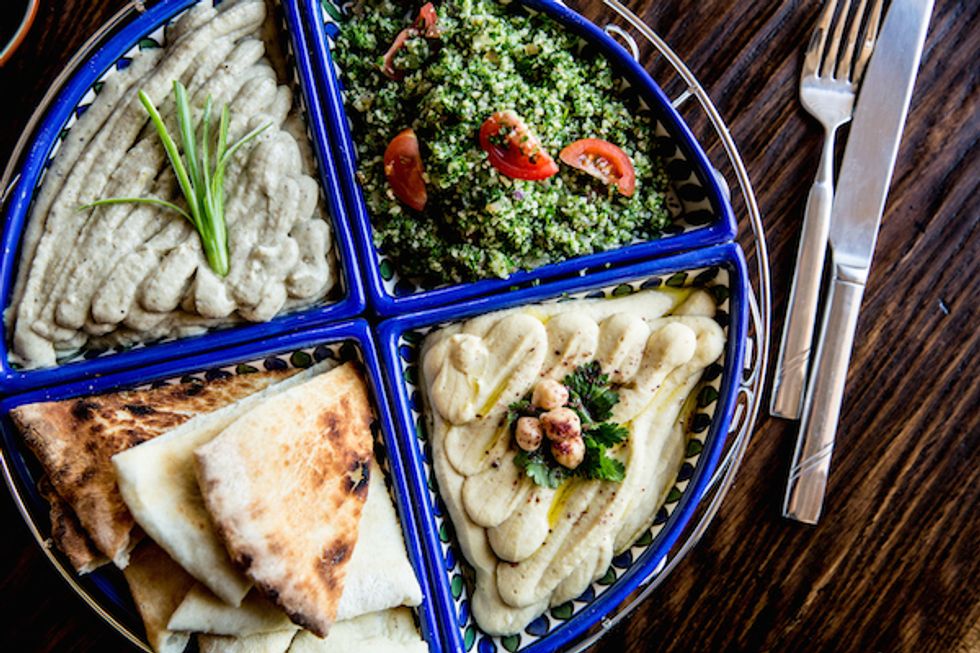 Envision yourself on a yacht in the Mediterranean, sunning yourself on picturesque beaches and eating freshly caught fish, maybe dipped in some hummus. Truly, though, this week the South Bay is all about the Mediterranean eats, with openings showcasing cusine from Greece, Italy, and the Middle East.

First up is Amoura in South San Francisco, a family-owned "modern Mediterranean" restaurant opening on February 23rd.  This is the first full-service, upscale restaurant from the Shihadeh family (they own a number of cafes in the Bay Area, too), and will feature a menu of thoughtful interpretations of Middle Eastern-Mediterranean cuisine, with offerings ranging from pork belly tajine to a house made hummus and k'nafeh, a traditional dessert of shredded phyllo dough and mild salty cheese. Amoura will showcase hard-to-find ingredients, too, like honey from Ramallah and freekeh (green wheat) from Jenin City. They have a full bar program, too, with an extensive wine list and cocktails (including one made with arak, an anise-flavored liquor common to the region).

Travel to Greece by way of Palo Alto, where popular South Bay chain Opa! is taking over the space most recently occupied by the (very) short-lived alkymists. The opening date has yet to be determined (the restaurant didn't respond to our inquiries), but expect Opa's brand of Greek classics (moussaka, souvlaki, and mezze), plus cocktails courtesy of alkymists' liquor license.

Finally, land in Italy via Los Gatos, where Pici Cafe is serving up an extensive menu of pastas, salads, and rib-sticking classics. Pici is the newest project from Farzand Bavand of the now-closed (and very beloved) La Vite Ristorante in Pleasanton — many of La Vite's standbys have made their way onto the new menu, including a pici pasta with meat ragu.