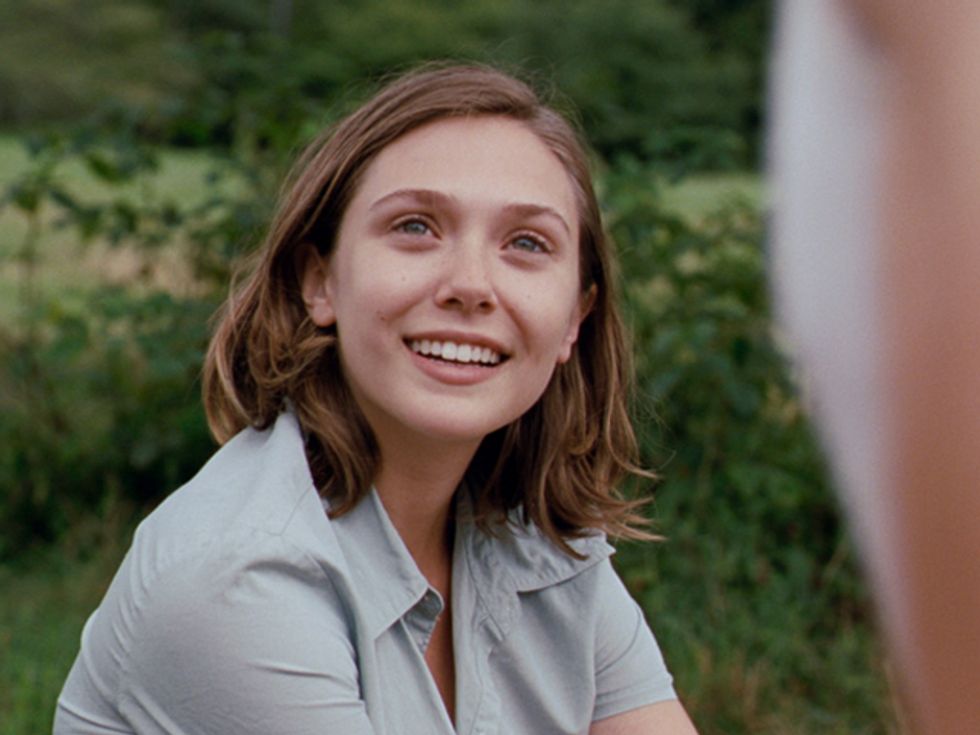 One might reasonably assume that Elizabeth Olsen hails from the same lifelong background in kid-friendly entertainment as older sisters Mary-Kate and Ashley, who were born in 1986 and became regulars on TV’s Full House just a year later.

But while Elizabeth, 22, bears a striking resemblance to her better-known siblings, her career path has hardly followed theirs to overnight success. Lizzie, as she was then billed, made brief appearances in The Adventures of Mary-Kate and Ashley, her sisters’ musical mystery videos from the mid-’90s. Yet it took her more than two decades to grab the spotlight for herself.

After honing her craft at New York University’s Tisch School for the Arts and the Atlantic Theater Company, Elizabeth delivers a breakthrough performance for the ages in the indie drama Martha Marcy May Marlene, now playing at the AMC Metreon and the Sundance Kabuki Cinemas.

In it, she stars opposite recent Oscar nominee John Hawkes (Winter's Bone) as a traumatized escapee from a Manson-like cult, at once projecting the vulnerability of an abused innocent and the unsettling conviction of a true believer.

It is a startlingly complex role, the kind Elizabeth envisioned as a kid, when she began planning her career as a grown-up. “I started going to conservatories when I was 16,” she says. “I wanted to be an actor, just not a child actor. So every time an age-appropriate part came along at the theater company, I auditioned for understudy parts.

“I ended up working on stage, Broadway and off-Broadway, and I met my agent through one of the teachers at my acting school. So none of what I’ve achieved has come from family connections, though I don’t want to distance myself from my family, because they’re very important to me.”

Elizabeth insists she didn’t seek out the troubled protagonist in Martha simply to establish herself as a different kind of Olsen; on the contrary, her decisions to date have “evolved organically,” and don’t reflect a calculated master plan.

Besides, Martha director Sean Durkin argues, it was Elizabeth’s stunning first audition that left him pursuing the young, up-and-coming star. “There’s a lot going on behind her eyes in the quieter moments,” he says. “There’s a turmoil brewing, and she was able to convey that with ease. With her, it’s all about a feeling.”

Martha Marcy May Marlene is now playing at the AMC Metreon and the Sundance Kabuki Cinemas. For tickets and showtimes, click here.