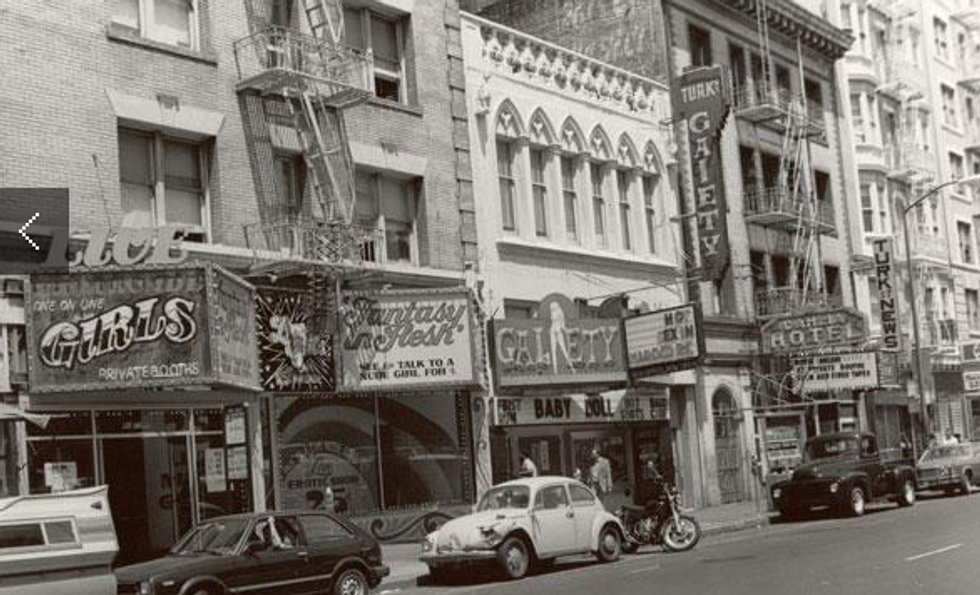 In a nod to our notorious past, filmmaker Michael Stabile has documented the history of the sex industry in SF in a forthcoming documentary called Smut Capital of America. On Thursday, YBCA will screen the flick, which includes interviews with the legendary John Waters (of course) and other sex revolutionists. The documentary will be followed by a discussion with Stabile himself. I imagine it's going to be one interesting Q&A.