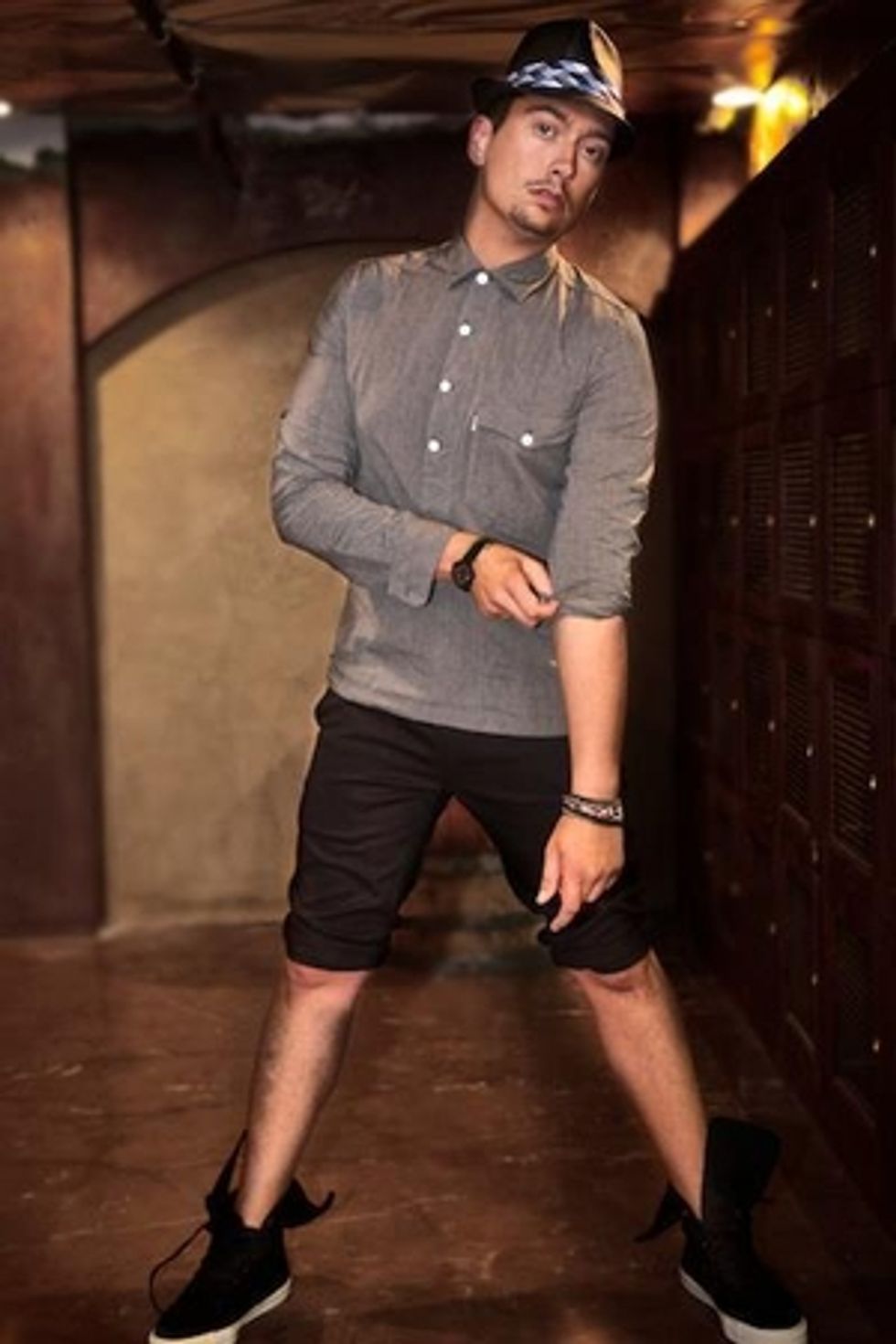 Last week, our friends Grant Marek (above), editor of Thrillist SF, and Elliot Tomaeno (below), director of communications at Enloop, received mini makeovers to preview the new "Geek-IS-Chic" lounge at this year's Styling the Modern Man (Thursday, 9/15).

Next Thursday, STMM atendees will be invited to watch as local tech hot-shots undergo similar transformations, and get decked out in the latest Levi's duds. Essentially, these "Geek-IS-Chic" makovers aim to update the t-shirt ruled, SF tech-fashion cult into geek-approved casual-chic. We're not saying you can't wear jeans to the office, boys, but it may be time to move those WWDC shirts to the "gym-only" pile.

Lily Ko (lily.7x7 @ gmail.com) studied fashion design and merchandising at Central Saint Martins and the Academy of Art University. In addition to writing for 7x7, Lily is an editor at SF Station, works as a freelance stylist and covers food, fashion and fun on her blog, Curated SF.