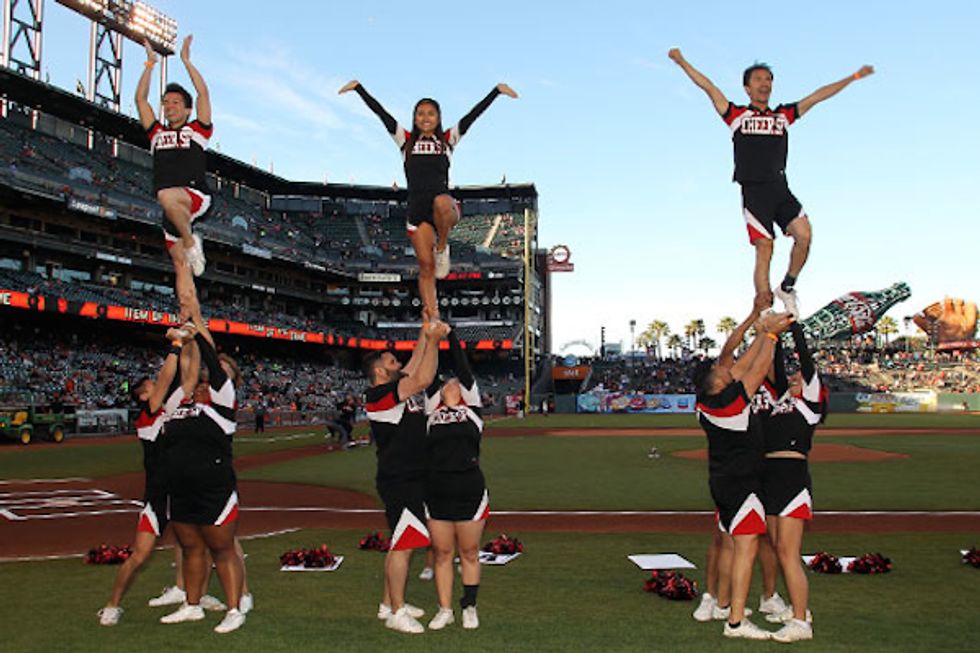 On Monday, baseball season kicked off with the Giants snatching a glorious 5-4 win against the D-Backs. What's more, the A's beat the Rangers 8-0. A nice kickoff to the 2015 season. And with that, you should check out the special events happening at AT&T Park and O.co Coliseum during the season. Here are jut a few of our favorites:

Be sure to arrive at the park early to celebrate on the field with a slew of carnaval-themed activities.

Members of the Grammy Award-winning band will be there. Will you? Your special event ticket package includes a ticket to the game (against the Angels), a 2014 World Champions Giants/Metallica beanie, and Metallica/Giants trading cards.

For the first time ever, AT&T Park will hold "gay night" on Pride Weekend. Perfect. Show up early for the LGBT night pre-game party in Seals Plaza from 5-7 pm.

Score a sweet collector's-edition "World Champion" Hello Kitty/Giants-themed Gnome while the Giants take on the Rockies.

Smoke a couple of spliffs outside the park, and then head on over to celebrate the 50th anniversary of one of the most legendary bands associated with the San Francisco music scene.

Watch fireworks blast over the coliseum as the A's take on the White Sox. Ka-BOOM.

Before hipsters and artisan food trash ruined the mustache, Rollie Fingers made it popular. Honored it the way it was meant to be during Mustache Socks night and get a free pair of socks! Nifty.

Eireann Dolan, girlfriend of A’s pitcher Sean Doolittle, was none too pleased when she heard that some ticket holders planned on selling their tickets so they would not have to attend the A's gay night. (She was raised by two moms!) So she sent out this tweet, made national headlines, and the rest is history.

San Francisco doesn't have ownership over George Lucas' most popular film franchise. Star Wars night at O.co is just as—if not more—popular than the one at AT&T Park. Get your Princess Leia buns ready.