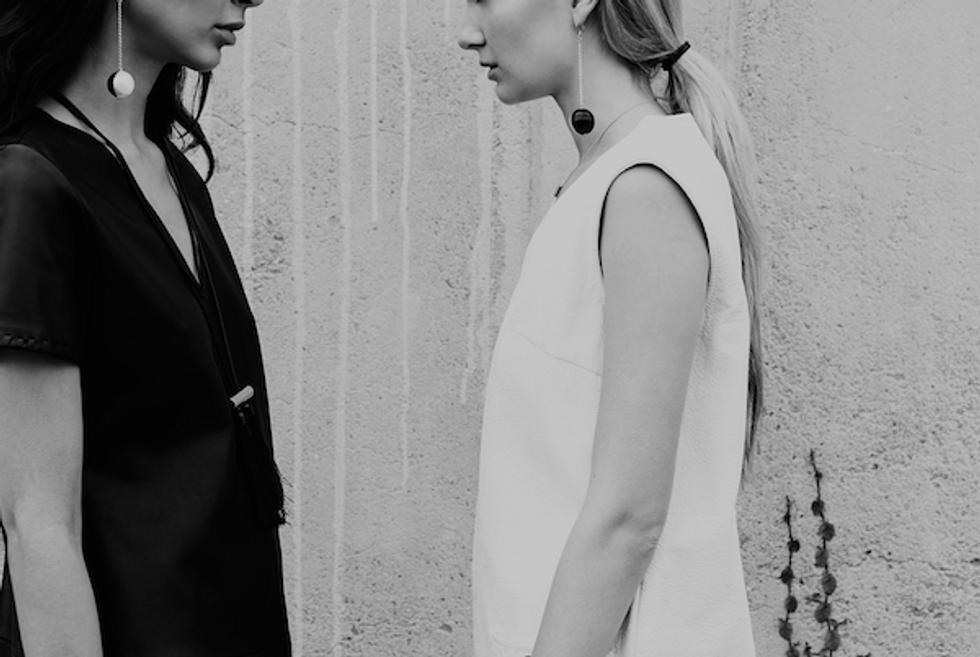 The new visual storytellers of the San Francisco fashion world draw their inspiration from sources as varied as dance, fine painting, film, and their collective international upbringings (from Germany to Turkey). Meet four local fashion photographers whose stars are on the rise.

Dreamlike explorations of human emotions, laced with metaphor, are the stuff of visual stories as told by Russian photographer Kristina Varaksina. The bicoastal photog (she's based in San Francisco and New York) applies the skills acquired from her varied background in painting and graphic design to tell the tales of everything from modern women to the psychology of twins.

“I like creating fashion images with high artistic quality—interesting sets, custom-made props, painterly colors and lighting," she says. "Very often, my images are narrative-based, so there's always a story or a message behind a shot.”

Formerly an advertising art director in Moscow, she is now a recognized full-time photographer with an International Photography Award for Beauty garnered in 2015. Her work is represented by SF's Themes + Projects by Modernbook, Cumberland Gallery in Nashville, and Lumas in New York.

Varaksina's clients include Ugg, L’Officiel China, and Autodesk, to name a few. She is currently shooting the new collection for SF brand IIMUAHII couture.  //  kristinavaraksina.com

When looking for a challenge while growing up in her native Hawaii, Bailey Harada Stone taught herself photography. She produced small shoots with friends, styling them in her clothing, and doing the hair, makeup, and location scouting herself. But it was in San Francisco, at the Academy of Art, that she really honed her style, which she describes as “a bit dark and surrealistic, with a polished finish.”

She points to British photographer Miles Aldridge as inspiration: “His work really embodies the level of production and creativity that I strive for. Everything you see is product of a vision, rather than documentation of something that already exists.”

Stone is currently working as a freelance photographer and retoucher for Sephora, but not for long: She plans to move to New York City soon—as they do.  //  baileyharadastonephotography.com

“I like to think what I do is just like an interactive play—I document faces, identities, souls, and reactions, and convert them into abstract visual form. I want to make the audience curious and involved. That's what excites me," says Istanbul native Enderoglu, who has a beautiful way of making an intimate bond with her subject and scenes.

She never felt comfortable sticking in a single genre, but believes her imagery all falls somewhere between hiding and revealing, whether she's working on freelance commercial projects for activewear brand Akrovita or local jeweler Celeste; or on collaborative projects with such artists and designers as Mehrzad Hemati or the Oakland rock band the Golden Hexegrams.

Enderoglu is also currently working on an independent magazine project with a graphic designer friend.  //  zenderoglu.com

"I think my style is very clean and sophisticated, but I was inspired by Pina Bausch, so my work is also packed with thematic metaphor," says Backhauss. "I love taking epic haute couture and working in an infinite white studio. But I also like taking timeless and clean fashions to locations like the Crucible in Oakland.”