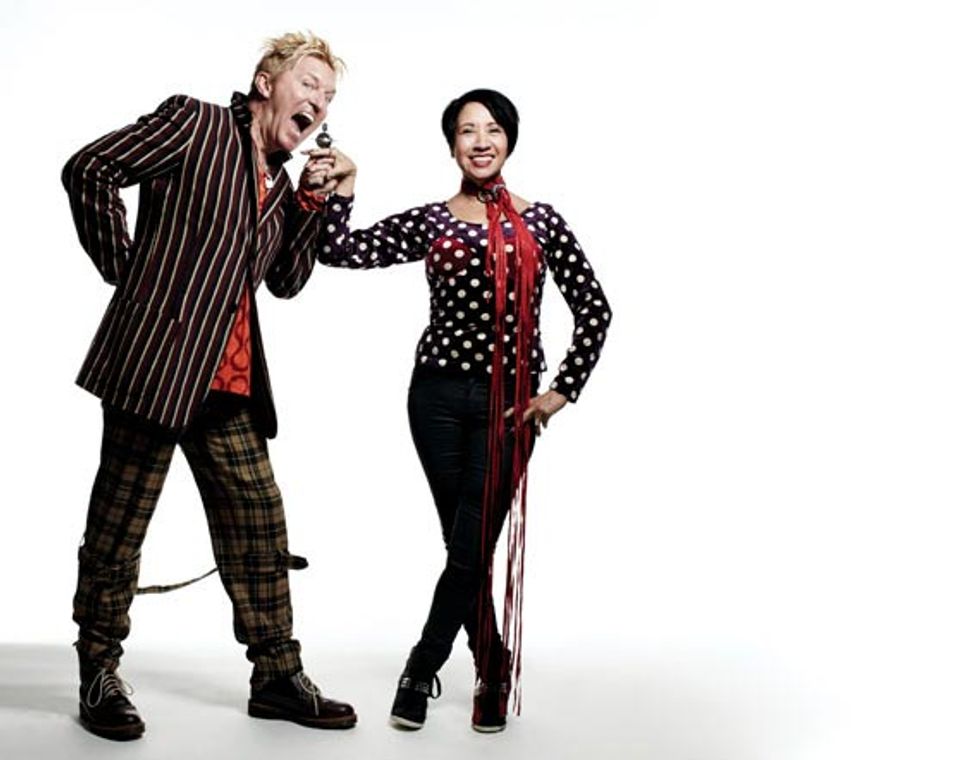 Meet this year’s cast of tastemakers who are setting the tone for fashion in San Francisco.

THE PUNK PISTOLS
A woman who masters wild patterns is a picture of style. But a married couple clad in matching and contrasting prints? Double the chic. So it is with Keanan Duffty and Nancy Garcia, a menswear designer (him) and TV producer (her) who made the leap from New York to SoMa this past fall. He’s a British-born punk rocker influenced by Vivienne Westwood and Johnny Rotten—in 2007, he collaborated with friend David Bowie on a line for Target. When Duffty isn’t fronting his band Slinky Vagabond, he’s working as the senior director of fashion merchandising at the Academy of Art University. Garcia counts Bravo’s The Fashion Show among her producer credits. And now, as fashion director of local nonprofit Codame, she is turning the Bay Area’s beloved technology into a wardrobe statement.

Childhood hero:
The Man Who Fell to Earth: the androgynous alien in the back of a limo, lost in America with orange hair, wearing a fedora and a suit.

Style evolution:
Ziggy Stardust kidnapped me. Johnny Rotten lent me his trousers. And Jean Paul Gaultier told me all of his best jokes.

NANCY
Treasured pieces:
Tiny gold rings my Colombian uncle made for me when I was an infant.

Indulgence:
I seem to have a problem walking past Kurt Geiger  on Stockton Street.

Favorite quote:
“I loathe narcissism, but I approve of vanity.”  — Diana Vreeland