The Asian Art Museum wants you to eat your art.

Lest you think it's all ancient pottery and calligraphy at the Civic Center institution dedicated to the art of Asian cultures, prepare to stand in awe and salivation at The Meat-Shaped Stone, a 200-year-old slab of jasper intricately carved to perfectly resemble a glistening hunk of pork belly. Oh yeah.

This beautifully rendered piece of meat is the main course (sorry, we can't help ourselves) of the Asian's upcoming exhibition to celebrate the museum's 50th anniversary: The Emperors' Treasures: Chinese Art From The National Palace Museum, Taipei will include nearly 150 pieces of delicate writings to the covetable pottery you might expect, all spanning over 800 years, eight Chinese emperor, and one empress.

But to no one's surprise, the Qing Dynasty's porky wonder is expected to be the biggest draw—when the stone toured Japan, it drew close to 6,000 visitors a day and led to a noticeable boom in pork belly consumption. The Meat-Shaped Stone, created by an Imperial City artist specifically for the emperor, truly looks exactly like dongpo rou, a stewed pork belly preparation apparently invented by the 11th Century Chinese poet and artist Su Dongpo. It seems San Franciscans aren't the only ones obsessed with food...and pork.

The Meat-Shaped Stone "underscores the significance of both food and art in Chinese culture," says Jay Xu, the museum's director. "We believe that food, just like art, is a beautiful way to share culture."

In this spirit, the Asian Art Museum has created a roster of pork-centric programming that will include events at the museum's Cafe Asia; special installations of Thursday evening parties; and, the best part, Meat-Shaped Stone homages at 13 San Francisco restaurants, including Timothy Lyum's forthcoming Buffalo Theory, the hotter-than-hot Mister Jiu's, and downtown powerhouses Pabu and Ramen Bar.

Chef Lyum, who first saw the stone in Taipei, admits to being struck by its size. "I was expecting an enormous piece of stone meat that could feed a village, but the actual art was scaled to size!" he says. It wasn't a disappointment, though. "This piece of art is truly keeping it real, realistically representing layers of fattiness from the pork, glistening from the
oils in the braising liquid, the natural veining, and the visible hair follicles on the skin."

In salute of the fleshy sculpture, Lyum is planning a beer-braised pork belly rice bowl with quail egg, shitake mushrooms, and lu rou fan (Chinese chives)—inspired by stone, of course, and also by humba, a Chinese-Filipino dish that his grandmother used to make.

Meanwhile, Pabu and Ramen Bar executive chef Paul Piscopo, has some meaty surprises too: Pabu will be offering grilled, robata-style pork belly seasoned with lemon and sansho pepper; and Ramen Bar is taking it to an even more decadent
level with a deep-fried, pork belly kushikatsu. "We're excited to be a part of all of the excitement around the pork belly stone," says Piscopo.

If pork isn't your thing you've probably already stopped reading this article. But just in case, the exhibit has other lovely non-edible works on view and there are politics and intrigue too: Many of the pieces from the National Palace Museum's collection were spirited away from the Forbidden City to Taiwan by Chiang Kai-shek and his troops in the late 1940s, and all the works in the exhibit reflect the emperors who commissioned (or even created) them.

// The Emperors' Treasures, June 17 through Sept. 18 at the Asian Art Museum (Civic Center), asianart.org. Exhibition-inspired dishes will be available from June 17-July 17, 2016. Learn more about the the associated culinary programming (both at the museum and beyond) here. 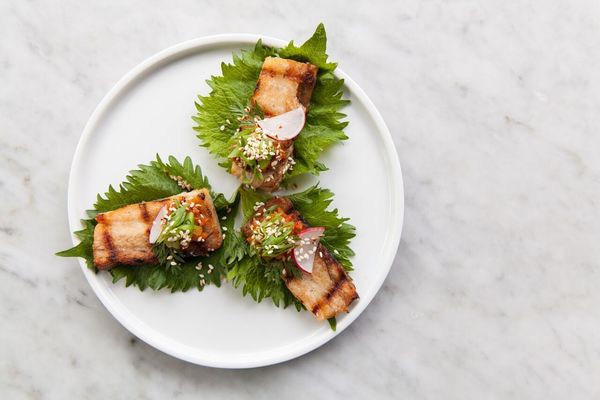 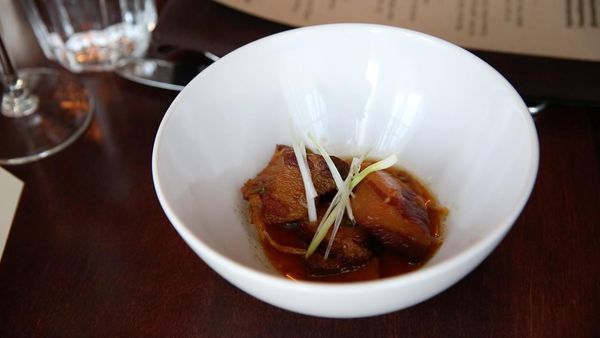 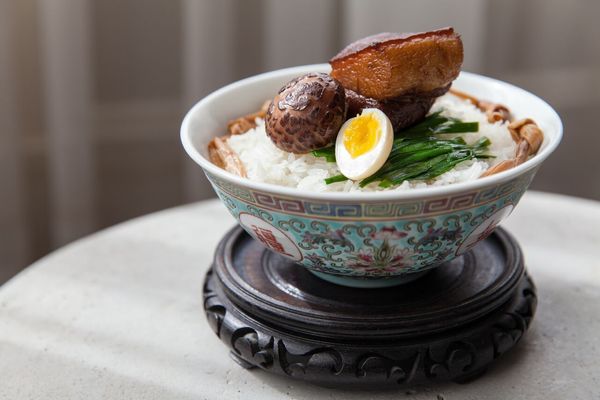 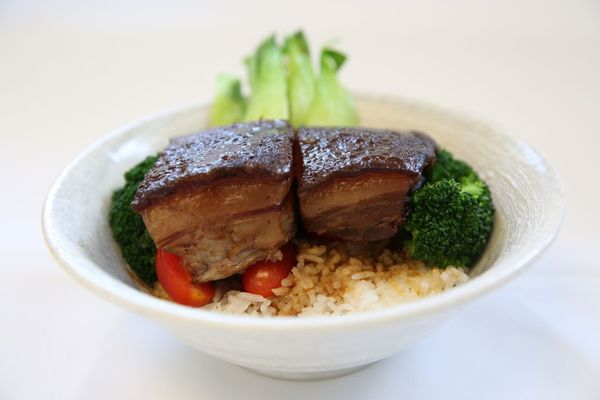 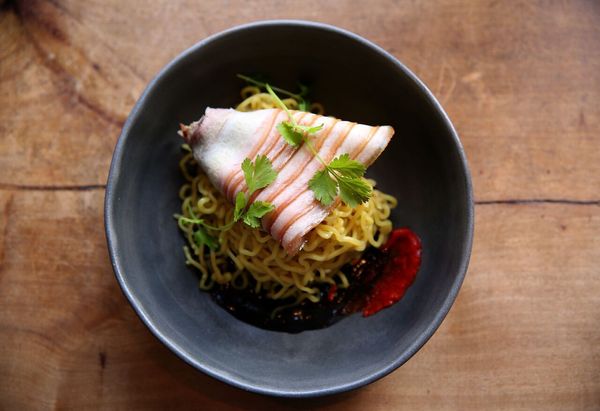 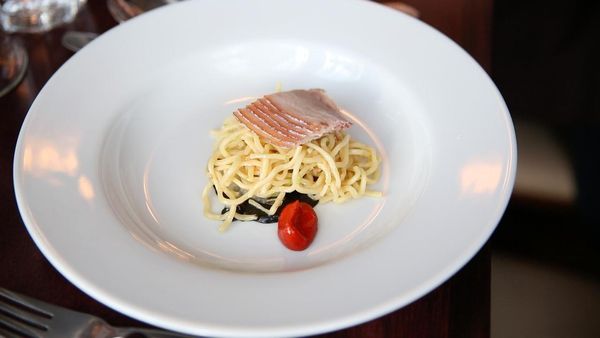 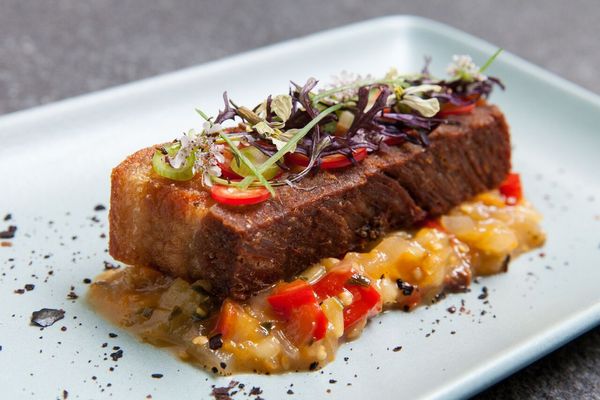 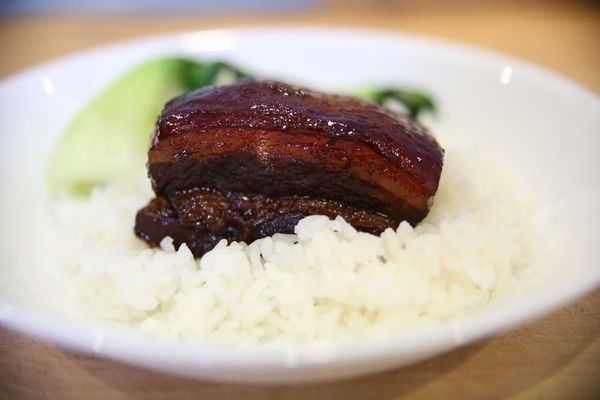 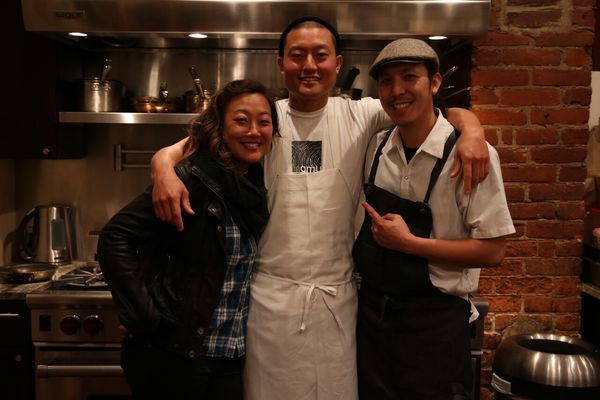 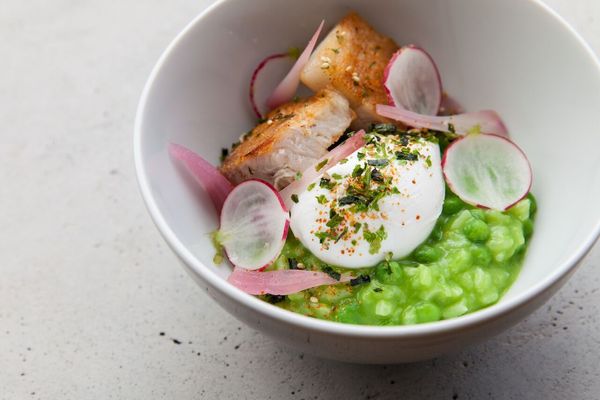 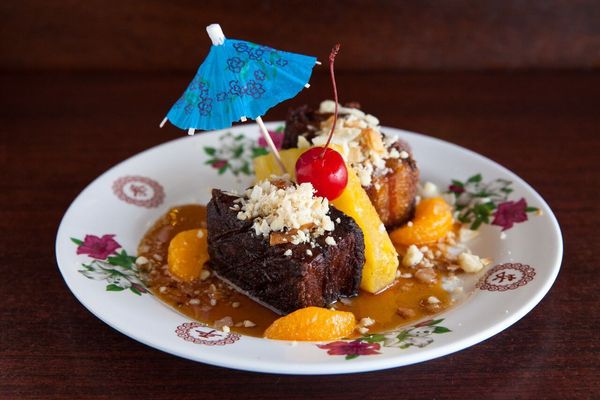 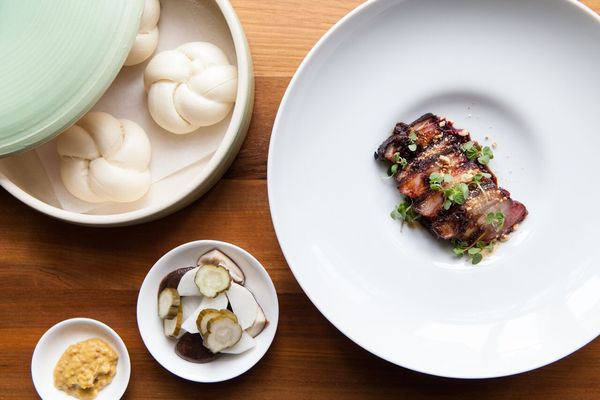 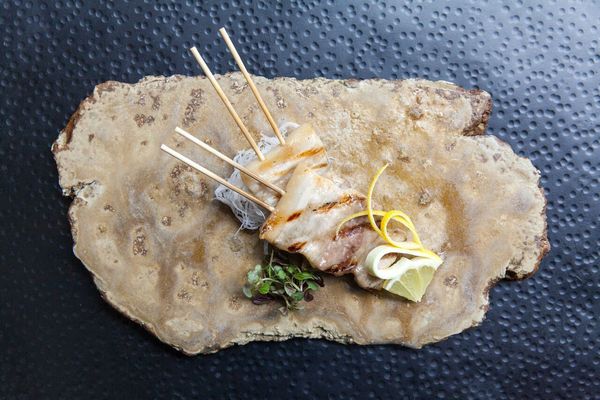 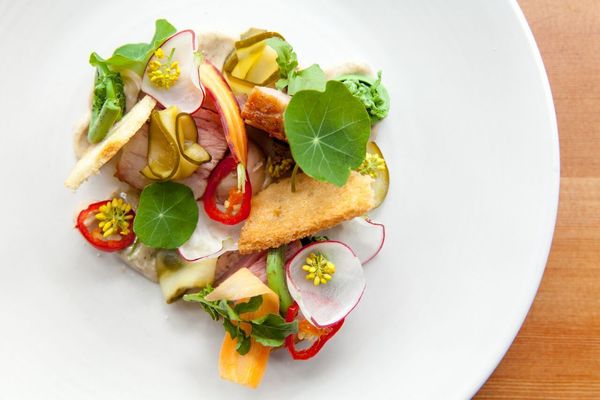 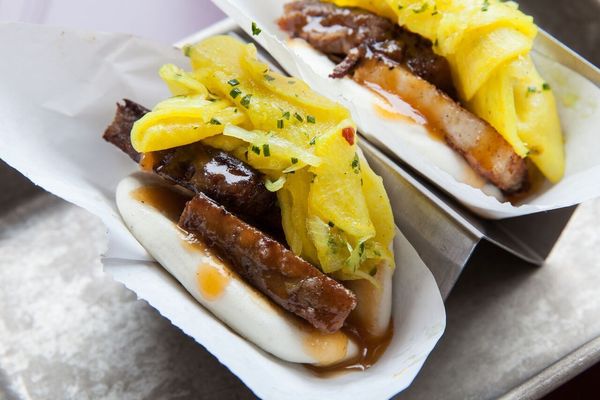 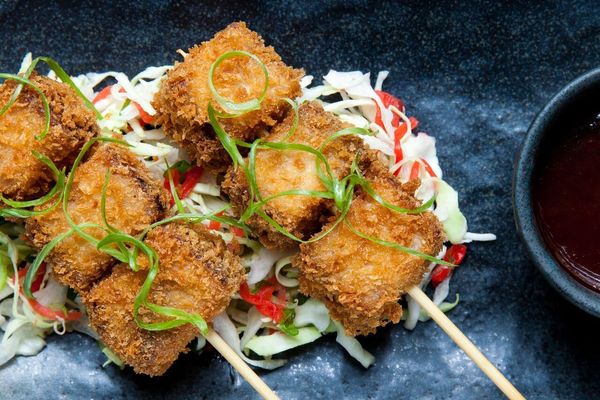 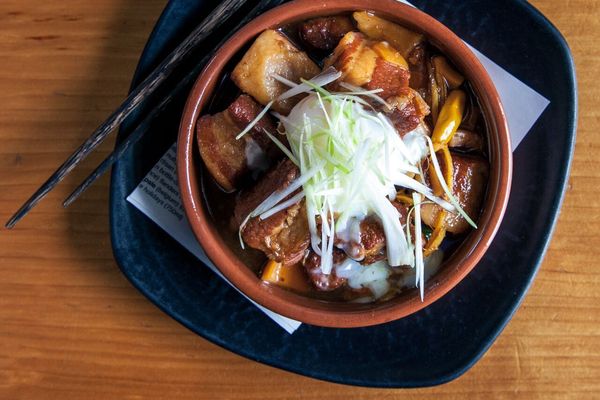 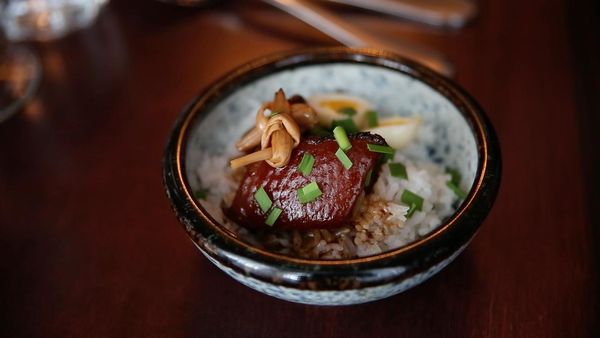