San Francisco has always fancied a drink or three.

These days, craft cocktail bars are all the rage, and many of the most popular establishments are reaching back in time for inspiration. See what and where SF was sippin' between 1910 and 1950. 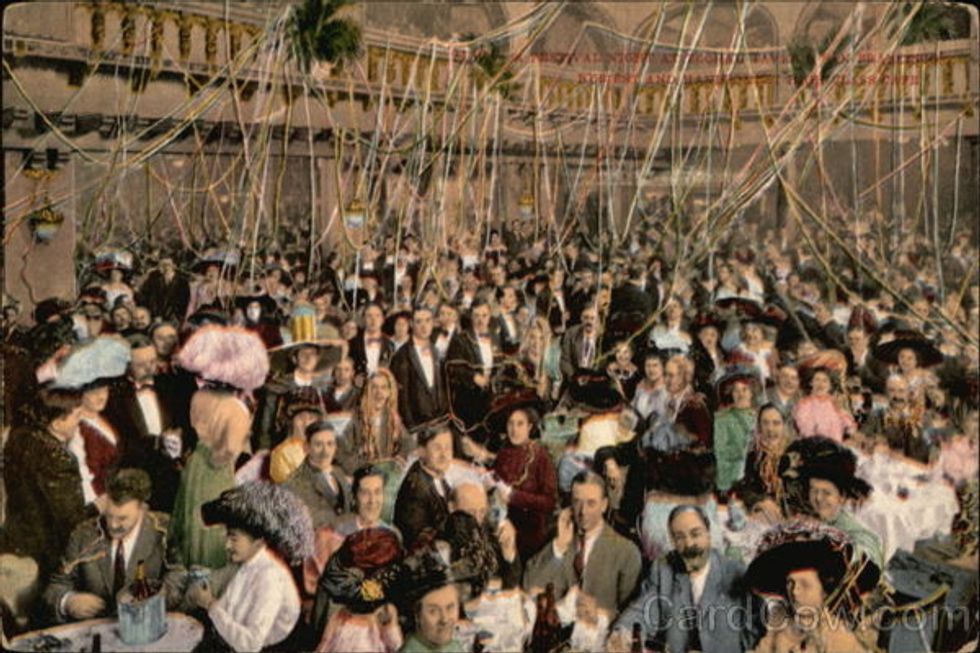 Postmarked June 18, 1913, this postcard portrays the scene at Techau Tavern, which opened in 1899 and was busted in the early 1920s for selling liquor during Prohibition. In 1912, you could enjoy a Bronx Cocktail or a Gibson, among other choices. (via Card Cow) 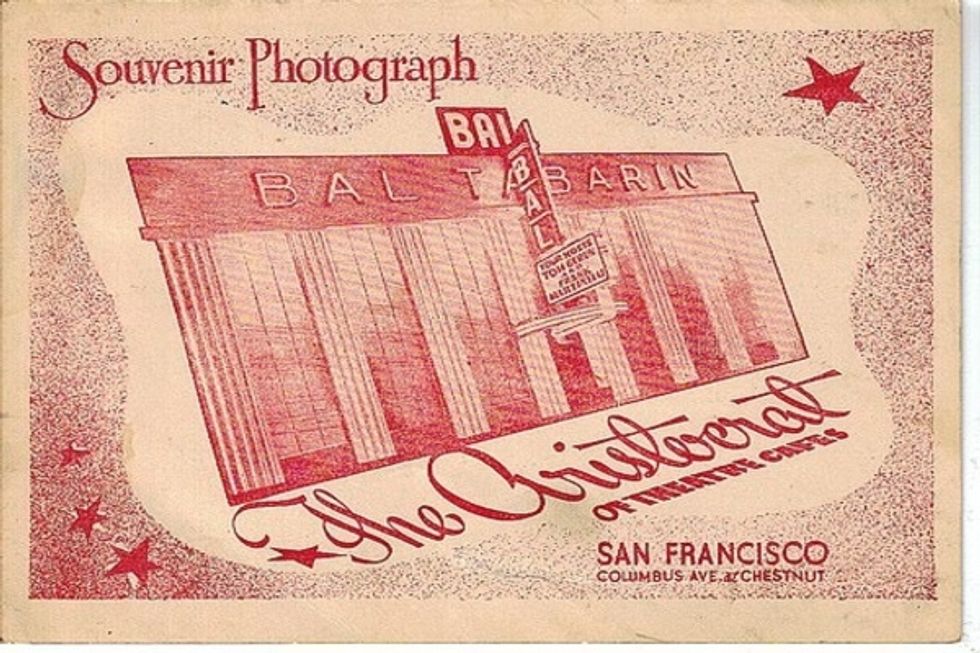 In 1933, the Bal Tabarin nightclub was the first establishment in California to receive a liquor license after the end of Prohibition. This 1943 souvenir photo is from a time when the venue served cocktails such as the Mary Pickford, the Pink Lady, and the Clover Club. (via A Modernist) 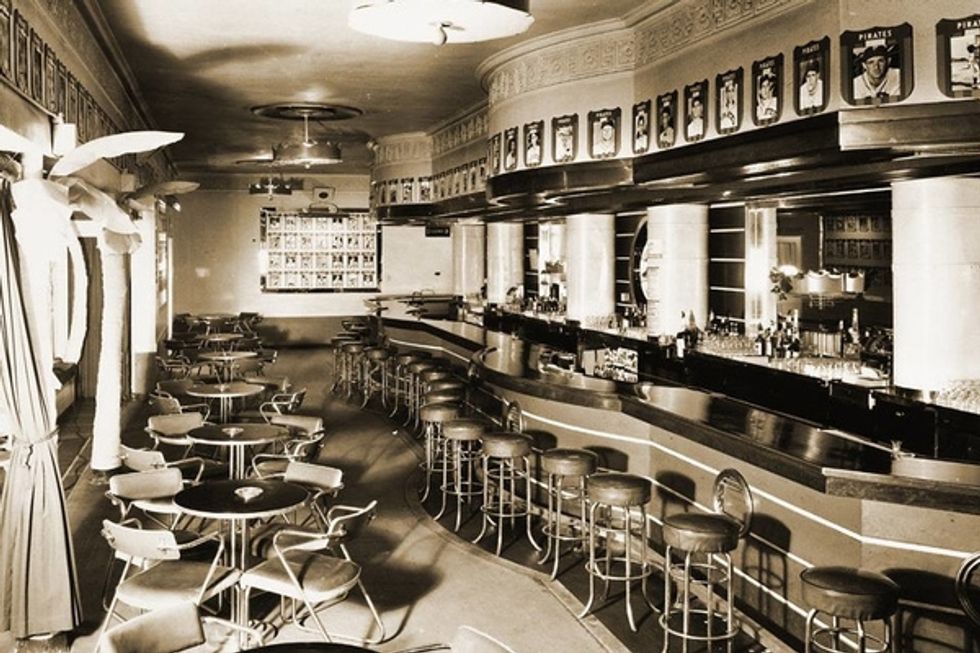 Joe DiMaggio's cocktail lounge, pictured here in 1937, was located in Fisherman's Wharf. The popular drink of the 1940s, the daiquiri, was already on the cocktail menu here in 1939. (via Pinterest) 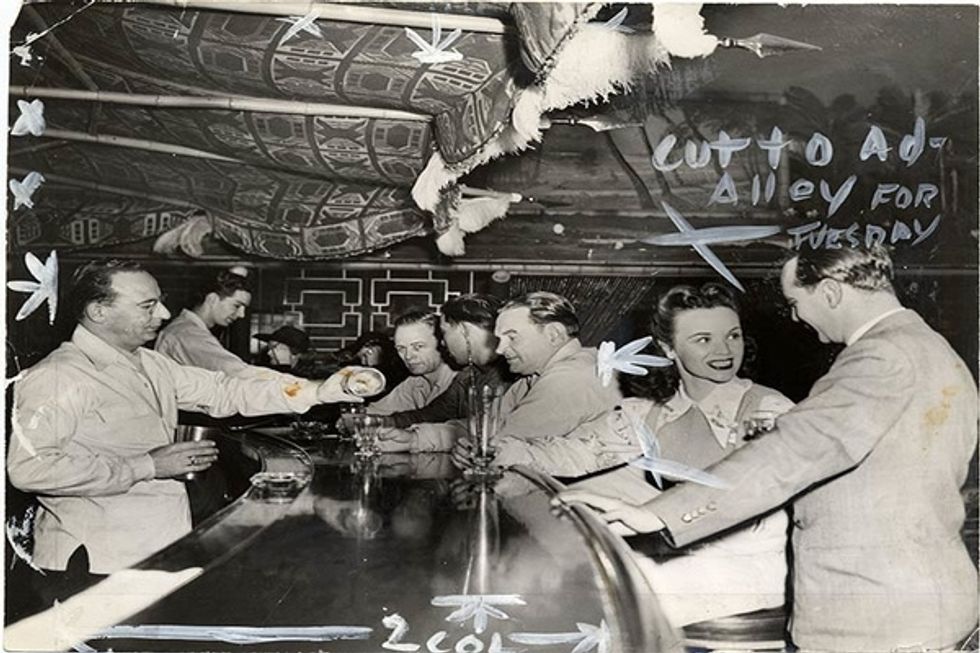 The Zanzibar Cocktail Lounge was open in the 1940s, before the tiki bar trend took over in the 1950s and '60s. This 1942 photo shows Zanzibar mixologist and co-owner Mickey le Torrie creating his tropical cocktails, which included the Mainland Zombie and the Banana Cow. (via Western Neighborhoods Project) 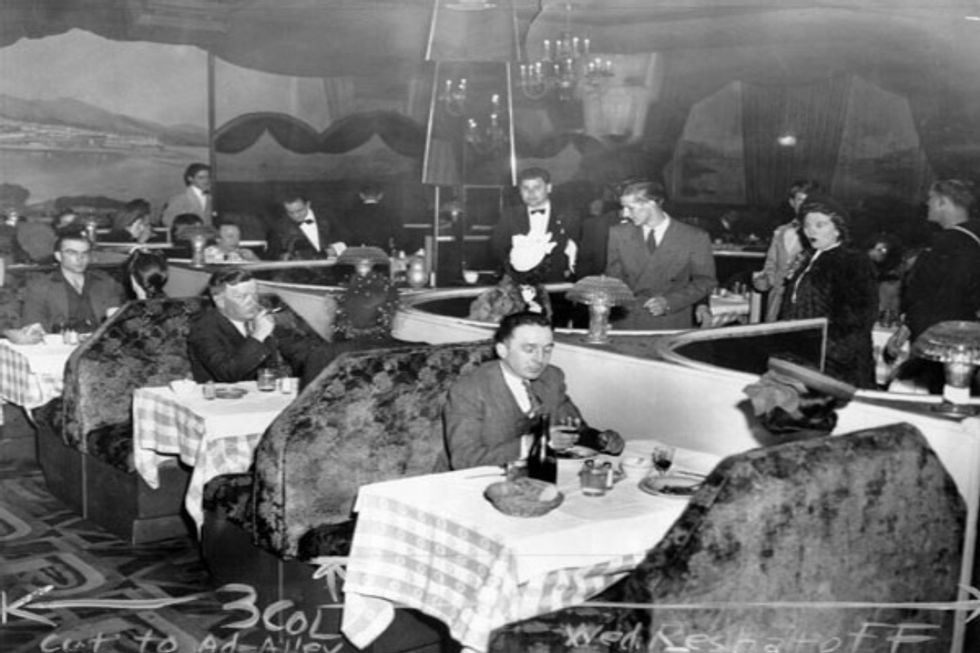 At the Riviera (pictured in 1943), you could sip on classic drinks such as a Manhattan, martini, or old fashioned, or try a Red Flame. (via San Francisco Public Library/Flickr) 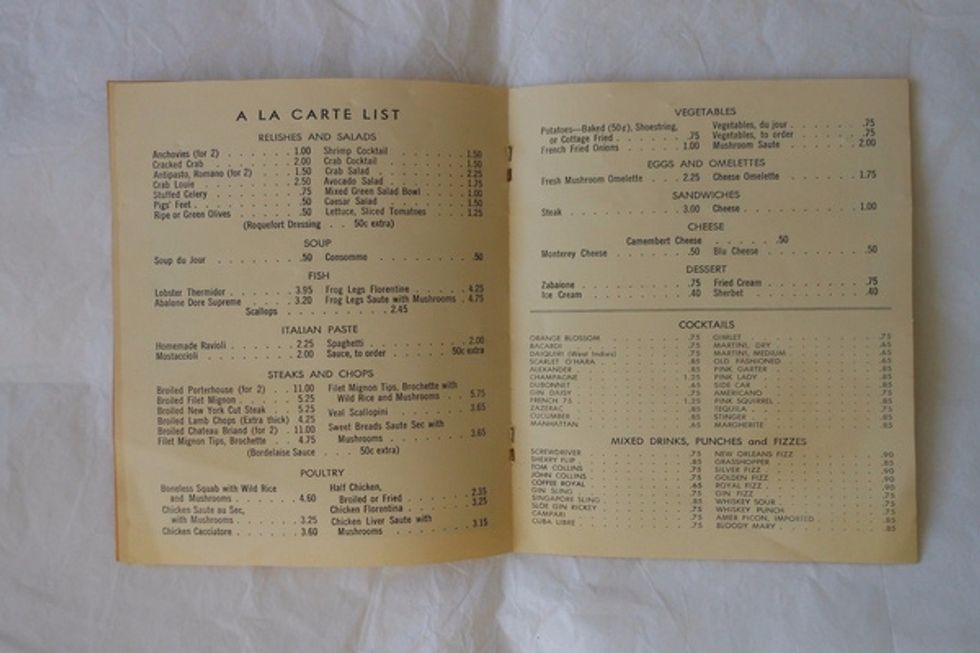 This 1960 postcard from Alfred's shows an impressive list of cocktails, mixed drinks, punches, and fizzes. Popular drinks of the '60s served here include the Bloody Mary, the Tom Collins, and the Pink Squirrel. (via eBay) A photo of the newly revamped Alfred's today. (via Alfred's)