NBA playoff fever has begun. Here we give a nod to our own Golden State Warriors with a stroll down memory lane—iconic moments, players, and memorabilia from the 1940s to now. 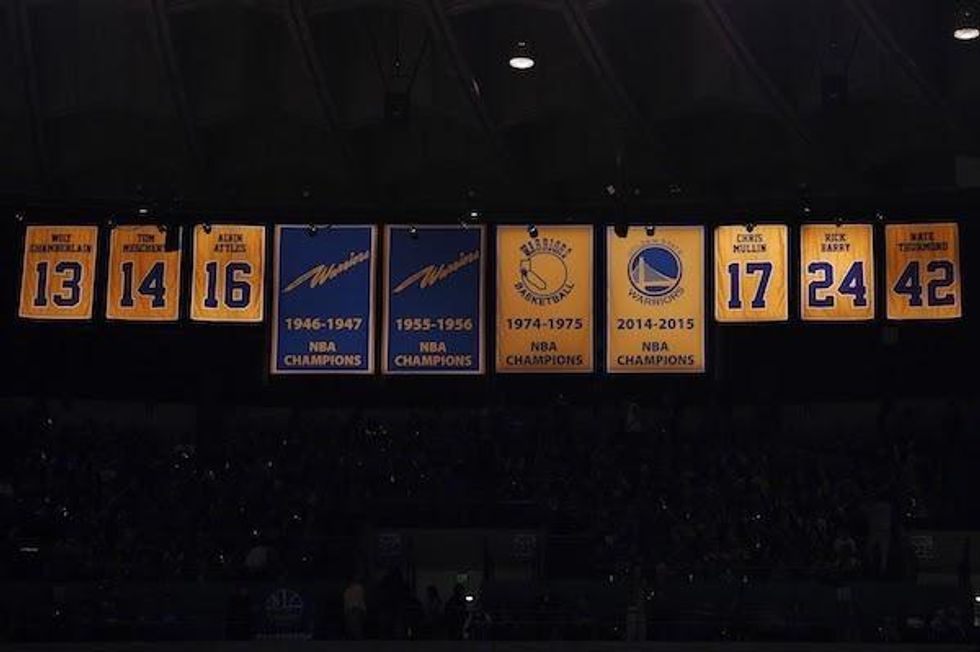 A view of the Golden State Warriors championship banners before the game against the New Orleans Pelicans at Oracle Arena, Oct 27, 2015. (Kyle Terada-USA TODAY Sports via Warriors World) 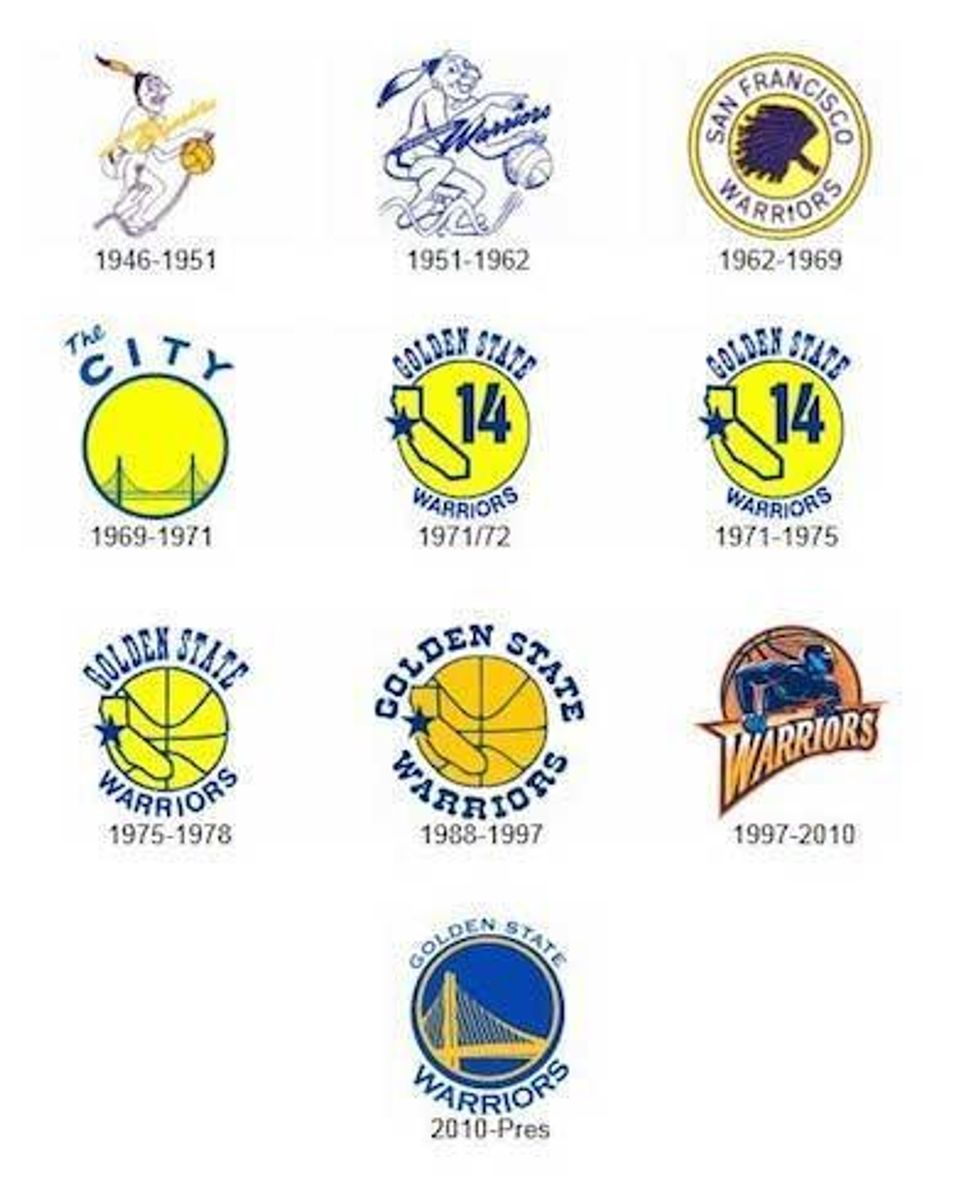 Though we now know them as the Golden State Warriors, our winning team's franchise got its start in Philadelphia in 1946. In 1962, the team moved to San Francisco, becoming the San Francisco Warriors. It wasn't until 1971 that the team became the Golden State Warriors. In 71 years, the team's logo has undergone 10 different iterations. (via Logofreebrands) 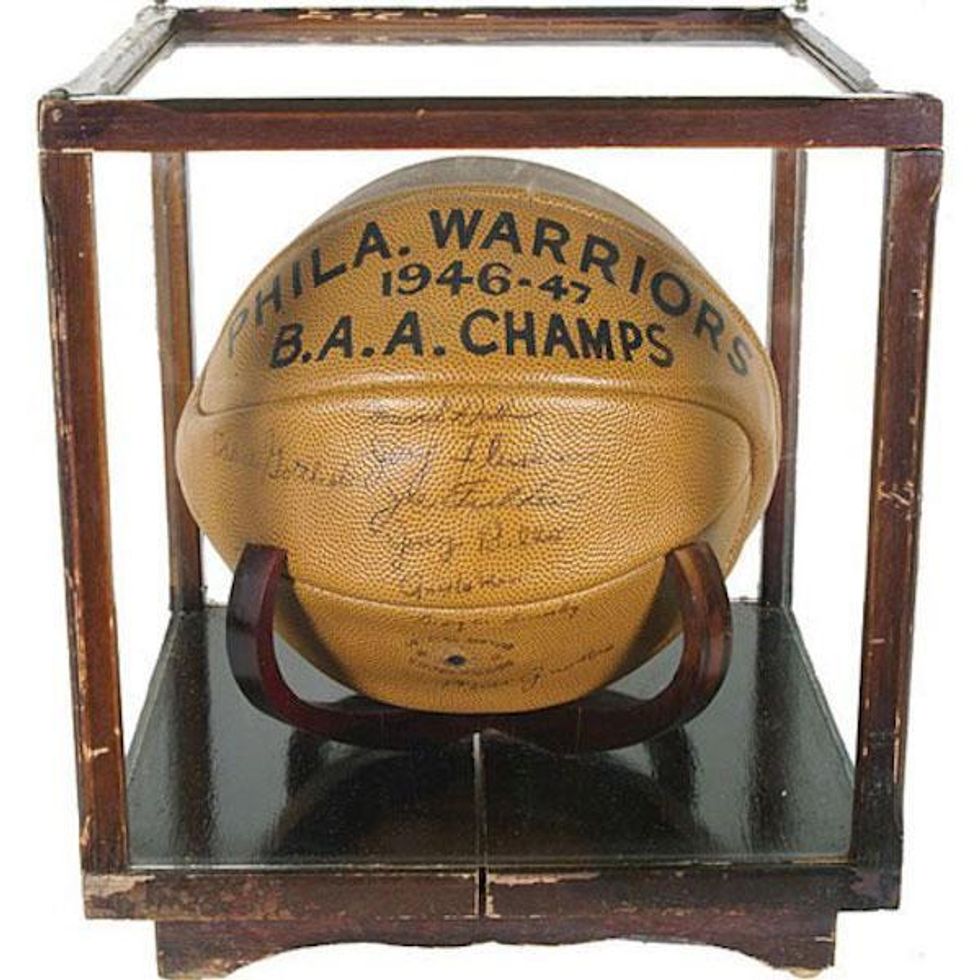 This basketball, sold for a whopping $21,330, is from the 1946-1947 season. It was the Warrior's first season, and right out of the gate, they won the BAA (Basketball Association of America) Championship. The ball was signed by coach Eddie Gottlieb, as well as players Joe Fulks, Harry Dallmar, Jerry Fleishman, Jerry Rullo, Angelo Musa, George Senesky, and Matt Guokas. (via Robert Edward Auctions) 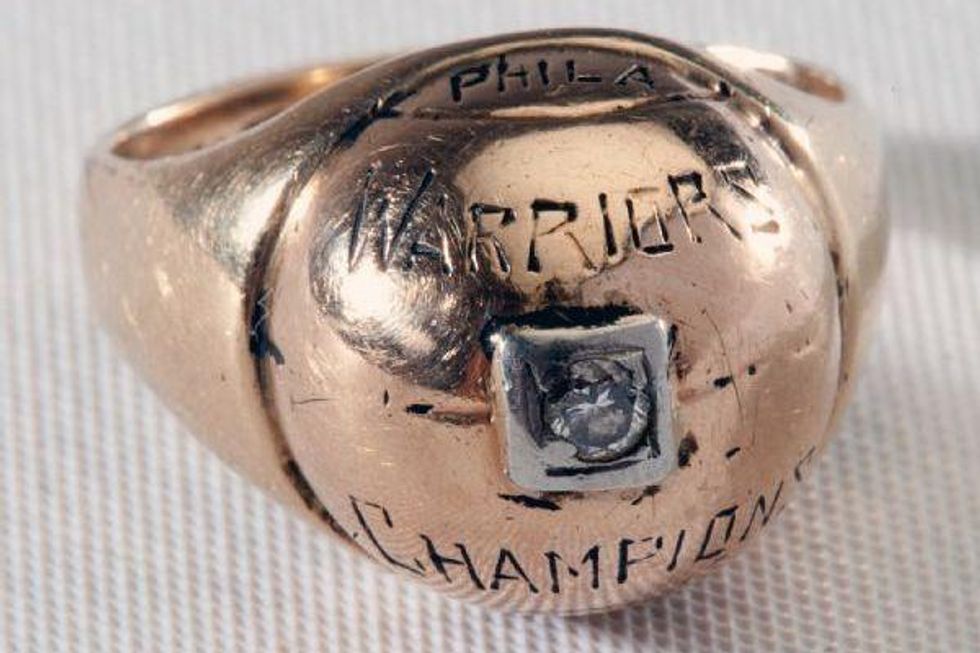 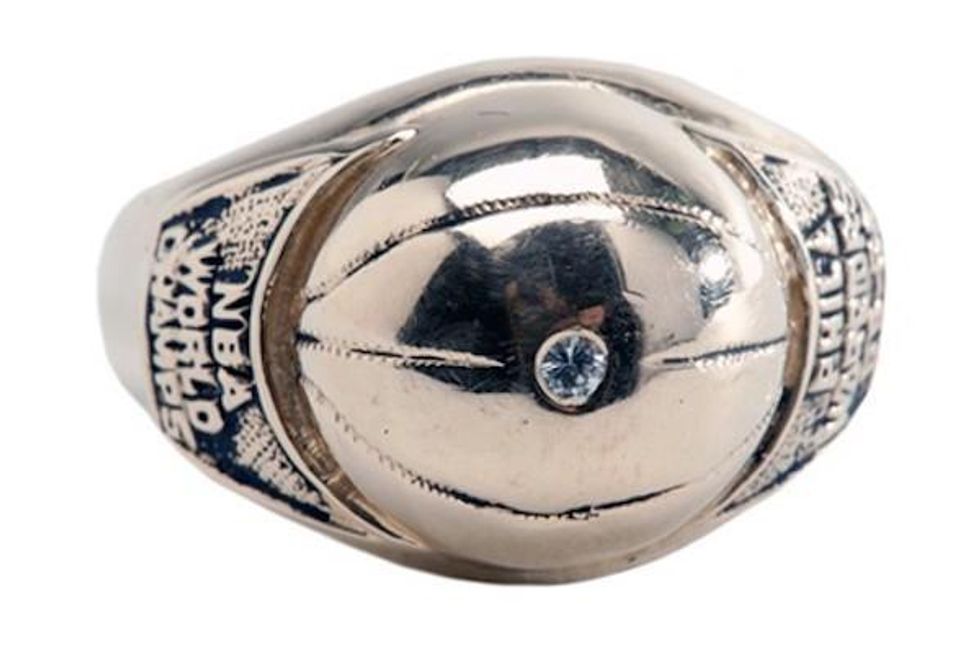 And the 1956 championship ring. (via NBA Hoops Online) 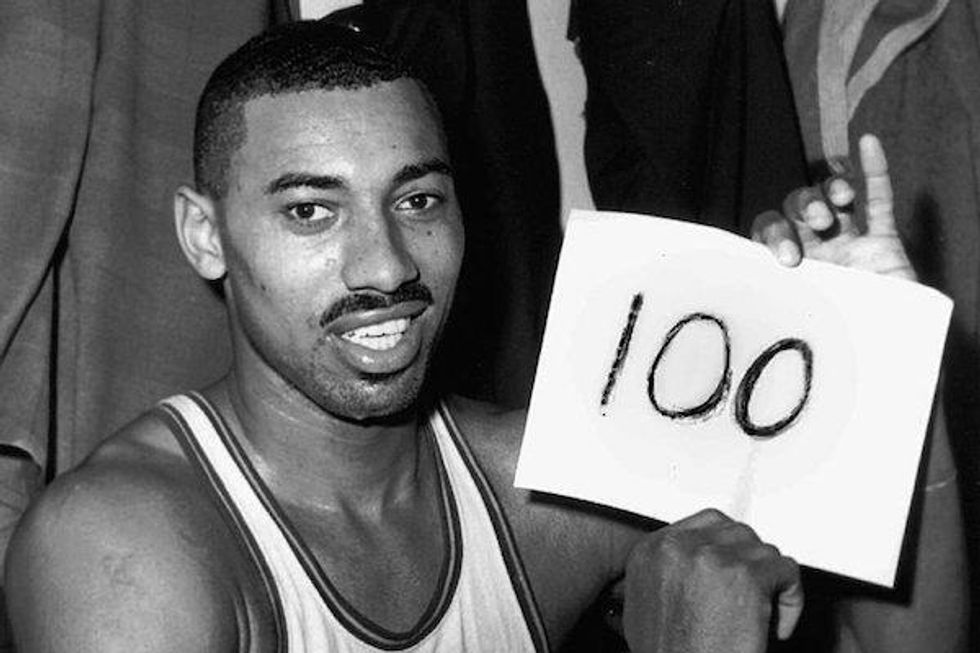 Wilt Chamberlain is well remembered for scoring a lot. But he was also great at basketball: On March 2, 1962, while playing for the Philadelphia Warriors, he scored a still unmatched 100 points in a single game. Chamberlain was on the team when it moved to San Francisco. (via NBA on ESPN) 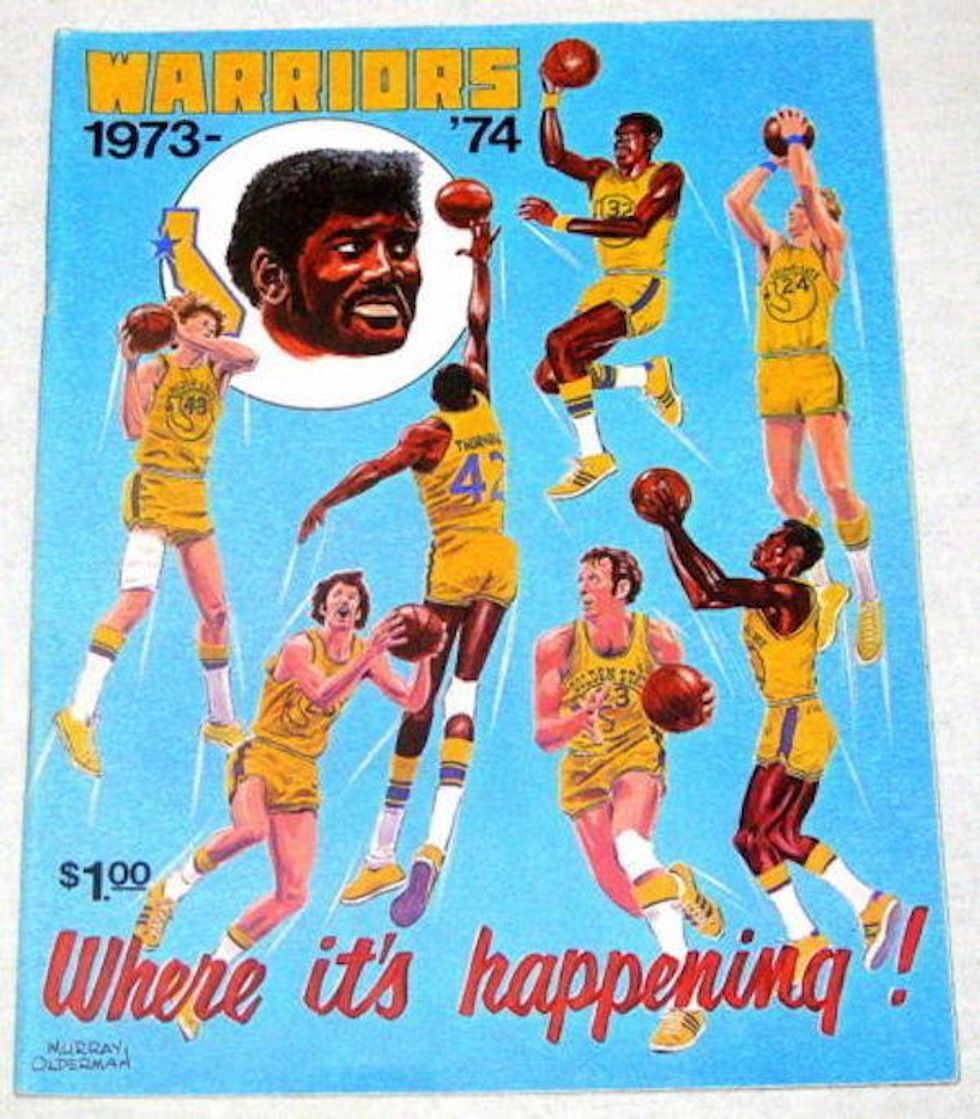 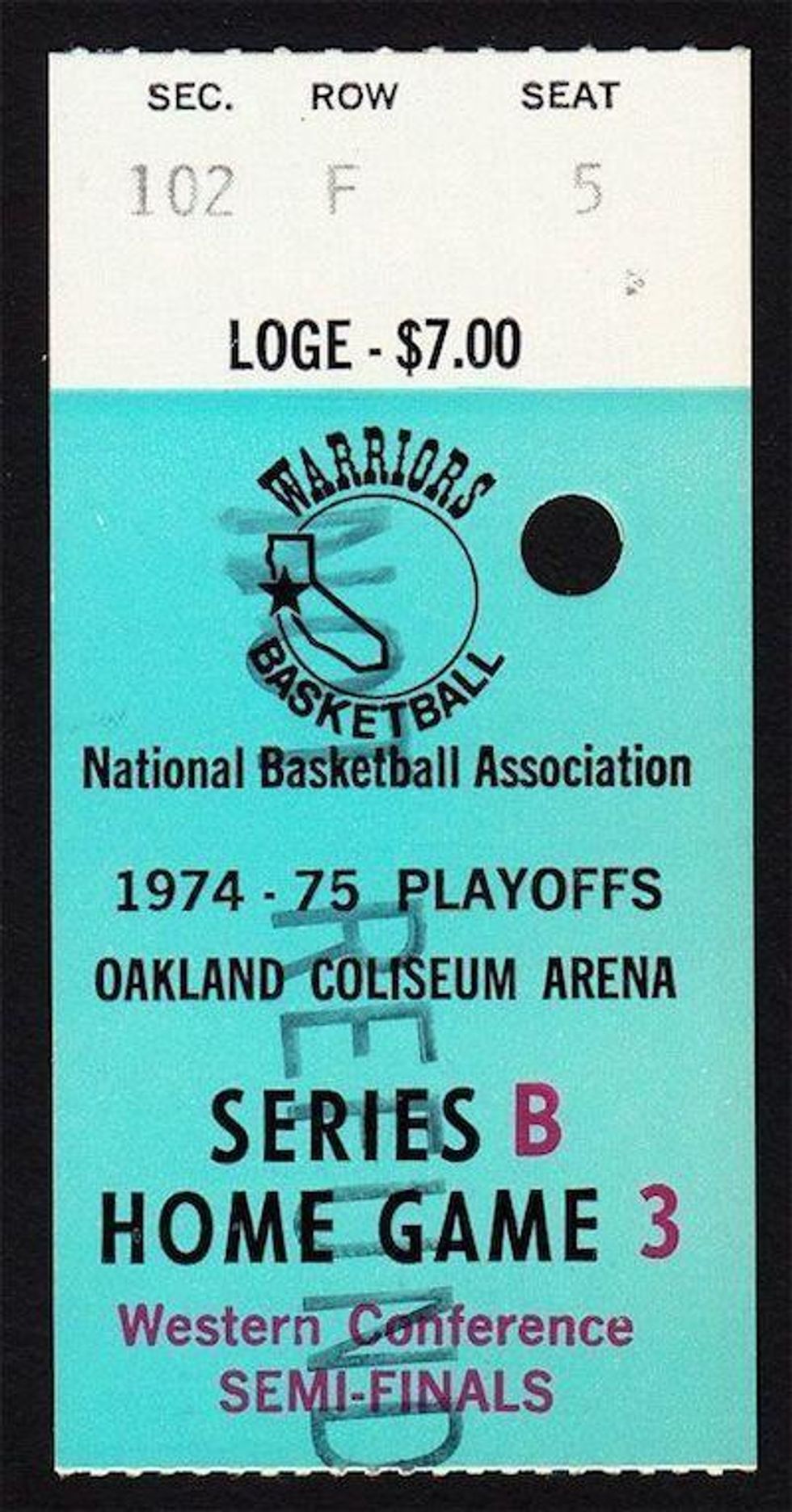 A ticket to the 1974-1975 Western Conference Semi-Finals. The Warriors went on to win their third championship this season. (via eBay) 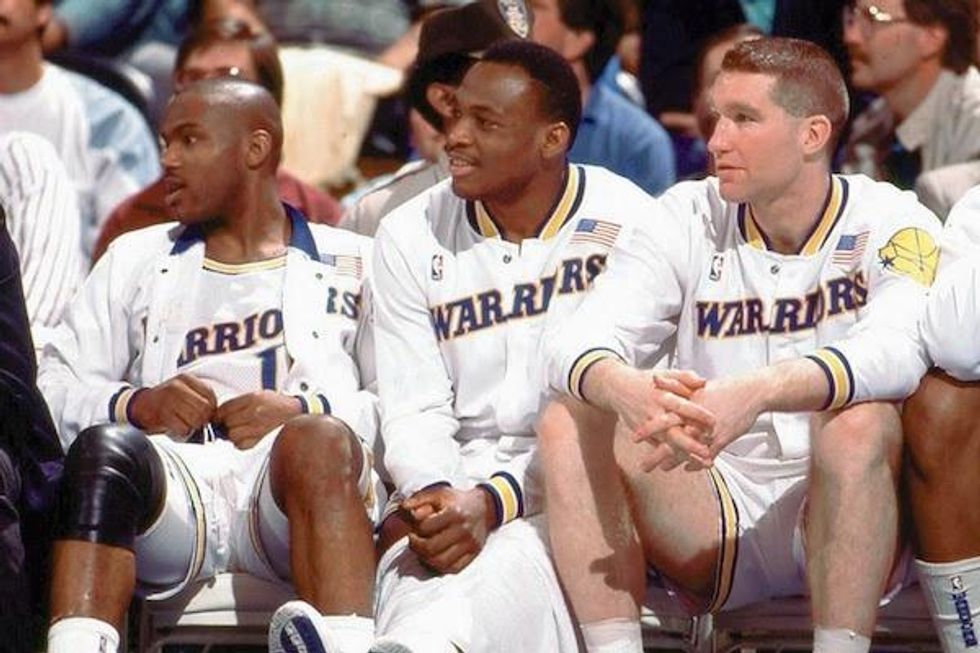 Before there was Curry, Thompson and Green, there was "Run TMC": Tim Hardaway, Mitch Redmond, and Chris Mullin. The three were the NBA's highest scoring trio in the 1990-1991 season. (NBAE/Getty Images) 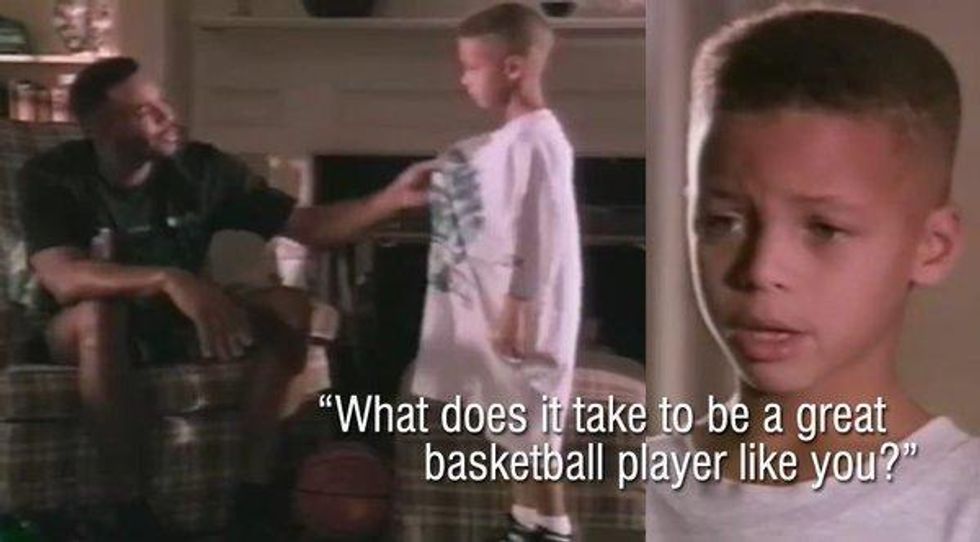 In this adorable 1990s Burger King commercial, an even more baby-faced Steph Curry asks his dad, now-retired NBA player Dell Curry (1986-2002), what it takes to be a great basketball player. Obviously, Steph was taking notes. (via BALLISLIFE)