#TBT: Take a Photographic Trip Back Through the Summer of Love

It was the summer of 1967. One hundred thousand free spirits convened in San Francisco's Haight-Ashbury to commune around their common pursuit of peace, love, and happiness. The soundtrack: psychedelic rock provided by local bands—you know, The Jimi Hendrix Experience, Janis Joplin's Big Brother and the Holding Company, The Grateful Dead, Jefferson Airplane. This was SF hippie culture, and the time period remains the single most iconic moment in SF history. In celebration of the 50th anniversary of the Summer of Love, 7x7 takes a strange trip back to that unforgettable year. 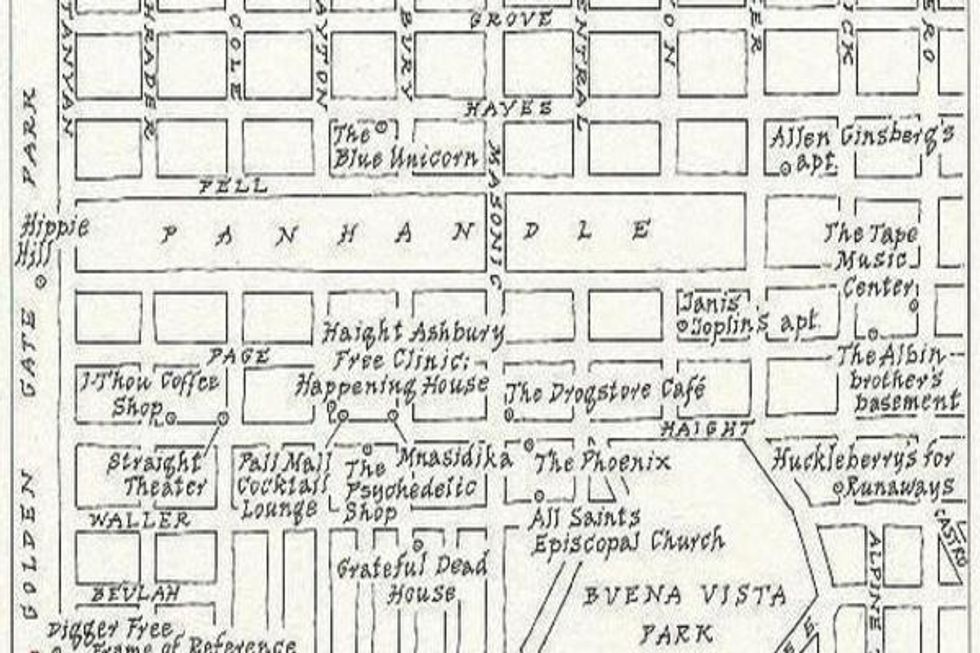 This map of Haight-Ashbury shows the area was a hodgepodge of head shops, boutiques, places of worship, coffee shops, and Victorians housing some of the largest bands in music history. (via The Prabhupada Connection) 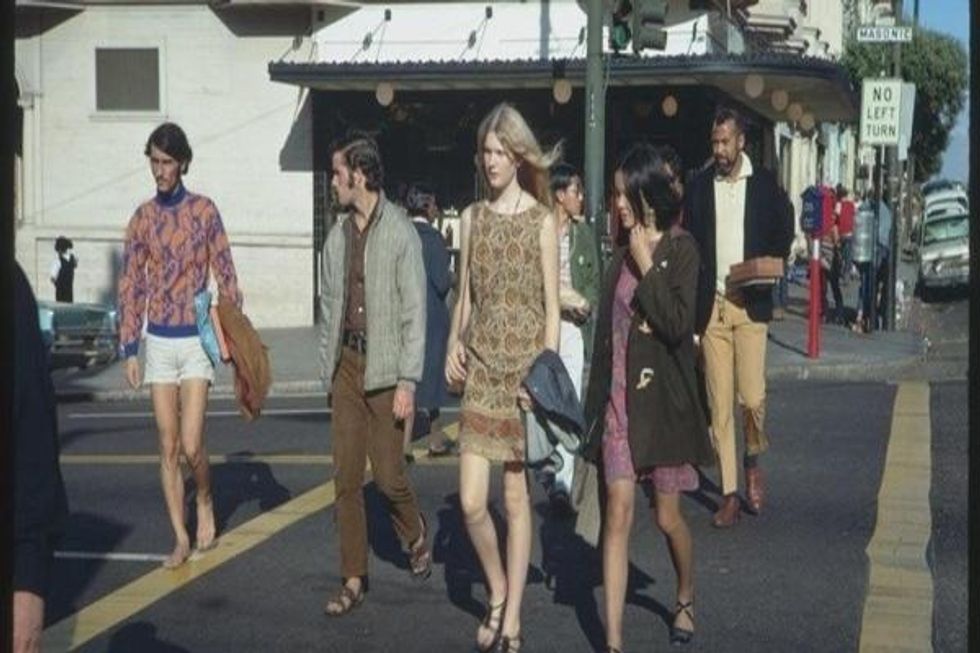 While some decided to go full-on hippie, walking barefoot and wearing flowy, printed garb, some chose to only dabble in the style, or reject it entirely. Haight and Masonic, 1967 (via Charles W. Cushman Photography Collection/Indiana University Archives) 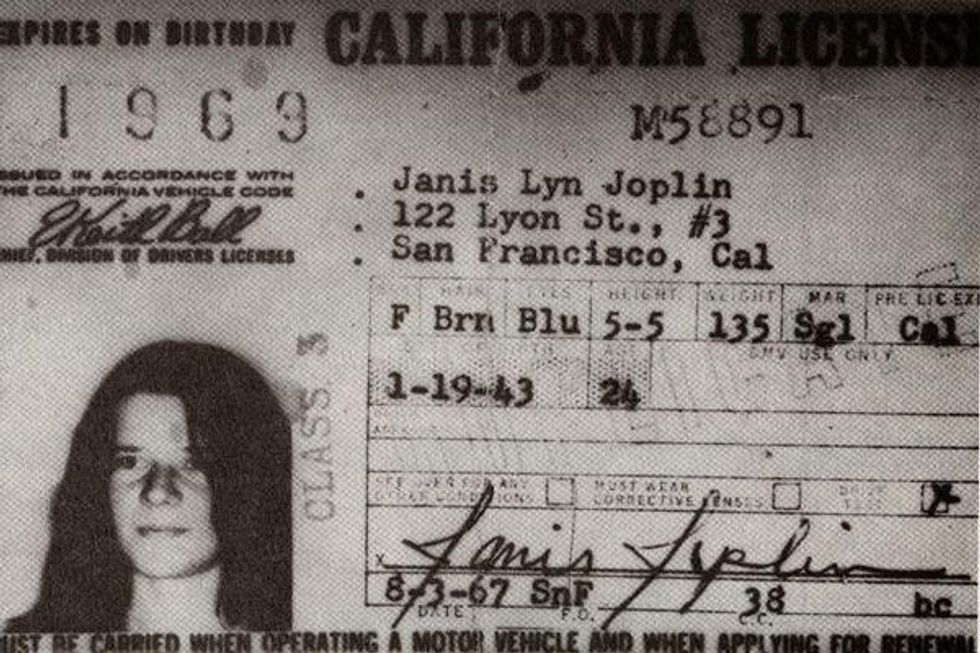 One of the most famous people to ever live in The Haight during the Summer of Love is Janis Joplin. Here is her California drivers license, showing her address as 122 Lyon St, apartment 3. (via Vintage Everyday) 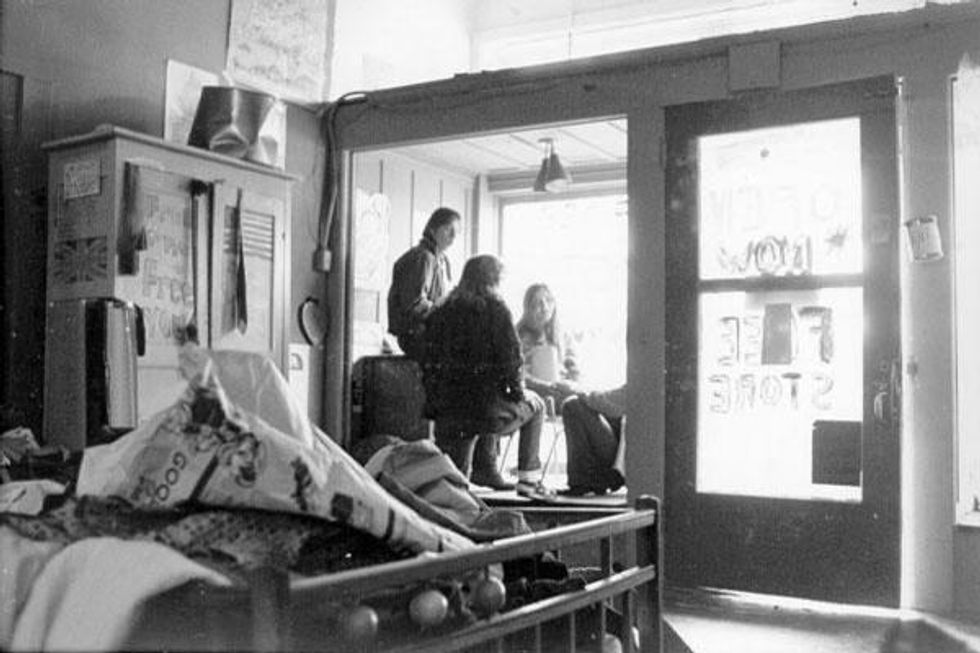 Hippies believed (and still do) that the best things in life are free. The Digger's, a community-action group that promoted the idea of a free society sans buying and selling, made this a reality with their Free Store at 1090 Cole at Frederick Street. There people could donate and pick up anything in the store without paying a cent. (via The Diggers Archives) 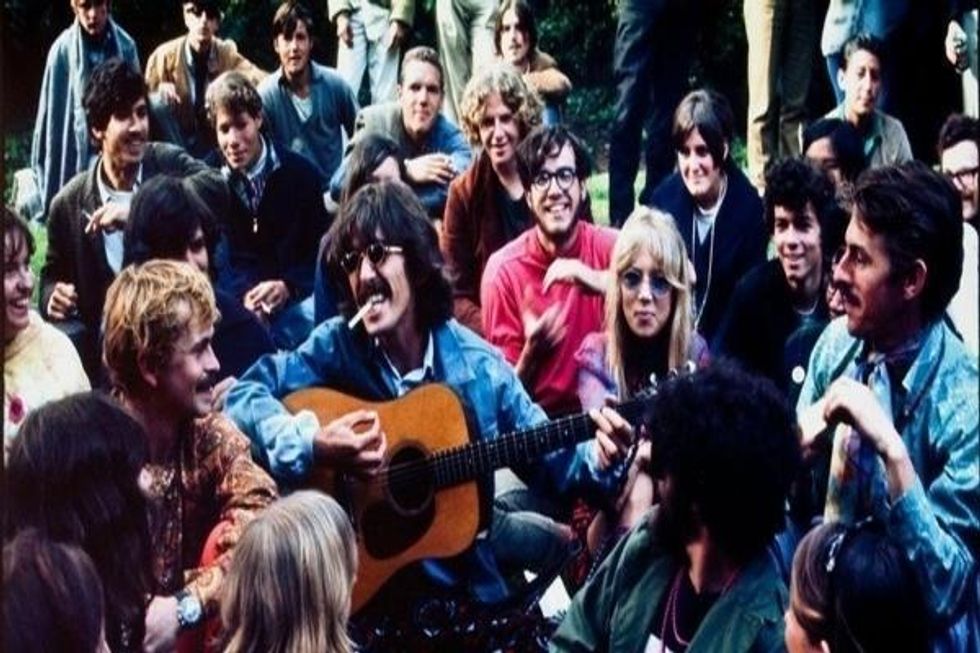 On August 7, 1967, George Harrison and wife Pattie Boyd visited The Haight. They were surprised to find it less idyllic, and more gritty than they envisioned, according to Boyd, but Harrison nonetheless took a moment to teach a few chords to the crowd. (via Awestruck Wanderer) 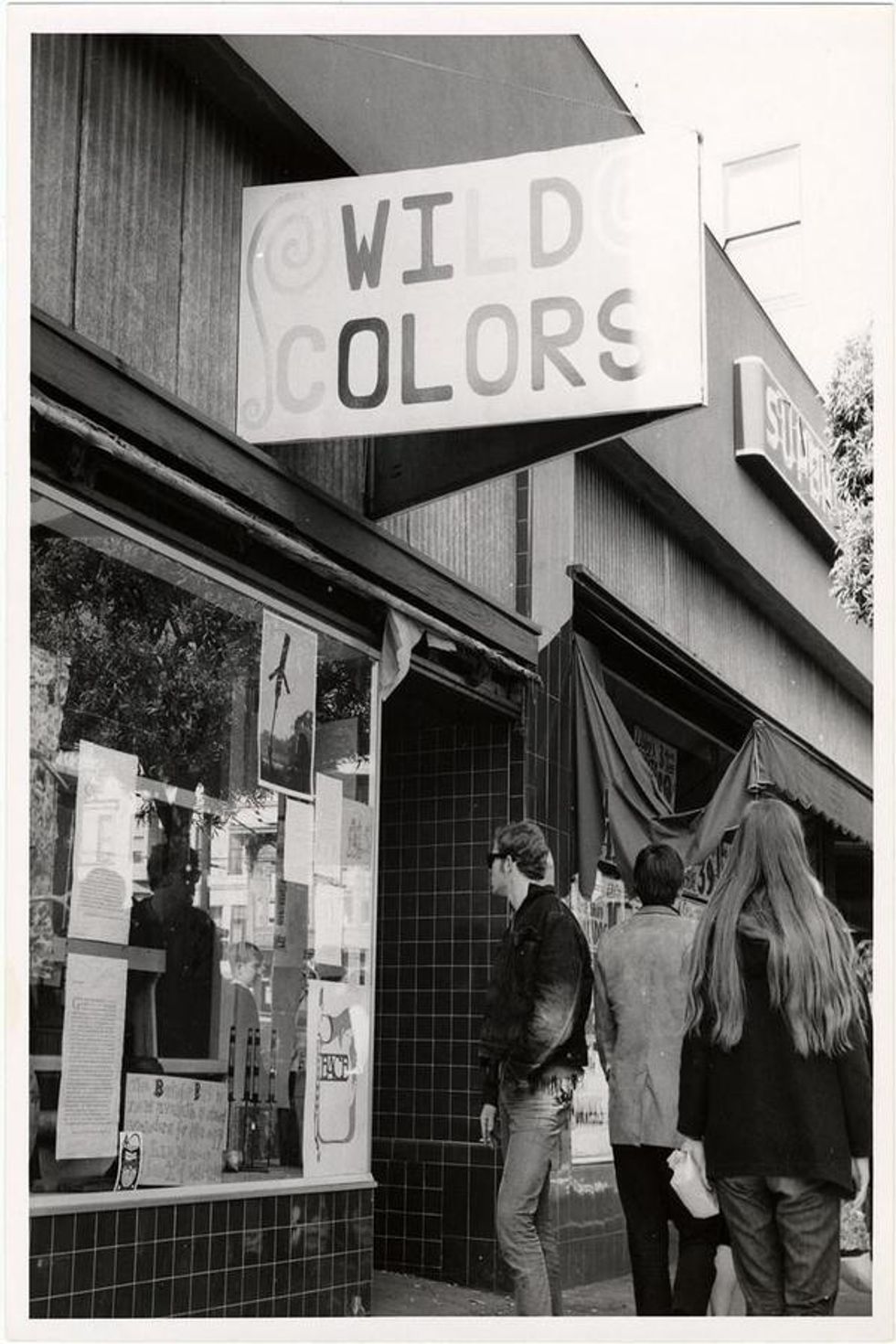 This is a 1967 photo of Wild Colors, at 1418 Haight St. The psychedelic shop, which sold locally produced crafts, is now the home of Hippie Thai Street Food. (via San Francisco History Center, San Francisco Public Library) 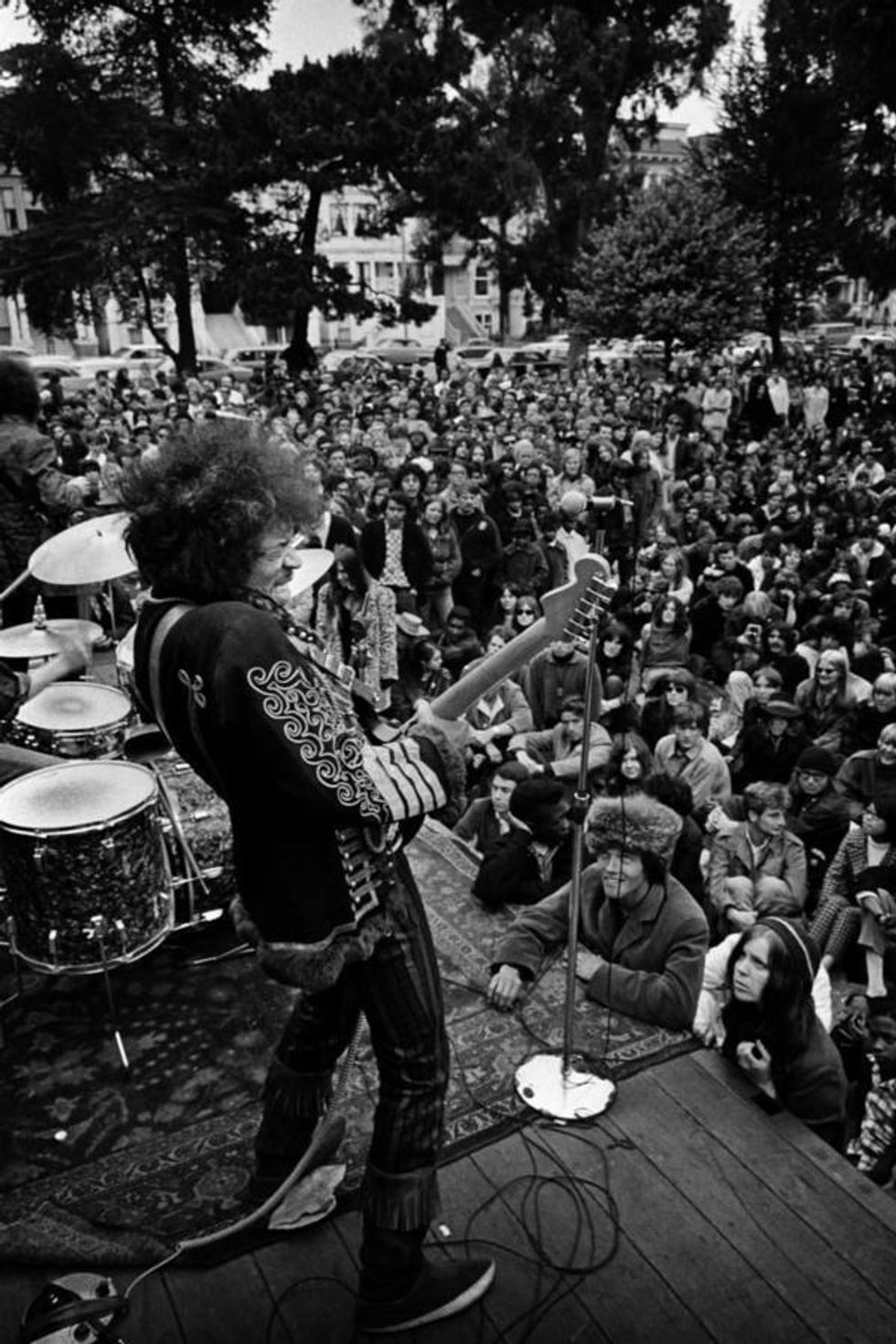 Jimi Hendrix played a free concert at the Panhandle on June 25, 1967. (via Jim Marshall) 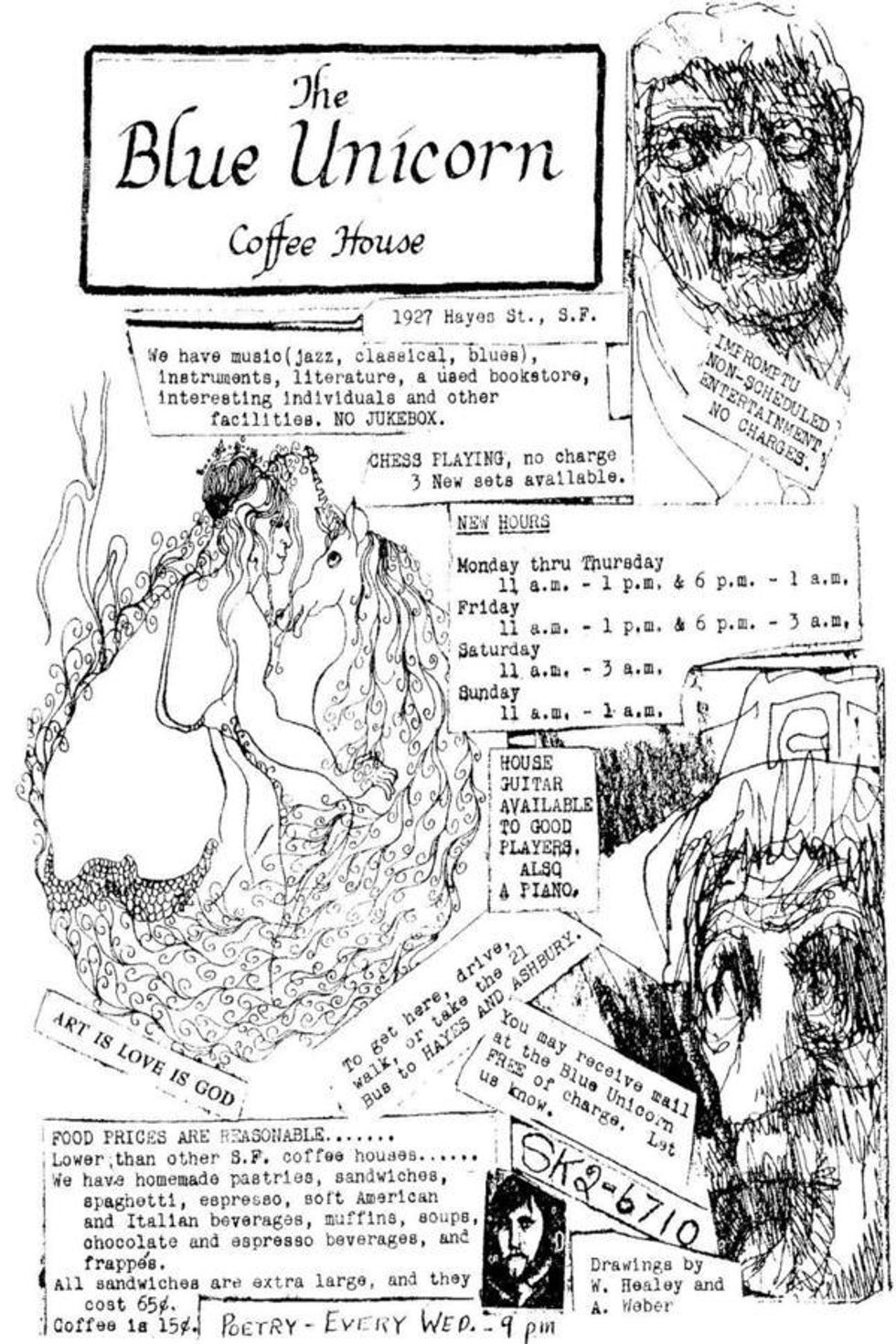 The Blue Unicorn, which was located at 1927 Hayes Street (at Ashbury), has the distinction of being the first hippie coffee shop. In 1965, when journalist Michael Fallon wrote about the locale for the San Francisco Examiner, it was the first time the term was coined and used in print. This flyer, which dates to sometime between 1965 and 1967, is illustrated after drawings credited to Walley Healey and A. Weber, and shows the cafe's various offerings.. (via Blue Unicorn) 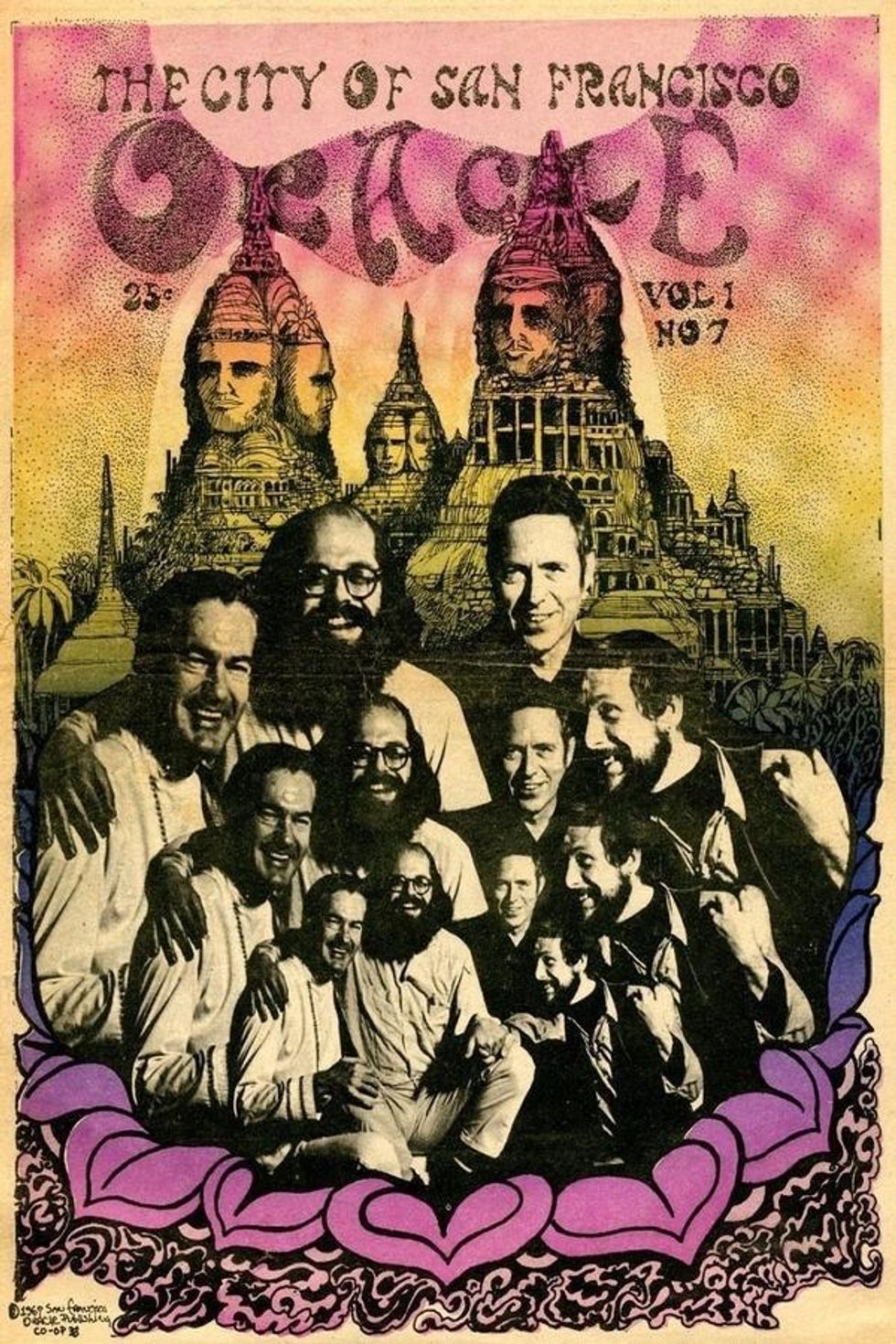 The San Francisco Oracle (at 1371 Haight St.) was The Haight's psychedelic underground newspaper of the time. The first five issues were printed at the Print Mint at 1542 Haight, with 12 issues in total, from September 20, 1966 to February 1968. Topics included the Vietnam War, LSD, psychedelia, music and local happenings. (via Flavorwire) 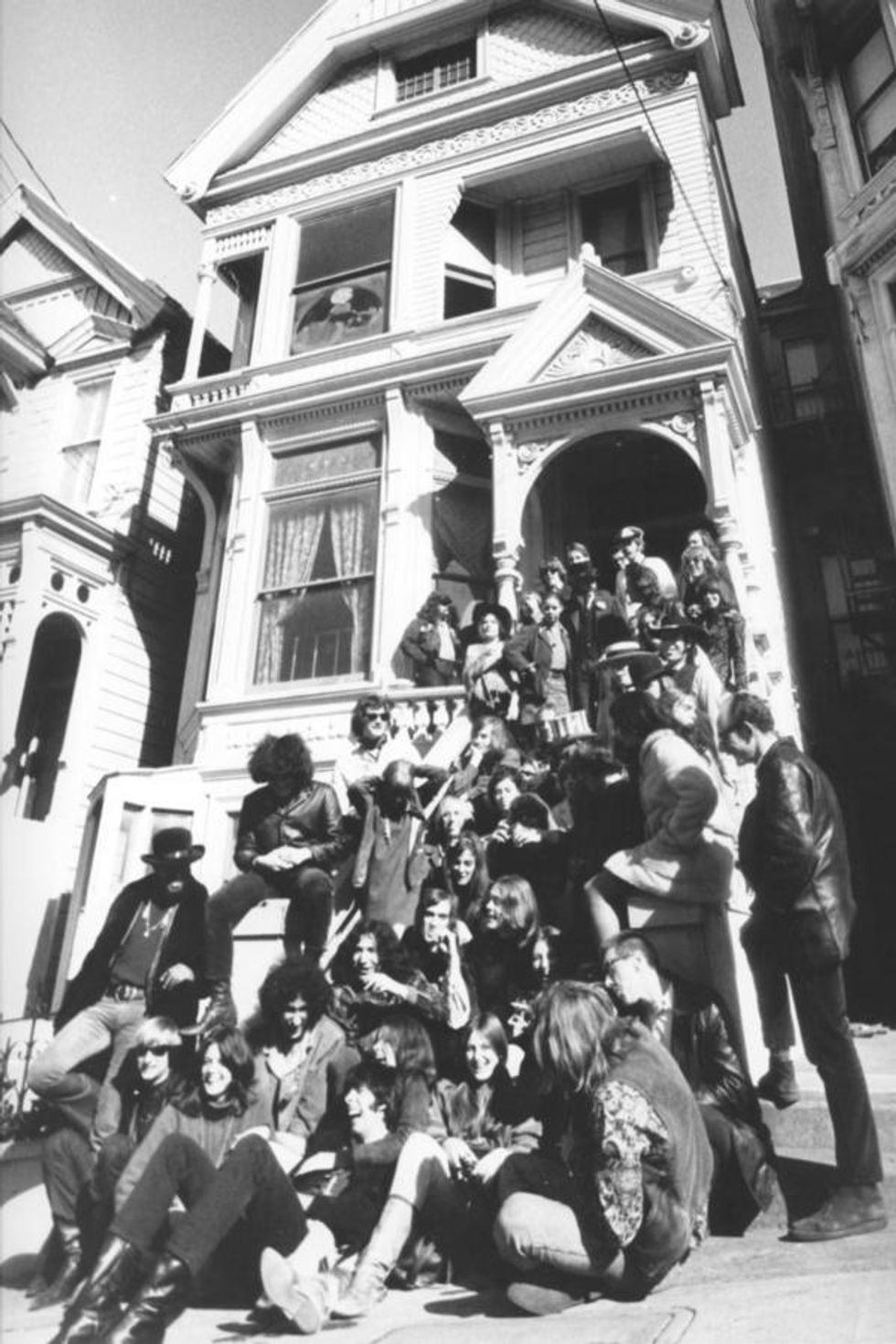 The Grateful Dead where one of the quintessential bands of the Summer of Love. The band lived at this house at 710 Ashbury Street, also the location of a marijuana and hashish drug bust on October 2, 1967, involving several residents of the house. (via Gene Anthony/Dead.net)