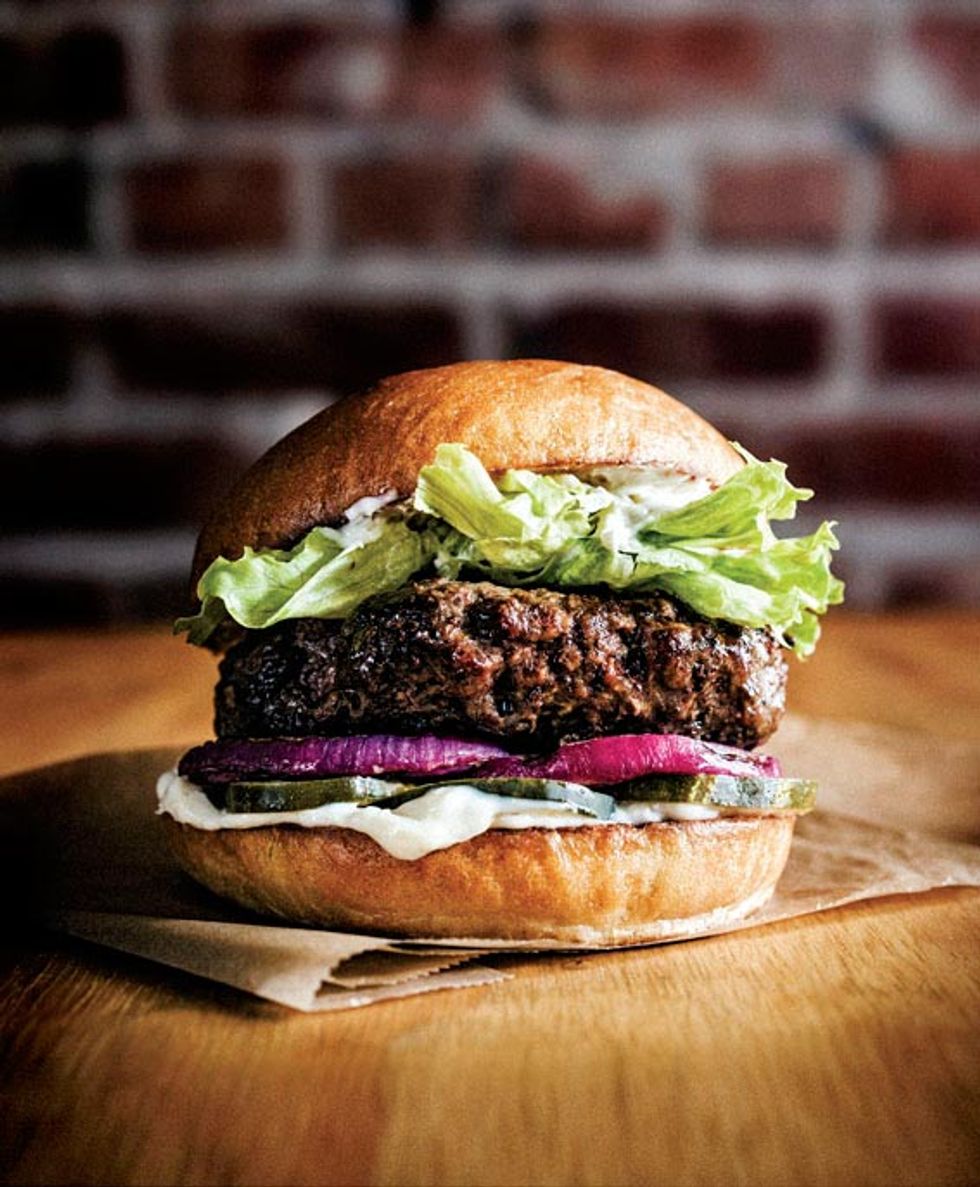 We present to you our favorite local gems in the food department.

BURGER: KronnerBurger
Former Bar Tartine chef Chris Kronner has crafted a marvel at KronnerBurger. That is, a perfectly grilled (read: a touch bloody) grass-fed angus beef patty with pickles, onions, and lettuce balancing the rich meat and tangy cheddar mayo, on a buttered Acme bun rendered splendidly squishy á la plancha. The bone marrow add-on is by no means necessary, but why the hell not?

FESTIVAL FARE:Outside Lands
Culinary delights are beginning to overshadow the on-stage acts  at Outside Lands  (Golden Gate Park), with rock stars 4505 Meats and Namu Gaji jamming some mighty fine eats in 2012. Come August, nosh on bites from them, along with newcomers Rich Table and Nopalito, while you rock out to Phoenix.

FOOD BABY: Srirachup
From Fulton Street’s Sosu Artisan Sauces was born this lovechild of spicy Sriracha and umami-rich ketchup—the ultimate dip for ketchup-lovers eager for a little kick. Nearly two pounds of Early Girl tomatoes are stuffed into each jar for a flavorful burst that begs for a dollop on everything from eggs to potatoes to burgers.

WEAPONS DEALER:Bernal Cutlery
Josh Donald’s nook of knives Bernal Cutlery moved hoods last month, but he’s still offering expert sharpening services, classes, and exclusive blades from Japan—such as the Ashi Hamono 270mm Sujiniki, which was likened to a “laser beam” by Namu Gaji chef Dennis Lee in GQ. Plus, a custom line of knives is in the works. Your produce should be shaking in its grocery bag.

CHEFFING  FOR DUMMIES:SF Cooking School
When Daniel Patterson (Coi), Craig Stoll (Delfina), and Bill Corbett (Absinthe) sign up as deans, you could assume you’d learn something deliciously valuable at the new state-of-the-art facility SF Cooking School. Take a class in pizza making by Anthony Strong (Locanda) or learn the fine art of pastry from Corbett and other A-list chefs at Chocolate Desserts (June 8).

BREAKFAST:The Mill
We all grew up on cinnamon-sugar toast, and no offense to mom, but Josey Baker blows hers out of the toaster. At The Mill, his Divisadero Street temple to bread, childhood toppings are taken up a notch with savory-sweet combos on oven-fresh slices. Think butter and flaky sea salt on delicately sour cinnamon raisin bread.

RAW FISH:Ichi Sushi
Tim Archuleta’s delicately dressed nigiri and gorgeously presented dishes are a sensation, and soon there’s more to go around: He and wife Erin add another Ichi Sushi outpost to their empire less than a block away this fall with more seating, cocktails, and hot items (including yuzu chicken wings and pork belly). Go for chef’s choice with omakase-style service at the original location.

RESTAURATEURS: Cohabitating Chefs
Married chefs Nicole Krasinski and Stuart Brioza of State Bird Provisions (Western Addition) and Evan and Sarah Rich of Rich Table (Hayes Valley) prove that what bodes well at home bodes well for the kitchen with two of the country’s most lauded restaurants this year. Rumor has it the Briozas are expecting their second next year, dubbed The Progress. We can’t wait to see what their next of kin will bring.