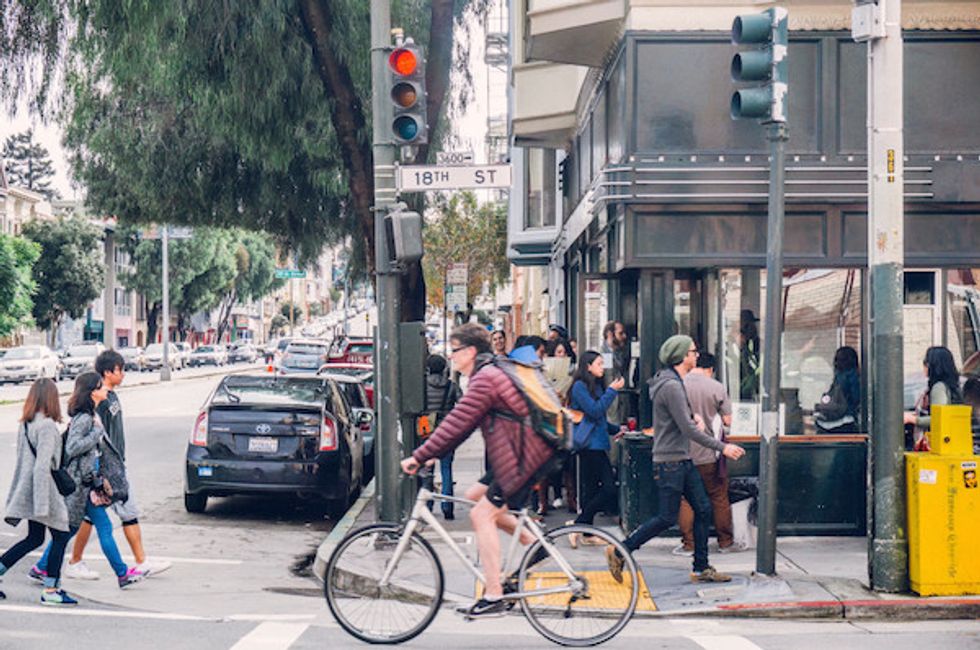 The Mission Is Bringing Us Down, Sing Super Sad Artists

Cribbing LCD Soundsystem's  "Manhattan, I Love You But You're Bringing Me Down" — a ditty about the gentrification making the Big Apple less colorful, et al. — local singing duo Kelly Niland and Chris von Sneidern have created a similar sentiment about San Francisco's Mission District. Yes the much-ballyhooed neighborhood has undergone a drastic transformation over the years, going from working class Latino neighborhood to techie and trustafarian artist enclave. It's nothing you haven't heard before.

I hear you, triste songwriters. And I get it. San Francisco sure isn't the same city it was a few years ago. But...that's kind of the point, isn't it? See, I left my small town (insofar as one can label that gorgeously sun-drenched Orange County beach town "small") to go someplace less sleepy, less stagnant, less fried-bleach-blonde. I wanted to live in a thriving metropolis that was building up around me. Which is why, in part, I moved to San Francisco in 1997. While horrific Ellis Act evictions and wage gap remain dire issues, the main talking point in "Mission I Love You But You're Bringing Me Down" seems to be a loss of one's youth. None of us act or, worse, look like we did back in 1997. Thank Jesus.

"We get it," says SFist editor Jay Barmann in a delightful diatribe. "The Mission isn't as 'scrappy' as it was in 1998. But at some point stuff like this just makes you sound old, and stuck, and bitter."

Besides, the changes happening to the Mission (and other neighborhoods like the Tenderloin) aren't always a bad thing. With so much growth, we do need more buildings. More ice cream. More Michelin stars. The city's rapid growth demands it. But one thing we don't want to see in the Mission is the influx of transplants pulling off this kind of thoughtless chutzpah right on 24th Street: