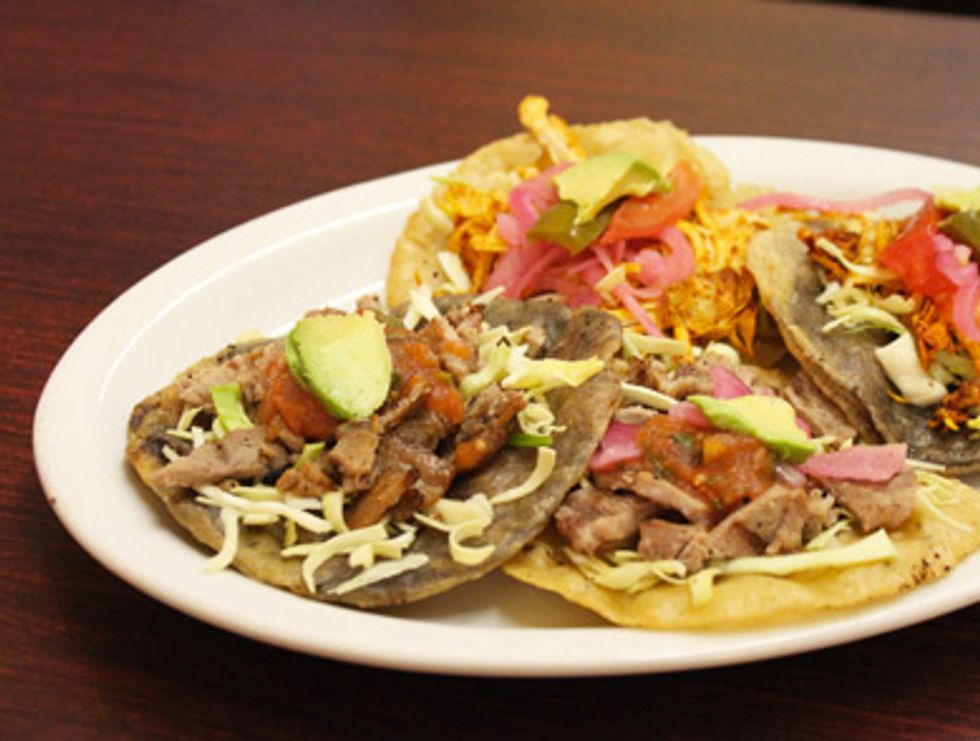 The State of the Mission District, Continued

Proof that the Mission restaurant invasion has not met its end, there are still more newcomers to add to the Valencia Corridor debriefing posted earlier today. Here now, a rundown on the remainder of the Mission's moves and additions that should not go unnoticed—from a bar named after a brothel owner to a new spot to get your panucho on.

The Love Life of Evelyn Lee (491 Potrero): It's been a little over two months since Dear Mom opened on 16th St., and now the owners have taken over the former Mission Hill Saloon, naming it The Love Life of Evelyn Lee—after the romantic escapades of an infamous and deceased brothel madam. Rumor has it they might actually put doors on the bathroom stalls and add a food element, which could be from Wise Sons Deli.

Unnamed Patisserie (TBA): Former Quince pastry virtuoso William Werner has been at it solo for years now: first with his cult-followed ferry building market stall, Tell Tale Preserve Company, and now with a new and still under-wraps brick-and-mortar patisserie concept coming to the Mission this fall.

Dandelion Chocolate: First there were single origin coffees, now there are single origin chocolate bars. With the tagline "bean-to-bar," Dandelion will continue building on the locally made artisan chocolate movement when they open a factory and cafe on Valencia Street—probably some time this summer.

House 530: The son of the owners of Thai House Express, Paul Meeriyagerd's Thai House 530 takes a less traditional approach to his parents' menus. On top of staples like pad Thai, chicken curry "money bags" and a Thai take on pork tacos are on the menu—all of it served in a flagrantly modern white dining room with pockets of astroturf on the walls.

Southern Pacific Brewing (620 Treat Ave.): This former machine shop reworked with a mezzanine, and pounds of reclaimed wood and galivinized steel, is a beautifully airy space to drink beer. Here, there are 21 on tap (7 of which are made in the on-site microbrewery), and sustainably sourced "pub fare," like a braised pork banh mi, to soak it all up.

20 Spot (3565 20th St.): The owners of Russian Hill's beloved jewel of a wine bar, Bacchus, are brancing off to open a larger Mission sister wine bar this June. Expect small production wines on tap, and a creative menu of locally sourced edibles such as sous vide meatloaf and oysters "three ways."

Gajalee (525 Valencia St.): The talented dosa slingers of Udupi Palace are venturing to coastal India with Gajalee, a new hyper-regional Indian spot that should be open this week—serving the seafood-centric cuisine of Goa and Kerala.

Juhu Beach Club (2141 Mission St.): If we're lucky, Juhu Beach Club's carefully executed handmade samosas, and Cal-Indian sandwiches will be available in a real restaurant around June of this year. Owner (and one-time Top Cheffer) Preeti Mistry has a change-of-use permit in the works at the former Quic Pic grocery.

Hi-Lo BBQ (3416 19th St.): The Hog & Rocks team has come out with the name of their forthcoming BBQ joint: Hi-Lo. Now owner Scott Youkilis is working out the recipes for his 7000-pound smoker, as cocktail expert Scott Beattie dials in the best drink pairings for spicy, salty, meaty fare.

Cerveceria de MateVeza (3801 18th St.) - Right on the Castro-facing border of Dolores Park, this new microbrewery promises caffeinated beers brewed on-site with mate, and empanadas from El Porteno. If all goes to plan, it should open this month.

We have our favorites, but we're not telling yet. Share your thoughts on any of these Mission newbies in the comments.