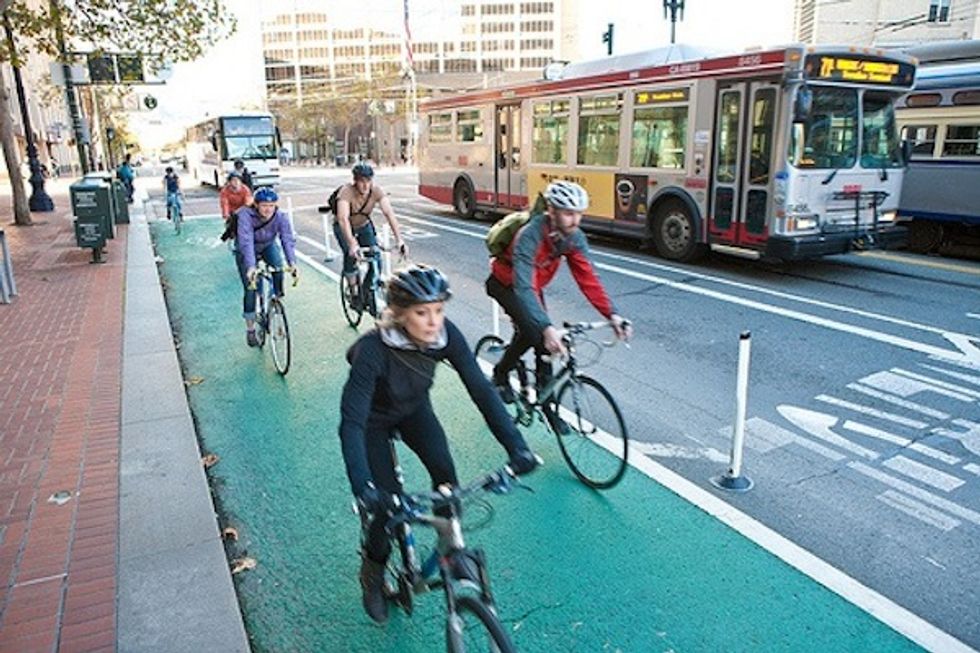 This Video Will Make You Want to Ride a Bike in San Francisco!

It may be chilly outside, but that doesn’t mean you have to wait until September to hop on your bike and pedal to the beach. Ah, ironic San Francisco seasons!

If you’re looking for a bit of inspiration to get your pedal on, check out this great video from BikeWrappers, a San Francisco-based company that makes reflective bike accessories so you can pedal safely at night (or during foggy SF summers).

The BikeWrappers folks have done a great job encapsulating the diversity of San Francisco’s huge cycling community. From little kids skooting their way through the Panhandle on balance bikes, to road racers mashing their way to the top of Twin Peaks, to dirt fans riding single track in Mount Sutro, this is a true San Francisco cycling video!

A Day in the Life of San Francisco Cyclists - 6.30.13 from BikeWrappers on Vimeo.