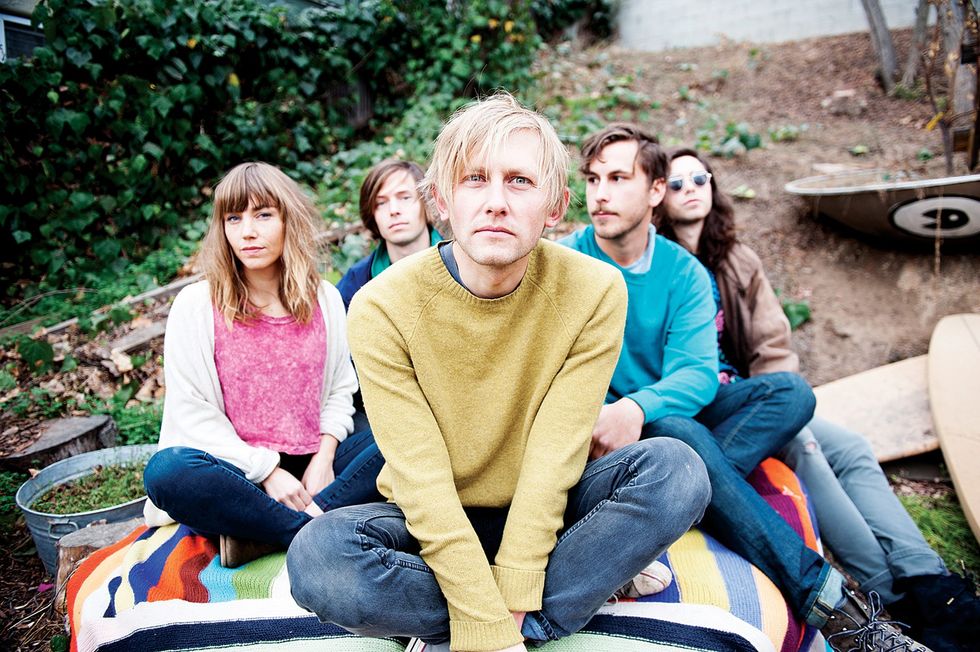 This Week in Live Music: Built to Spill, Waters, Wet, and More

With the Super Bowl in the rearview we can kiss sponsored events goodbye and proceed with our regularly scheduled world-class offering of underground music.

Fresh off an extended hiatus spent working on solo projects and extracurricular ventures, the cult-favorite Super Furry Animals are back on the road, delivering their sprawling discography to their adoring fanbase. Their most recent tour saw them rehashing their still-brilliant Mwng, one of the most idiosyncratic rock albums of the past two decades. // $23, February 9, 7pm; 859 O'Farrell Street (Tenderloin); Get tickets here.

Wednesday: Pussy Riot at The Warfield

To be sure, this isn’t a concert. The politically driven punk rock group visits the Warfield to show a documentary and engage in a discussion with Zarina Zabrinksky. The confrontational performance-art collective, 12 members deep, is promoting a documentary titled Pussy vs. Putin. One thing's for certain: bullshit will be unraveled. // $25-$45, February 10, 8pm; 982 Market St (Mid Market); Get tickets here.

Death, taxes, Built to Spill tours. They’re all inevitable, and some will make your head explode. Rarely does a year go by that this veteran, iconic indie rock band doesn’t pay San Francisco a frenzied visit. And thank goodness, because Doug Martsch’s epic solo guitar work is like oxygen to our ears. // $26, February 9-10, 8pm; 333 11th St (SoMa); Get tickets here.

Bay Area rockers Waters are the best local band you haven't heard of. Their new album, What’s Real, represents the band’s first full-length release since 2011’s Out In The Light (the band released an EP, It All Might Be OK in 2014). The album recalls the alt-rock experimentation of the 1990s, and represents unequivocal step forward for one of the Bay Area's secret star groups in the making. // $16, February 12, 9pm; 333 11th St (SoMa); Get tickets here.

Sunday: Wet at The Independent

Brooklyn three-piece Wet is the latest outfit to dig into R&B nostalgia. Results are mixed, but it’s hard to ignore the band’s significance. The band is capturing all the right kind of press in its early days, even finding a spot in Klhoe Kardashian’s Instagram. If you’re into adult contemporary reduxes, check out their just-released album Don’t You. // $15, February 14, 8pm; 628 Divisadero St (Alamo Square); Get tickets here.