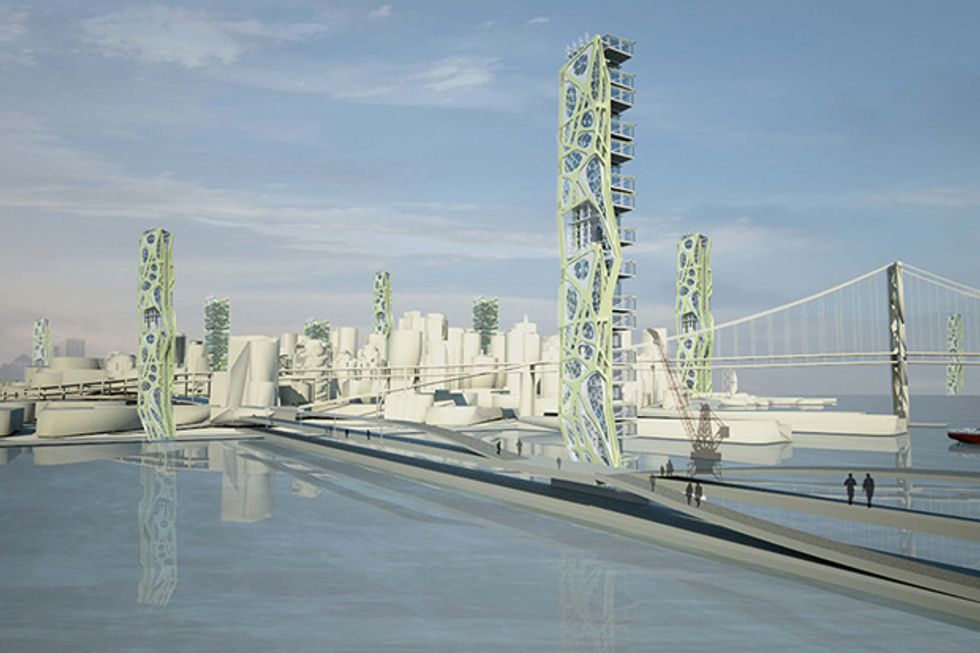 One of the biggest design festivals of the year kicks off this week: Architecture and the City. Hosted by the American Institute of Architects San Francisco and the Center for Architecture + Design, this 10th annual event, called Unbuilt San Francisco will feature more than 40 programs, including walking tours, lectures, art exhibitions, films, and more. Institutions like the Environmental Design Archives at UC Berkeley, California Historical Society, SPUR, and the San Francisco Public Library are showcasing images from their archival collections, which include early designs of San Francisco City Hall, neighborhood-scaled plans that were met with resistance from residents, and outlandish renderings of structures never made it to fruition. Runs on various dates and at five different locations. Opening reception is on September 6 from 5 to 9 pm, Annie Alley, between 678 and 654 Mission Street

To get people geared up for the Architecture and the City festival, Obscura Digital is throwing an opening night bash at its stunning Dogpatch headquarters in San Francisco. Iwamoto Scott Architecture designed Obscura’s headquarters, which is in a light-filled 1940s three-story concrete, steel, and wood warehouse. The party will salute the people, organizations, and cultural institutions that create San Francisco’s architecture and design community. Opening Night Party is on August 30, 729 Tennessee Street.

Click here to read about all of the upcoming design events in the Bay Area!