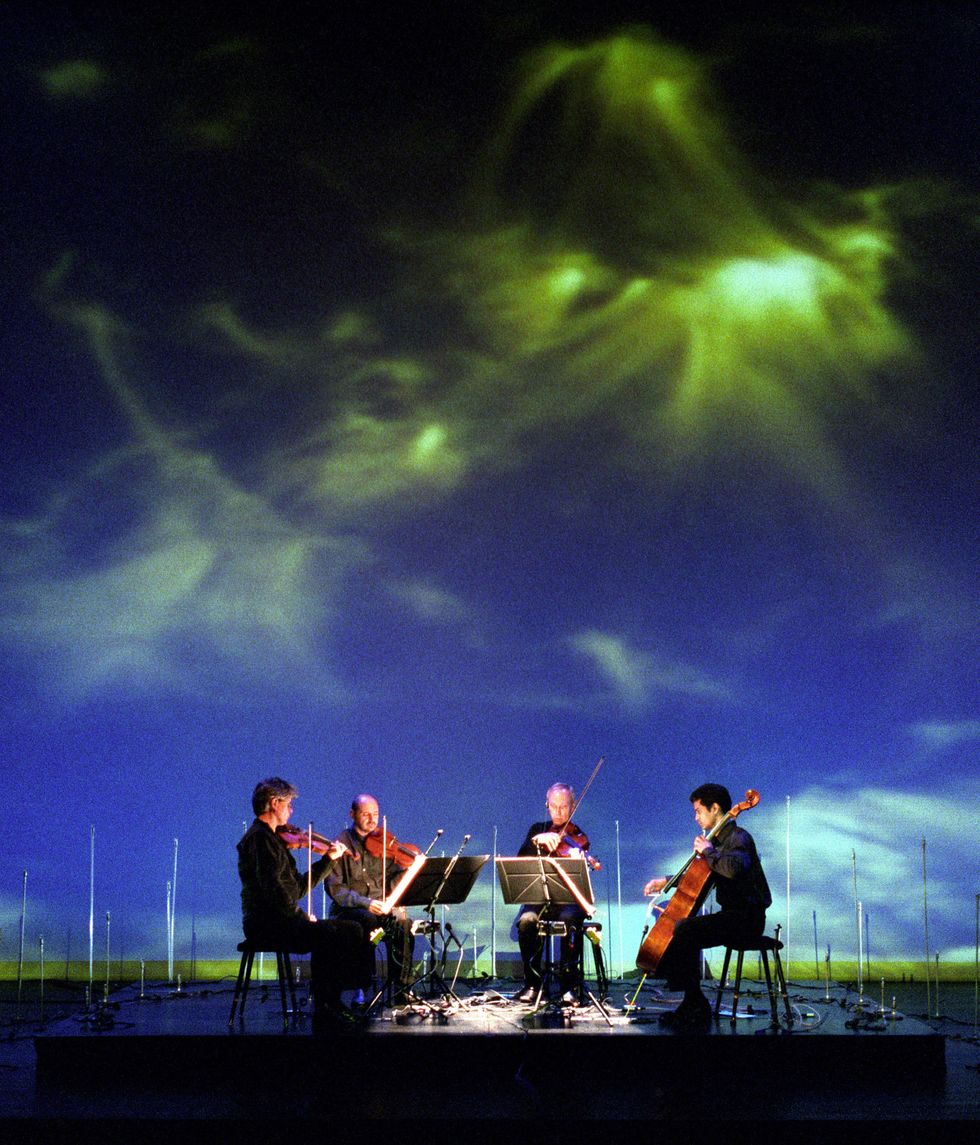 Art
"Seven Sisters"
"Seven Sisters," a group exhibition that dives headfirst into ethics, race, culture, and self-expression, is a who's who of the most established women in the arts- Carrie Mae Weems, Rina Banergee, Toyin Odutola, and Vanessa Prager among them. Weems was recently honored with a MacArthur Foundation "Genius Grant" as well as the Congressional Black Caucus Foundation's award for Lifetime Achievement in Fine Arts. The group show coincides with a retrospective of her oeuvre at Standford's Cantor Arts Center (through Jan. 5, 2014).
When: Exhibit through Sat. 12/7
Where: Jenkins Johnson Gallery, 464 Sutter St.

Conversation
Amy Tan
Best known for her novel The Joy Luck Club, Amy Tan has paved a successful career path as a fiction writer. Born to immigrant parents from China, she grew up as a first generation U.S. citizen. Instead of following her mother's wishes and pursuing a career as a doctor and concert pianist, Tan chose to be an author. Her latest novel, The Valley of Amazement, spans turn-of-the-century Shanghai, Chinese mountain village to nineteeth-century San Francisco. Roy Eisenhardt will lead the City Arts & Lectures conversation with Tan about her inspiration, tips, and experiences as an established author.
When: 7:30 p.m., Tues. 12/3
Where: Nourse Theater, 275 Hayes St.

Dance
Printz Dance Project
In the world premiere of Soul+Mates, choreographer Stacey Printz asks the audience to contemplate the notion of "the one" through an immersive experience that extends far beyond the stage. Outside the theater, a black-and-white photography exhibit and looping film reel illustrate various kinds of couples. Inside, a cinematic performance unfolds as dancers navigate a series of sliding platforms, meant to evoke love, lust, and lost connections.
When: Wed. 12/4–Sat. 12/7
Where: Z Space, 450 Florida St.

Music
Brendan Canning with Holly Miranda
Co-founder of the Toronto group Broken Social Scene in 2001, Brendan Canning popularized Toronto's Draper Street as the band's place to rest and party with family and friends. However, with increased touring commitments and break-up rumors circulating, it was not long before Canning used Draper Street as an escape. His latest solo album, You Gots 2 Chill, captures that feeling of escaping through hushed folk tones, soft melodies, and understated instrumental explorations. Holly Miranda will also take the stage with Canning at The Chapel. With three solo albums out and a fourth on its way, Miranda has made a name for herself touring with other alternative indie groups.
When: 8 p.m., Wed. 12/4
Where: The Chapel, 777 Valencia St.

Alite BREW-HA-Holiday Sale
Alite Designs & Boreas Gear presents their first-ever BREW-HA-Holiday sale. Check out the warehouse sale for a gift for that outdoorsy friend, and then practice your sling shot skills with Hella Slingshots. If you get thirsty, try the Smoked Salted Caramel Belgian Quadrupel at Comrade Brewing's underground beer pop-up. Plus, an added perk to the sale is that 5% of the sales profits will be donated to Philippines relief efforts.
When: Fri. 12/6 - Sat. 12/7
Where: The Alite Outpost, 2505 Mariposa St.

Talk
Photographer John Chiara
Photoalliance brings John Chiara with Letha Wilson to San Francisco for a lecture on photography and his artistic process. The Bay Area photographer known for capturing cityscapes, Chiara creates hybrids of photographic media to produce one-of-a-kind photographs developed by hand. His focus on material and ephemerality of presence are illustrated through perceptual interpretation and soft colors.
When: 7:30 p.m., Fri. 12/6
Where: San Francisco Art Institute, 800 Chestnut St.