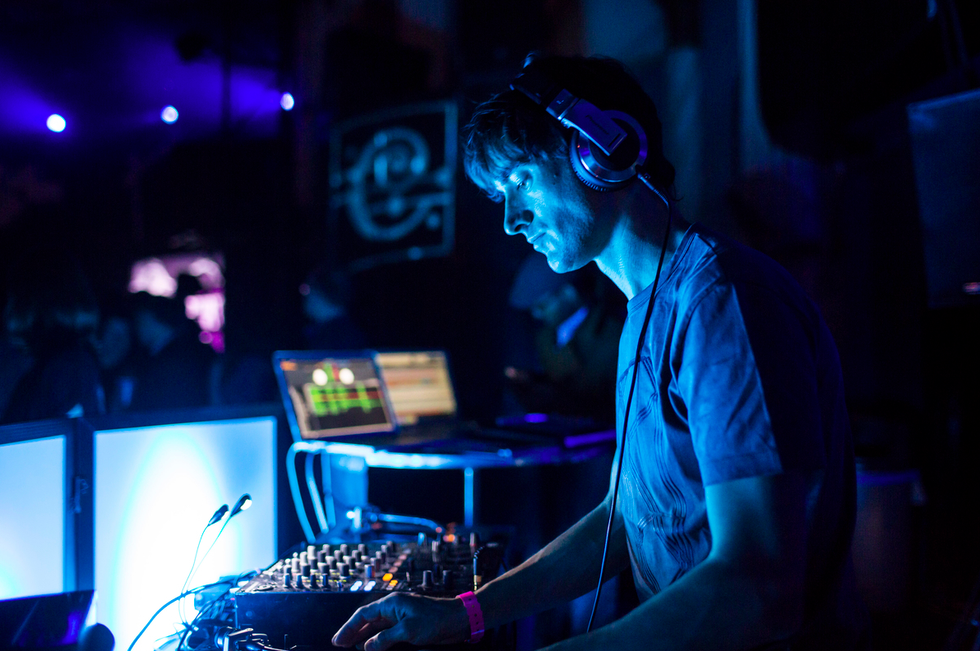 Music
Beethoven + Bates
SF Symphony Music Director Michael Tilson Thomas launches a two-week festival with a pair of composers he greatly admires and respects—the maestro Beethoven and SF's very own (and very young) Mason Bates (aka DJ Masonic and former 7x7 Hot 20). It may sound like an odd match at first, but both composers thrive on pushing boundaries and introducing classically driven music to new audiences. "All programmatic music started with the choral finale of Beethoven's 9th, and my pieces are my efforts to bring back the programmatic approach with a brand new palette," says Bates. Program 1 juxtaposes Beethoven's Symphony No. 7 with Bates' The B-Sides. Program 2 pairs Beethoven's Mass in C with the first SFS performance of Bates' Liquid Interface. Mark your calendars for this must-see.
When: Wed. 1/8–Sat. 1/18
Where: Davies Symphony Hall, 301 Van Ness Ave.

Performance
Liss Fain Dance After the Light
Choreographer Liss Fain is calling it "performance installation." After the Light—created in collaboration with visual designer Matthew Antaky, costume designer Mary Domenico, and composer Dan Wool—challenges the performers with an unpredictable audience that is given the choice to stand, sit, or move about during the show.
When: Thurs. 1/9–Sun. 1/12
Where: Z Space, 450 Florida St.

Theater
The Speakeasy
Another example of immersive performance, Boxcar Theater's The Speakeasy recreates a Prohibitoin-era saloon with craps table and cabaret. The full-length play, of which the audience is a part, includes 35 actors, singers, and dancers. The venue is secret, and ticket buyers won't know where they're going until the day of the show.
When: 8 or 10 p.m., Fri. 1/10–Fri. 1/31
Where: TBD

Music
Lia Rose
Going through a little post-holiday blues? Local singer-songwriter Lia Rose holed up in her SF recording studio to make The Heart of Winter, a compilation of newly realized classics like "Let It Snow," "Baby It's Cold Outside," and "Winter Wonderland." See the album release show at The Chapel, and extend your Christmas just a little while longer.
When: 9 p.m., Fri. 1/10
Where: The Chapel, 777 Valencia St.

Music
Cheyenne Jackson
He's played Tony in the SF Symphony's West Side Story, he starred next to Michael Douglas and Matt Damon in Steven Soderbergh's Behind the Candelabra, he's made regular appearances and cameos on 30 Rock and Glee, and he'll be opposite Gena Rowlands in Six Dance Lessons on Six Weeks, due out soon. But most importantly, he's the hottest eye candy to hit SF in some time. Get thee to Feinstein's to see him croon "I'm Blue, Skies" and other original songs from his new album.
When: 8 p.m., Fri. 1/10 and 7 p.m., Sat. 1/11
Where: Feinstein's at the Nikko, 222 Mason St.

Radio
A Prairie Home Companion
Have you always longed for Lake Woebegone to make a stop in SF? Now's your chance to see Garrison Keillor's A Prairie Home Companion, which draws more than four million listeners each week, in person. Get your tix before this special event sells out.
When: 2:45 p.m., Sat. 1/11
Where: Nourse Theater, 275 Hayes St.

Art
"The Tools"
A study in art as apparatus and instrument, "The Tools" is spilt into two parts: the first looks at utensils, models, and devices that artists have designed specifically for their working process and the second presents work that explores the function and aesthetic of the tools themselves. Heady.
When: Second Saturday reception and event from 7 - 10 p.m., Sat. 1/11; exhibit through Sat. 1/25
Where: Root Division, 3175 17th St.