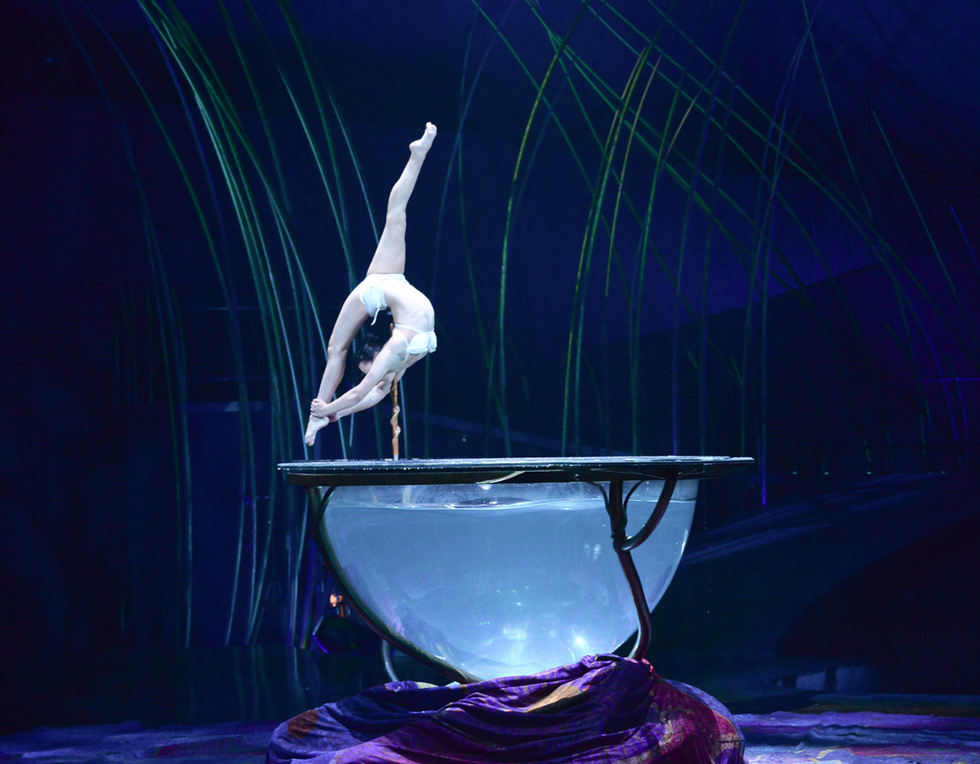 Foodie Conversation
David Tanis and The Kitchen Sisters
"City Kitchen" columnist and home chef advocate, David Tanis, comes to San Francisco to share his thoughts on food with Davia Nelson of The Kitchen Sisters. His latest book, One Good Dish: The Pleasures of a Simple Meal, offers recipes that put a twist on traditional comfort food (check out the ham and Gruyère bread pudding). It's no wonder Tanis is called an original voice in American cooking.
When: 7 p.m., Tues. 11/12
Where: Jewish Community Center, 3200 California St.

Reading
Literary Death Match
The Literary Death Match and Reboot partner for a provocative reading. Selections of Reboot's Unscrolled, a modern interpretation of the torah, will be read by some of today's edgiest Jewish authors. The accomplished group includes Rebecca Bortman, Josh Healey, Caitlin Roper, and Ben Greenman. The reading will be judged by respected Jewish community members and hosted by LDM's Adrian Zuniga.
When: 6:30 - 8:30 p.m., Thurs. 11/14
Where: Contemporary Jewish Museum, 736 Mission St.

Lit
Re-release of Ghost Tantras
The famous lyrical (and out-of-print) Ghost Tantras by Beat poet Michael McClure is coming back to life. Coinciding with his 80th birthday, McClure's legendary work will be available once again. Ghost Tantras was originally self-published in 1964 and became one of McClure's signature works for his poetry's reliance on written sounds rather than images and pictures. Come celebrate the re-release with McClure after nearly 50 years since the books debut.
When: Fri. 11/15, Launch party at 7 p.m., Wed. 11/20
Where: City Lights Books, 261 Columbus Ave.

Music
Toro y Moi
With the recent release of his third full album, Anything in Return, Toro y Moi encapsulates how an artist can share his true self. The album seems to bring a combination of producer-songwriter talents together to capture intuitive pop melodies. Toro y Moi seems bent on proving his diversity as a prolific musician in the psych-pop world.
When: 8 p.m., Fri. 11/15
Where: The Fox, 1087 Telegraph Ave.

Performance
Cirque de Soleil's Amaluna
This fall, San Francisco gets its dose of the otherworldly in Cirque du Soleil's production of Amaluna. Named for a mysterious island lorded by goddesses and cycles of the moon, the production is a celebration of women and marks the troupe's first-ever predominately female cast. At the helm is Diane Paulus, who won this year's Tony Award for best director for her work on Pippin.
When: Fri. 11/15–Sun. 12/29
Where: AT&T Park, 24 Willie Mays Plaza

Conversation
Ira Glass
Ira Glass comes to San Francisco with Monica Bill Barnes & Company for a show that combines dance and radio, two art forms that Glass says should never be put together. The performance is a lively and funny event that was a hit from its beginning at Carnegie Hall.
When: Sat. 11/16–Sun. 11/17
Where: Nourse Theatre, 275 Hayes St.