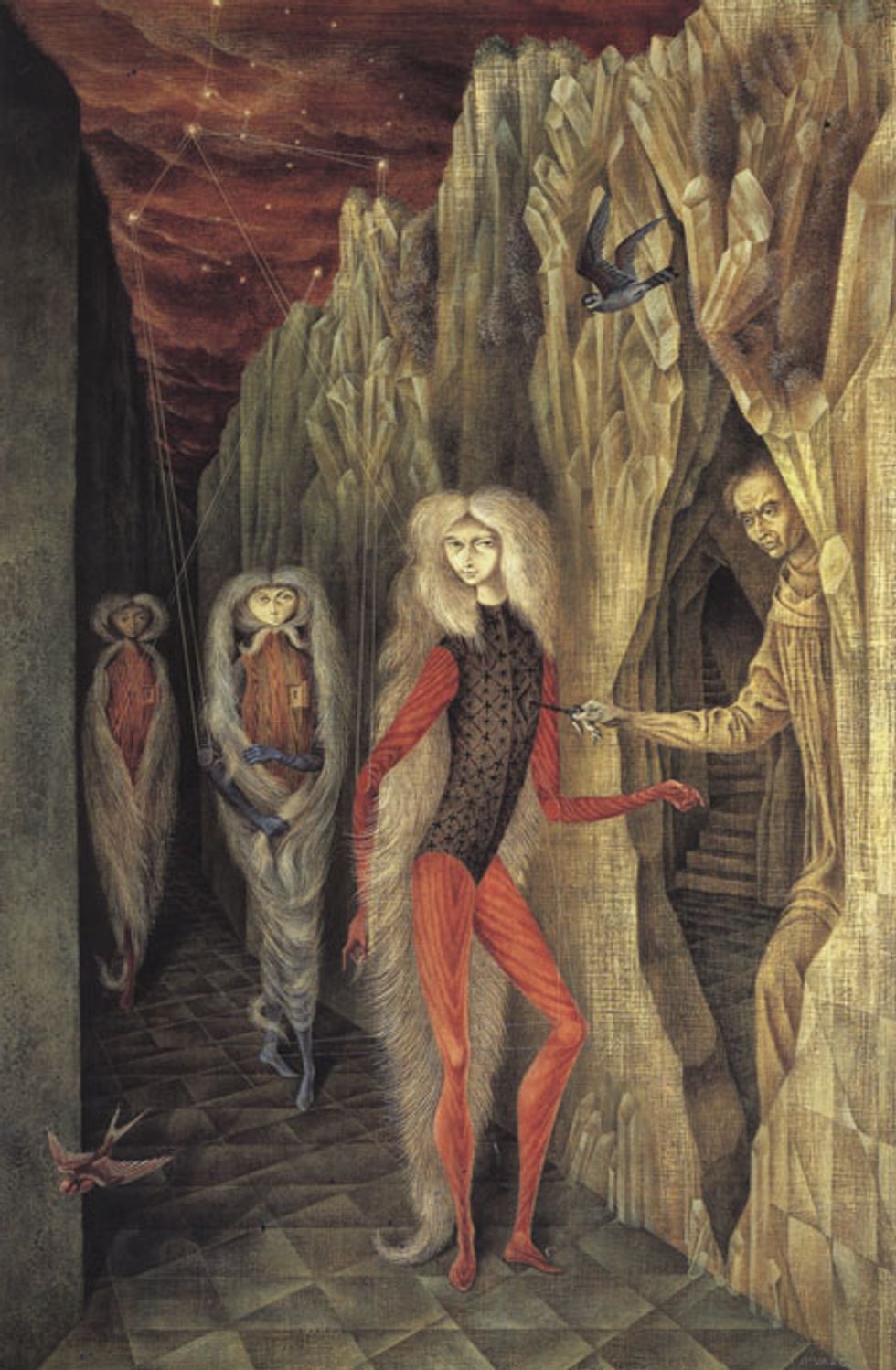 Theater
Ghost Light
You've had your holiday kicks, now it's time to get serious. Ghost Light—a heavy story with a lot of local relevance—is a fable based on the 1978 assassination of SF Mayor George Moscone, much of it told from the perspective of his son.
When: Fri. 1/6 – Sun. 2/19
Where: Berkeley Repertory Theatre, 2025 Addison St., Berkeley

Art
Remedios Varo
Spanish born surrealist painter Remedios Varo may not be as well known as her male counterparts, but one look at her work, and you'll see that she produced some of the most inventive work from that period. Frey Norris hosts the first Western U.S. exhibit of her work. This is one you don't want to miss.
When: Sat. 1/7 – Sat. 2/25
Where: Frey Norris, 161 Jessie St.

Art
"Disrupture"
Inspired, in part, by deep political and economic chasms á la the Arab Spring revolts and international Occupy movements, "Disrupture" is a collection of multimedia installations by C. Ree, Heather Sparks, and Jennifer Wofford that couldn't be any more timely. Get this one on your radar.
When: Sat. 1/7 – Fri. 2/17
Where: icTus Gallery, 1769 15th St.

Theater
Mythbusters: Behind the Myths
Jamie Hyneman and Adam Savage, the men behind the Discovery Channel's Emmy-nominated science show, take to the stage for a series of live experiments and behind-the-scenes stories (they may even talk about the recent cannonball mishap in Dublin). Get your inner science nerd ready—we hear the show includes audience participation.