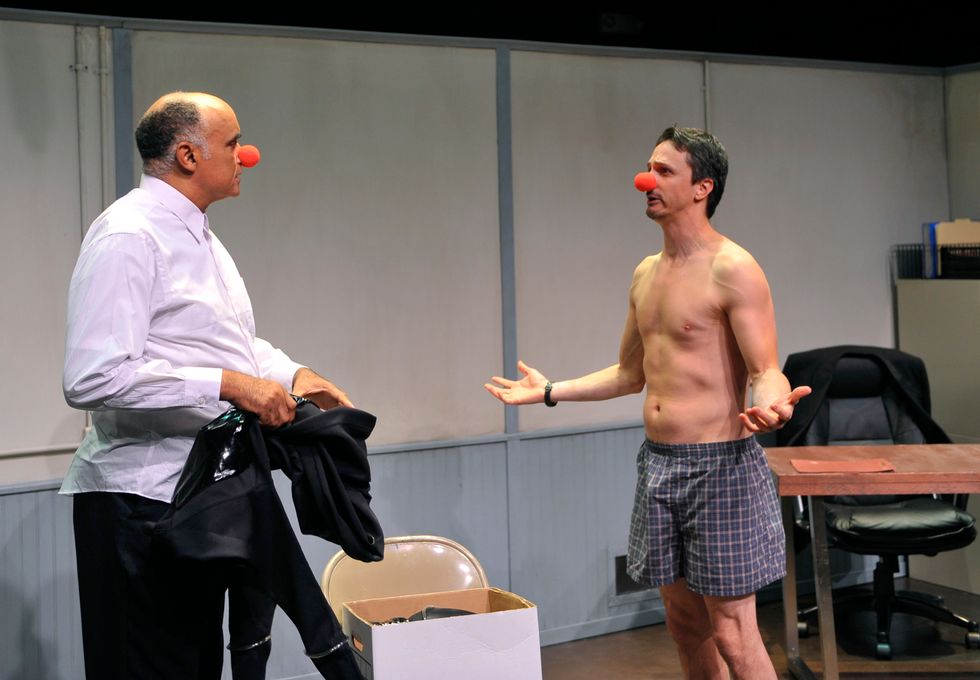 Americans enjoy constantly reinventing themselves - switching jobs, changing names, altering history. But what becomes of our anchor after we’ve left so much behind? Award-winning playwright Yussef El Guindi explores the fragmented American dream in a wry juxtaposition of comic political thriller and immigrant family story. Set in a Homeland Security detainment facility, Language Rooms is fueled by office gossip, the national politics of paranoia and patriotism, and El Guindi's own brand of absurdist humor.

José Sarria was San Francisco’s first openly gay public figure. He started as a drag performer at Black Cat Cafe in the early ‘50s and rose to fame and popularity, running for supervisor a full decade and a half before Harvey Milk. SexRev is a musical that takes a non-linear approach to the life of America’s first queer activist, with all the camp and operatic parody one could want. Sarria’s enormous influence on gay entertainment and LGBT politics definitely deserves a musical chorus and some feathers.

A prison guard, a debutante who climbs behind the wheel after one too many vodka cranberries, and Marie Antoinette's ghost start a late-night battle in jail. Little Red Riding Hood meets Rapunzel in a comedy of manners as Red sidesteps a conniving cross-dressing werewolf.  The manifestations of three needy virgins throw the men of a haunted oil-rig into havoc. Capping off No Nude Men’s successful season, these three short plays by cutting-edge local playwrights explore social stereotypes through the lens of damsels in distress.