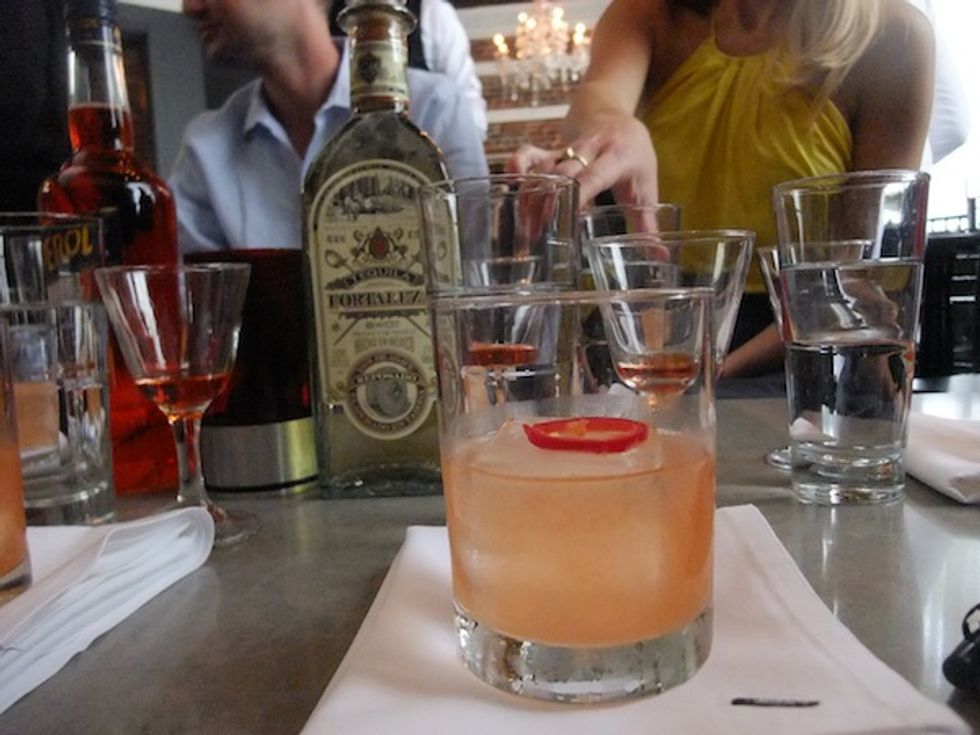 There’s nothing like a good pub crawl to get your spirits up. Three Bay Area guided cocktail tours offer much more than the typical--not just drinks but snacks and stories to go along with, all within walking distance of one another. Each tour ends with an email message listing each of the tour stops and some include further drinking and dining recommendations as well.

Avital Tours Union Square Cocktail & Food Tour was the first on the scene, launching last year during Cocktail Week. Avital Ungar is a cocktail enthusiast and certified sommelier and her two hour tour covers just three bars, but you spend a good amount of time in each, allowing you to soak up the vibe and luxuriate in details about the bar you’re visiting and the signature cocktail you’re drinking. Two of the bars offer tasty bites to help you absorb the alcohol in the cocktails which include powerful libations such as the Poquito Picante at the Burritt Room. The tour offers lots of local history and details about the contemporary bar scene as well. Tours run Saturdays from 4-6 p.m. and Wednesdays from 7-9 p.m. and are $64 per person.

Edible Excursions San Francisco Craft Cocktails Tour is launching this month with a three-hour tour and visits to five bars -- delving a bit deeper into the Tenderloin. Drinks such as a mezcal version of the Last Word at Cafe Royale are abbreviated versions, so you don't have to worry about how your evening will end. There’s food at one bar and self-proclaimed cocktail nerd, M. Quinn Sweeney, the leader and creator of the tour thoughtfully brings along Vietnamese sandwiches to nibble at another. The stops on the tour highlight everything from classics, to home town originals, barrel aged cocktails, Latin American spirits and more. Tours run Thursdays from 6-9 p.m. and cost $85 per person.

Localite Tours Retro Cocktails in Uptown Oakland is the brainchild of two locals, including Serena Laing, who has written a slew of local guidebooks and is a passionate champion for the East Bay. Not a cocktail geek, she says the neighborhood, with its distinctive art deco architecture and history spoke to her, clearly indicating a cocktail tour was in order. And it's hard to disagree. The tour is somewhere between 2 1/2 to 3 hours long and covers about eight blocks and signature drinks  of varying sizes at four bars such as Carter Beats the Devil at Flora. It also includes nibbles from some of the bars and informal chats with bartenders and lively stories from the guide on notable arts figures from Oakland's recent and not-so-recent past, giving the tour a nostalgic and almost poetic feel. Tours are on Thursdays at 7 p.m. and cost $65 per person.