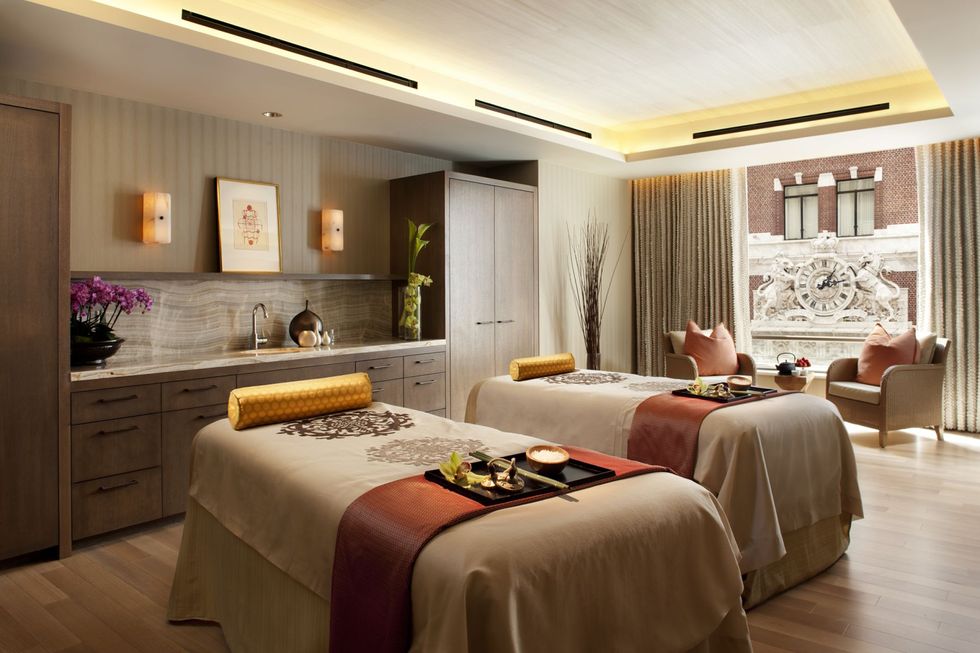 Take a glimpse at the San Francisco skyline and you won't notice anything out of the ordinary. Yet, walk into a few downtown San Francisco hotels and you might notice some stark differences. That's because local hotels have been getting major upgrades. Today, we feature three San Francisco hotels that have recently undergone significant renovations.

1. Grand Hyatt San Francisco. The Grand Hyatt is in the final stages of finishing their multi-phased $70 million dollar renovation. Guests who have previously stayed at the Grand Hyatt will notice something different as soon as they walk in, as the hotel features a stylish new lobby with contemporary decor to complement it. There's a heavy culinary emphasis with the renovations, which includes a new restaurant and bar, called OneUp, featuring regional cuisine. Also of note is the revealing of Grand Hyatt's very own food truck. While San Francisco is no stranger to food trucks, it hasn't had a hotel-run mobile operation like this. Other upgrades include renovations to meeting spaces and revamped guest rooms.

2. Hotel Adagio. While the Hotel Adagio's renovations may be the slightest among the hotels listed here, they don't go unnoticed. One of many of San Francisco's historic hotels, the Adagio's guest room upgrades include new luxury linens and in-room technology, such as flat-screen televisions and iHome docking stations. Most of the other hotel upgrades are cosmetic, such as more contemporary decor in the public areas, restaurant, and bar.

3. Mandarin Oriental San Francisco. Renowned for its beautiful views, the Mandarin Oriental San Francisco has undergone a slew of renovations over the last year. While last spring saw the debut of a new restaurant, Brasserie S&P, and revamped rooms, this fall sees the unveiling of the Mandarin Oriental's new 8,000-square-foot spa and fitness center. The fitness center is open 24 hours a day, while the spa, which is the hotel's first spa, is open daily from 9 am to 9 pm, with an array of different treatments, including "Time Rituals," encouraging guests to book time, rather than specific treatments, so the services can be more tailor-made.