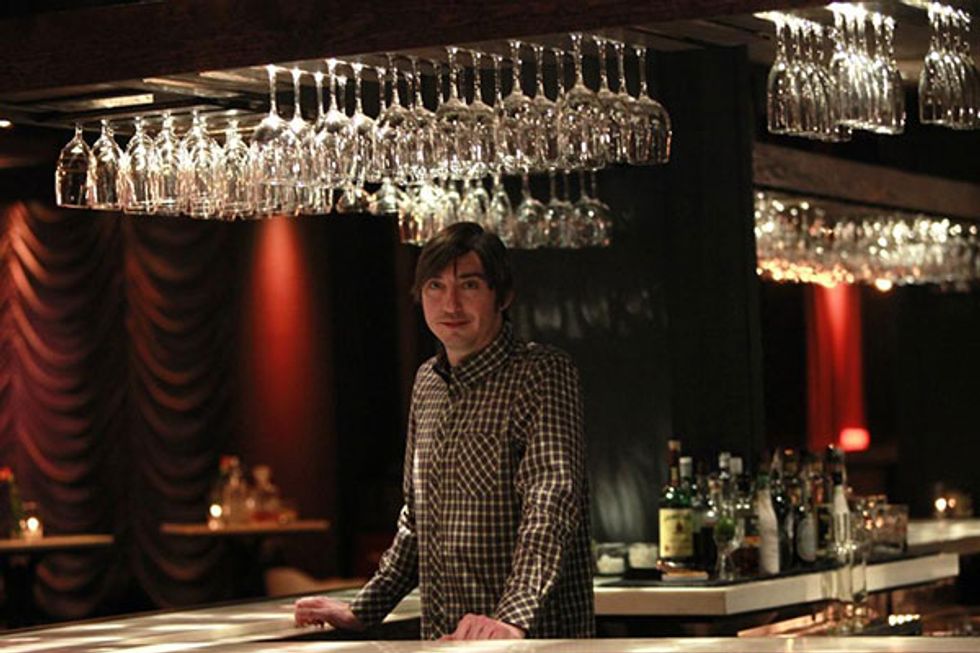 We Wanna Be Friends With Future Bars Owner Doug Dalton

After working in New York for two years, software engineer Doug Dalton (whose impressive resume includes time clocked at Estee Lauder, Sprint, and Netscape) found the cocktail culture in San Franciso lacking in comparison to the East Coast. So, he started opening bars of his own.

Dalton was introduced to the nightlife business by working as a bartender at Anu (in the current OMG space). When a neighborhood fire forced the bar to close in 2004, Dalton and his partner, Brian Sheehy, took their liquor license to Union Square and opened Swig. That marked the beginning of their powerhouse nightlife company, Future Bars.

Known for their speakeasy-inspired interiors and fresh cocktail ingredients, in the past five years, Future Bars has opened Bourbon & Branch in the Tenderloin, Local Edition in a basement on Market Street, Devil's Acre in North Beach, and seven other bars and liquors stores around San Francisco. Their newest addition, Tupper & Reed in Berkeley, serves up boozy punches on tap in a 100-year-old space on Shattuck Ave.

Each of Dalton's seven bars are historical references to either the space or neighborhood in which they’re situated. Local Edition, for instance, was previously a printing house in the basement of the Hearst Building, and the bar houses (on loan from the Hearst family) the film projector that William Randolph Hearst used to watch Citizen Cane for the first time!

We caught up with the successful entrepreneur to find out his favorite things in San Francisco.

Do you still bartend?

I bartended at Anu for a year. Not any more though. I wish I had the skill set that my amazing staff has.

How many bars do you have?

Currently we have ten locations, seven of which are bars, and three are spirits stores.

How do you feel about California’s 2am drinking cut off versus New York’s 4am?

SF used to have a 24-hour drinking policy. It’s gotten more restrictive over time. I think it would behoove SF to have more drinking hours, as it’s a major tourist destination. I think 4am would make sense. In New York you have people who taper off. Nobody stays until 4. I think 2am is fine, really.

I know you love the San Francisco music and art scene. How do you stay involved?

I help out with a bunch of music events in SF. I am involved with Hearts After Dark (San Francisco General Hospital fundraiser) and I get involved with music anytime I can.

What's your hands-down, absolute favorite thing to eat in SF?

Sushi. If you were to ask my staff, they would say that  I live at Sushirrito. I love that place!

What's your perfect night on the town?

I love those nights when you meet up with friends with a specific plan, then that gets derailed and you have a blast doing whatever comes at you. You go someplace and you run into everyone that you know and it’s party mayhem from there on.

What's your favorite place to go on a day trip from the city?

I love Napa. It feels like the great outdoors. It’s so beautiful up there, and it’s super easy to get to.

Do you have a favorite SF street festival or annual event?

On a sunny day I love the beer garden in Hayes Valley. I also love Fig and Thistle and Brass Tacks, especially since they're all close to my home.

What’s your go to place to take out-of-town-visitors?

Other than my own? I just did this when my sister and nephew came to town— and I know it sounds super cheesy—but I took them to Forbes Island (Pier 39). I had never gone and I really enjoyed it. It has a great backstory too: The owner, Forbs Kiddoo, built it as his home in Sausalito and it was a crazy party pad.

Three words that describe your life in SF?