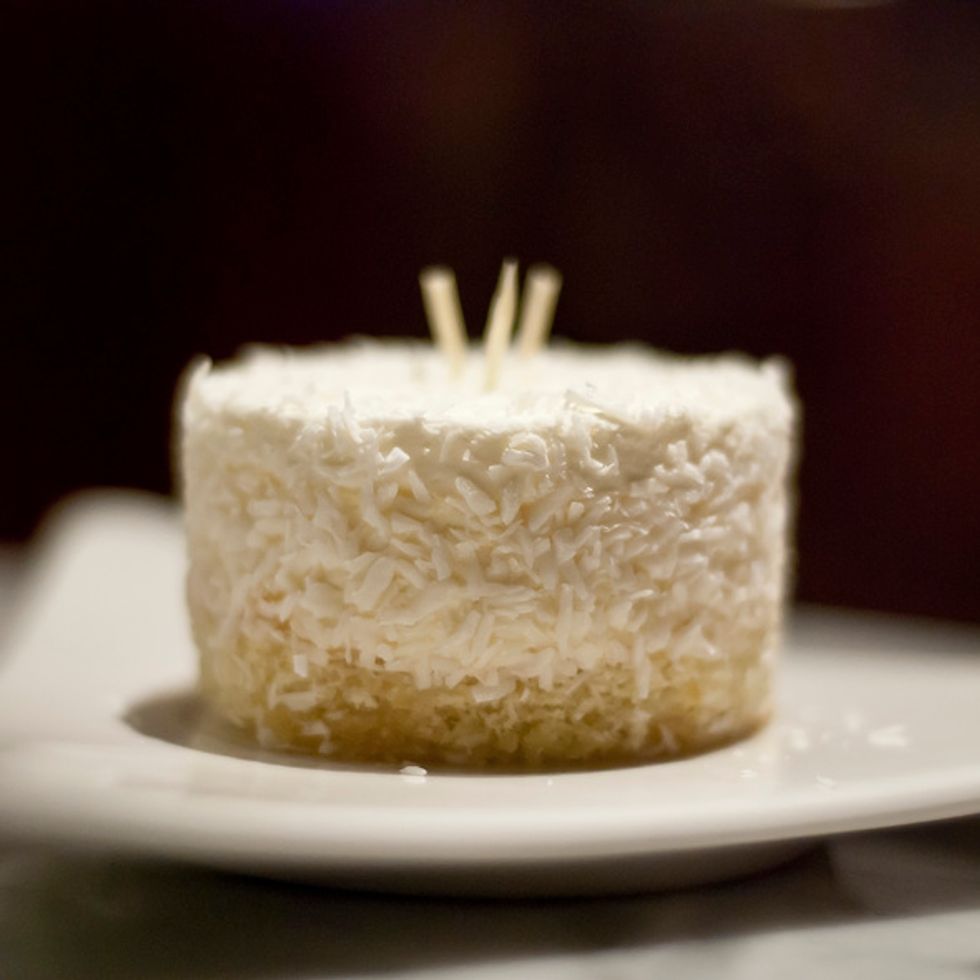 The city's newest tavern Jasper's Corner Tap & Kitchen opens in the former Ponzu restaurant. The old-timey menu includes fish 'n' chips in a polenta crust and Shepard’s pie made with minced lamb and baked in a white cheddar potato crust. There are also small bites such as warm soft pretzels with smoked Gouda and cheddar fondue. For drinks, think stouts, sours, ciders, and your usual pilsners and ales, as well as a wine program designed by sommelier Emily Wines. 401 Taylor (at O'Farrell)

If you've ever wondered how Citizen Cake gets their cupcakes to be so moist and flavorful or how Orson gets their pizza dough to rise perfectly, chef Elizabeth Falkner will be holding her summer cooking class series. She'll reveal the secret ingredient goodies such as mousses, marshmallows, and soufflés (air), as well the keys to perfect biscuits and meatballs. Wine and hors d'oeuvres will be served too. Classes are from 3 to 6 p.m. on Saturdays at Orson's private dining room for $100 a person or $350 for the class series. 508 Fourth Street (at Bryant)

The California Academy of Sciences is taking a break from its usual planets and marine life to hold their first Local Bites: A Taste of Summer event from 2 to 5 p.m. at their West Garden. You'll learn about local produce, the Academy's landscaping practices, and how to garden in the city. City favorites such as Justine Kelly of The Slanted Door, Erik Lowe and Bruce Hill of Bix, and Jessica Boncutter of Bar Jules will be on hand to dish advice and hors d'oeuvres, alongside live classical hip-hop tunes provided by Cello Joe, a cellist beat boxer. Get tickets here. 55 Music Concourse Drive (at Martin Luther King Jr.)

Also, San Francisco's chefs take over Union Square for the third year in a row at SF Chefs 2011. Supporting the Golden Gate Restaurant Association Scholarship Foundation, SF Chefs 2011 features classes, demonstrations, speakers, and even some parties, in addition to their Grand Tasting Tent with more than 200 of San Francisco's restaurants, bars, breweries, wineries, and distilleries. The food festivities begin Monday, August 1, but will kick off with the SF Chefs Cable Car Crawl on Sunday from 2 to 6 p.m. The Cable Car Crawl takes guests via an electric cable car to restaurants Butterfly, Alexander's Steakhouse, Roy's, and Luce for samplings of their most popular plates and wine-cocktail pairings. Tickets are $55 and can be purchased online.

The Commonwealth Club of California will be holding a discussion with SF's 2011 James Beard Award winners, such as architect Joshua Aidlin and chef and owner of The Slanted Door Charles Phan, to talk about the food truck phenomena and what they think makes a restaurant great. The jabber starts at 6:30 with a reception to follow after. Tickets are $20 for general admission or $12 if you're a member. 595 Market St. (at Second)