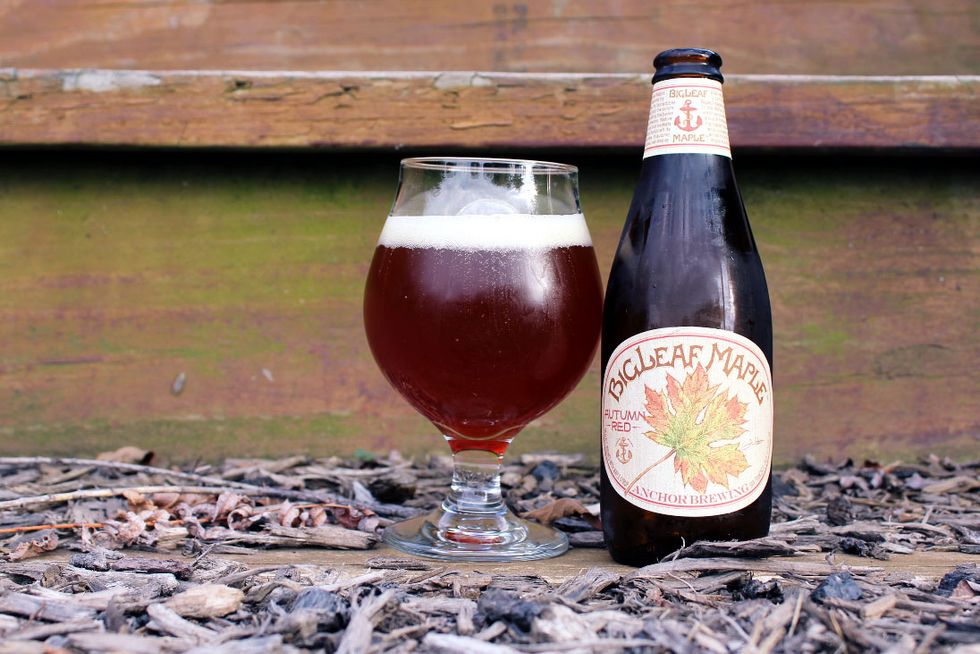 6 Seasonal Beers to Help You Transition into Winter

Shorter daylight hours and cooler temperatures are slowly driving us indoors, which means it’s time to hunker down and pick up the darker, richer beers of fall. Thankfully, local craft brewers are prepared for the change in seasons with delicious beers to help smooth the transition.

Achieving the perfect pumpkin sour is not an easy process. Almanac's sour began as a brown ale fermented with hand roasted heirloom pumpkins from La Tercera Farm in Bolinas, before being transferred into freshly-emptied Woodford Reserve Bourbon barrels and infused with seasonal spices such as ginger, nutmeg, and cinnamon. The ale was then dosed with Almanac’s signature “Dogpatch” sour culture, a combination of wild Belgian and American yeasts including San Francisco sourdough starter. After months of aging, the barrels are blended together for a finished product that balances malty sweetness, roasty pumpkin, mild spices, and an underlying tartness that resembles a Flanders Red more than a traditional pumpkin beer - great for hearty fall dinners.

To achieve their famous Big Leaf Maple, Anchor brewed a malty red ale and added real maple syrup. To balance out all of the caramel flavor, the brew masters used Nelson Sauvin hops in the brew kettle and then dry hopped the ale with a blend of Nelson Sauvin, Citra, and Cascade. The result is a surprisingly-crisp, fall beer with a strong malt backbone.

Tumbler is Sierra Nevada’s version of the classic brown ale and includes a blend of sweet crystal, chocolate, and slightly-smoked malt to provide a rich flavor. It's still a Sierra beer though, with enough Challenger and Golding hops to take the beer to the same crisp level as their flagship Pale Ale. Tumbler is available in Sierra’s fall 12-pack, grab one before it's too late!

This pumpkin beer has become a fall staple for locals. Magnolia starts with a malt-heavy ale, adds chunks of organic, sugar pie pumpkins, a sprinkling of nutmeg, clove, allspice, and cinnamon, and then toasted pumpkin seeds for some additional roasty notes. The result is a balanced, creamy, mahogany-colored ale, that's malty and mildly spicy.

Not in the mood for pumpkin? Magnolia has another seasonal, an old-style English Ale, with rosebuds and lavender added to the boil and Cabernet Franc juice added to the fermenter. The resulting beer/wine hybrid has a faint purple hue with wildly complex floral, rose, spice, and fruit notes and a long, tart finish.

Half Moon bases their seasonal on a rich amber ale, then adds roasted pumpkin and spices. The result is mild caramel and toffee notes, perfect for pairing with dessert or enjoying all by itself.